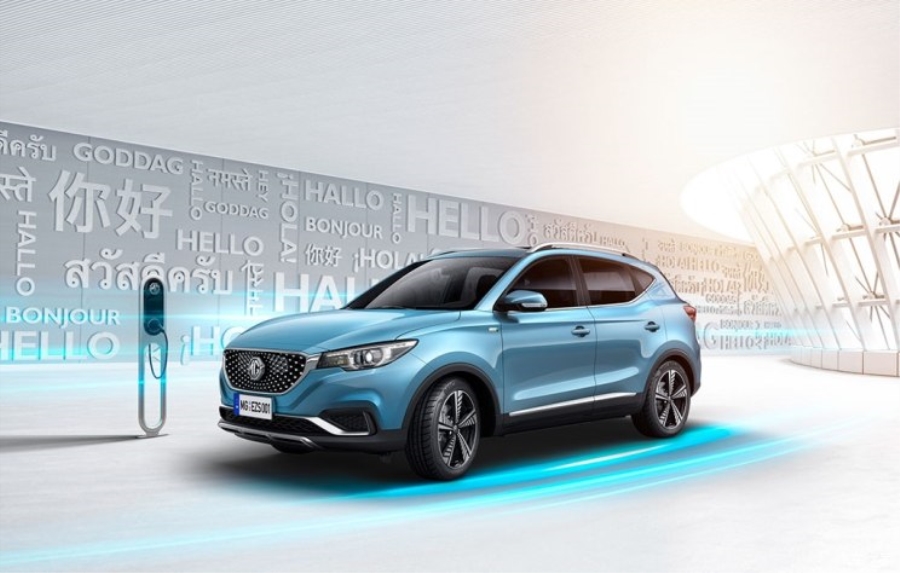 Lotus is to unveil a concept model of its upcoming electric supercar at the start of 2019. The Lotus EV which is developed under the code name Lotus Omega is equipped with a dual motor delivering 750kW/1014hp and have a range in excess of 400km or 250miles. Reports indicate that the Lotus Omega will come at a price tag of over £2 million. Below are images of the Concept Esprit and 2018 Lotus Evora 400 and 2018 Lotus Exige to provide some insight into the possible design style for the Lotus Omega.

AIWAYS presented the production version of the Aiways U5 EV SUV to the world on the 29th of November. The Aiways U5 is to be listed in Q4 2019 and will be equipped with L2 self-driving capabilities. The Aiways U5 is developed on the Chinese automakers MAS platform which can be extended to MPVs, sedans and pickup trucks. The Aiways U5 is designed as a “smart mobile home” according to AIways and interfaces with the occupants via a 12.3inch floating large screen and 10.25inch drivers display. For detailed specs please go to the U5 page on wattev2buy.

NIO teased images of the NIO ES6 prior to its unveiling on the 15th of December during the “NIO DAY” event. The NIO ES6 SUV seats six in a 2/2/2 configuration and promises an acceleration of below 5 sec to reach 100km/h. The NIO ES6 follows the NIO ES8 which is expected to sell over 10,000 units in the first six months following its launch in July 2018.

After canceling the launch of the Nissan Leaf E-Plus (60kWh) due to the scandal around its Chairman it is reported that the Japanese automaker will unveil the car at the 2019 CES in Las Vegas at the start of January. From various media sources, it is understood that the Leaf E-plus will remain air cooled at the dismay of many commentators.

InsideEVs reported that the e-UP! is to get a bigger battery in Europe according to Matt Renna, vice president of Volkswagen North American Region. The VW e-UP electric hatchback received a price drop recently now selling for £2,935 (€3,310) cheaper after incentives which bring the small city car in the sub €20,000 range. 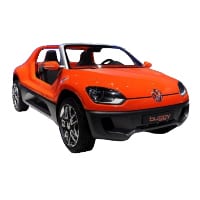 The news comes as VW and its suppliers ready itself for the start of production of the ID family at the end of 2019. In a press release Thomas Ulbrich, Member of the Board of Management of the Volkswagen brand responsible for E-Mobility said “We are now entering the decisive phase. In about 12 months, the new ID. will usher in a new era for Volkswagen, comparable with the first Beetle or the first Golf. We are preparing for this event extremely carefully together with our partners.” According to market reports, VW will showcase yet another addition to the ID family early next year at the Geneva Auto Show. The latest addition is an electric ATV mirrored around the VW Buggy 2011 on the image here.

Ever wondered how many of the BMW iX3’s will be built? BMW announced in April 2018 that the BMW iX3 is to be assembled by its JV partner BMW Brilliance’s Shenyang Dadong factory in China and exported from there to the US and Europe. Well, that was before the trade war, and their plans might be changing. Local reports this week indicated that the authorities approved the BMW Brilliance New Energy Vehicle Technical Reconstruction Project as published by Liaoning Provincial Department of Ecology and Environment. The ¥1.759 billion ($255million) project will add capacity for the production of 40,000 BMW iX3 units per annum, bringing the total production of the plant to 160,000 units of which the balance is combustion engine based. The approved application by BMW Brilliance also included Phase 3 of the battery plant expansion which will add production of 266,400 battery packs.

Honda announced that it would stop selling diesel cars in Europe and shift focus to electric and hybrid models. Honda has a dedicated strategy for the European market which is to be the only region getting the new Honda Urban EV in 2020. The phasing out of diesel vehicles will be gradual and accomplished by 2021 when the new Honda Civic comes to market. Honda said it hopes that in 2025, two-thirds of its models sold in Europe will at least be plug-in hybrids as it electrifies all its model ranges. The head of Honda UK, the Japanese automakers biggest market in Europe said to AM Online that two mistakes made by the company over the past decade were pursuing small cars after the recession and not having an EV strategy leaving it without a “foot in the door.” He went further elaborating on the company’s hydrogen strategy, saying “Clearly, Honda thinks hydrogen, but I don’t think that’s going to happen until many, years away when we have genuine hydrogen cars available commercially that aren’t supported by manufacturers,” said Hodgetts. On the Honda Urban EV, he had the following to add, “They will be very expensive cars,” dampening the sales prospects of the city car.

The Swindon plant in the UK, which currently produces 1.6T diesel engines, will not be affected much and will continue to produce diesel engines that match the new CR-V for India, Thailand, and the Philippines confirming my suspicion that emerging markets will become the dumping ground for combustion vehicles.

In April 2018 we reported that BYD planned to split the company two carving out battery production from the auto business. At the time there were little further details on the plan. This week Bloomberg reported that the process can conclude by the end of 2022 with an IPO of the battery unit to allow it to raise funds to capitalize on the EV boom, citing BYD Chairman Wang Chuanfu in an interview. BYD is also strategizing to establish EV plants in Europe and the USA over the next couple of years. Warren Buffet’s Berkshire Hathaway now owns around 24% of the company. BYD is to increase its 24GWh capacity in 2018 produced at its Qinhai Nanchuan plant by adding a further 34GWh in two phases at its Chongqing Bishan plant by 2020. The company also has a JV with Changan which has a capacity target of 10GWh.