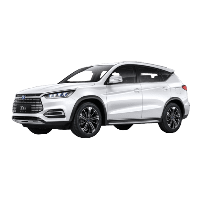 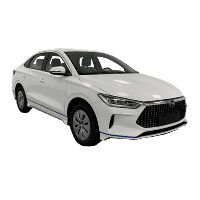 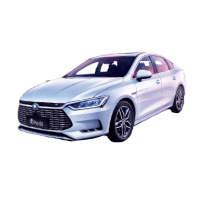 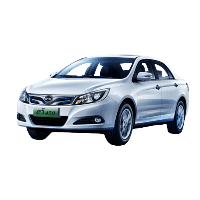 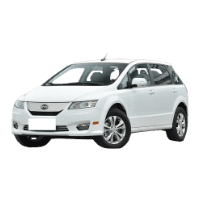 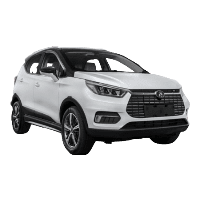 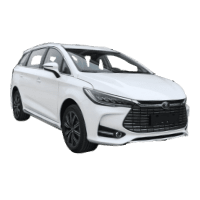 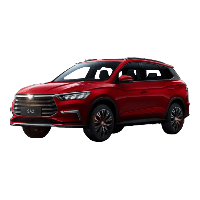 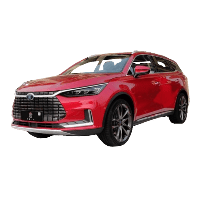 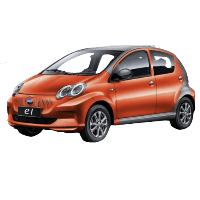 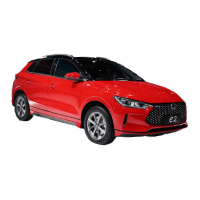 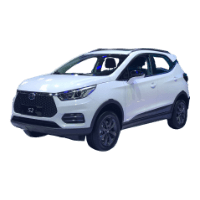 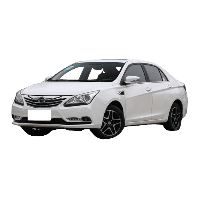 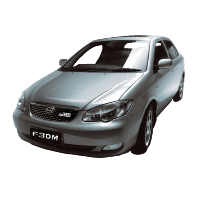 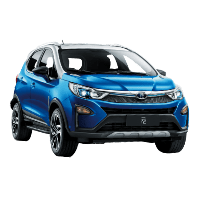 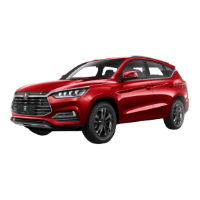 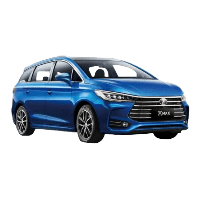 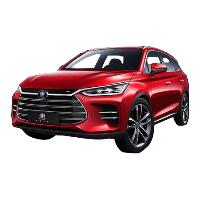 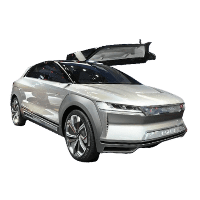 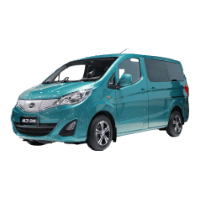 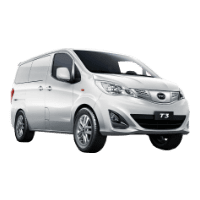 BYD launched its e-Series range which is dedicated to pure electric vehicles. The first model from the BYD e range of cars, the e1 will be launched on the 1st of April 2019. The BYD e1 with its electric range of 305km is loosely based on the BYD F0 compact car. The BYD e-series will is positioned in parallel with BYD’s dynasty series and have an independent sales channel. BYD indicated that it would target the ride-hailing and taxi-market with its e-series car’s which deliver a better return on investment for such operators. The e-series will cover most market segments and range in price from RMB 550,000 to RMB 150,000 before subsidies. BYD plans to produce 300,000 new energy vehicles at its Changsha plant, including the e1, e2, and e3.

BYD announced the launch of the BYD e1 F0 class EV and BYD S2 compact SUV, based on Yuan platform. The BYD e1 and BYD S2 will enter the market on April 1, 2019. The BYD S2 has a range of 305km (191 miles) and the BYD e1 a range of 300km (188 miles) both on the NEDC test cycle. BYD opened its order book for the BYD Song MAX DM MPV and set the price range for the three trims from ¥160,000 to ¥200,000 after subsidies. The combustion version is priced between ¥80,000 and ¥130,000. The 1.5L BYD SONG MAX DM has a combined fuel consumption of 1.2l/100km and can accelerate to 100km/h in 6.9 seconds. The SONG MAX competes with the Geely Jia-Ji and can be upgraded via OTA technology. The BYS SONG MAX is equipped with SAE Level 2 advanced driver assistance. The SONG MAX DM MPV is available in two battery configurations providing a 51km (32miles) and 81km 51miles) NEDC electric range.

BYD is China’s top performing EV brand BYD reported total electric vehicle sales for 2018 at 247,811, an increase of 227% over 2017. Passenger cars were the largest contributor with BYD selling 227,152 plug-in hybrid and pure electric models of which 5 models were Top 10 sellers. BYD sold a record 46,650 electric vehicles in December 2018, an increase of 55.11% from the previous month which in its own was a record month. Total EV sales for the year is well above the target of 200,000 units set at the start of the year. In 2017 BYD was the best performing company in the Chinese electric car sector selling a total of 108,956 models. We have seen over the last couple of months how sales for combustion vehicles shrank while those of electric cars showing robust growth. To put it in perspective BYD sold only 272,900 internal combustion vehicles (ICE) during the year, far below its stated target of 400,000 for the category. December was particularly bad for BYD’s combustion sales as the company only sold 23,000 ICE units. Although BYD sold marginally more than Tesla in 2018 which sold 245,240 units one should take in consideration the BYD data includes plug-in hybrid vehicles and represent nearly 10 models while Tesla achieved its record sales with only three pure electric models.

In April 2018 we reported that BYD planned to split the company two carving out battery production from the auto business. At the time there were little further details on the plan. This week Bloomberg reported that the process can conclude by the end of 2022 with an IPO of the battery unit to allow it to raise funds to capitalize on the EV boom, citing BYD Chairman Wang Chuanfu in an interview. BYD is also strategizing to establish EV plants in Europe and the USA over the next couple of years. Warren Buffet’s Berkshire Hathaway now owns around 24% of the company. BYD is to increase its 24GWh capacity in 2018 produced at its Qinhai Nanchuan plant by adding a further 34GWh in two phases at its Chongqing Bishan plant by 2020. The company also has a JV with Changan which has a capacity target of 10GWh.

Images of BYD’s latest electric vehicle were exposed this week. The new BYD EV is based on the E-Seed Concept unveiled at the Beijing Auto Show in April 2018. The new electric car is expected to be named either as the Yan or Xia which BYD recently registered.

BYD released its monthly EV sales this week reporting a record month on the back of sales for its two new models, The compact pure electric Yuan EV360 SUV, and large SUV the Tang plug-in hybrid.

BYD announced the unveiling of its new electric concept at Auto China, the E-SEED at Auto China Beijing 2018.

Further afield BYD is set to construct an electric bus assembly plant in India at the cost of Rs2 billion. The 100-acre plant which is situated in Bidar, Karnataka will have an initial capacity of 1,000 units per annum and also build batteries for the local market. BYD and its local partner Goldstone Infratech will bid on tenders by 10 Indian cities to supply 390 electric buses in the coming months.

According to Reuters a forecast from the China Association of Automobile Manufacturers on Thursday predicted that EV sales would grow 40% on that of 2017, bringing forecasted total sales for 2018 to 1 million vehicles. Manufacturers such as FAW, BAIC, and BYD came out this week with their plans for 2018. BYD targets to sell 200,000 EVs in 2018 while BAIC will build on its success of 2017 by bringing five pure electric models to market. Read our full report on BAIC unseating Renault in the Top 3 EV companies and its 2018 plans here.

BYD announced the development of a  battery and EV plant in Morocco. The plant will be the company’s first EV plant which produces passenger EVs outside of China.The company already opened a 400 unit electric bus plant in Hungary and has plans for electric bus plants in France and the USA while it will also produce electric service vehicles in Canada. The Moroccan plant will be built on a 50-hectare site in Mohamed VI Tangier Tech City, a joint development between the governments of China and Morrocco to build a North African Silicon Valey. The plant will employ 2,500 people and could be a springboard for supplying EVs to Europe.

In the wake of Tuesday’s announcement by an official of the Chinese Commerce Ministry that the country might give automakers a year extension to get their houses in order before implementing its aggressive push towards electrification, Automotive News China reported that Daimler is mulling an increase in its investment in its partnership with BYD. BYD and Daimler created a JV company, Denza, exclusively focusing on the manufacture of electric vehicles currently only produce one model, also named Denza. BYD called for an increase in investment to help the loss-making JV take advantage of the expected increase in EV sales over the next three years. It would be interesting to see if Daimler will increase its investment after reports on Wednesday indicated that a possibility exists that the Government will allow wholly-owned subsidiaries of foreign companies to operate in China. Up to know foreign carmakers were forced to operate in through JV’s such as Denza.

In related news, Reuters quoted BYD Chairman, Wang Chuanfu stating that he see’s a 100% shift to new energy vehicles by 2030. New Energy Vehicles is the accepted reference in China for electric and fuel cell vehicles, including mild hybrids which do not use plug-in charging.

One of the world’s Top 3 EV producers, BYD Co., this week released disappointing first-half earnings. Twin contributing factors of a growing EV sector which in turn allowed the Chinese authorities to scale back its subsidy support are blamed for the drop in profits. BYD, who has been the undisputed leader in the worlds largest EV market has seen its position challenged over the last year with competitors eroding sales of BYD, illustrated in the table below. BYD, who is 10% owned by Warren Buffet, saw its profits slide from ~$320 million a year ago to $260 million in the first-half of 2018, or around 20%, a stark reversal from the 79% jump experienced in 2016.

In a similar vein, BYD, the top-selling EV manufacturer in China for two years running has spun its battery division into a separate entity allowing it sell batteries to other Chinese and international auto manufacturers.

BYD will bring a seven seater electrified SUV to market in 2018 named the Song 7, as it seats 7 people.

At the Auto Shanghai Show, BYD revealed that it will bring a pure electric version of the Song SUV. The new model is named the Song EV300, a midsized SUV. The Song EV300 will have a range of 300km (188miles). Other  specifications are as follow:

The company will also bring a plug-in hybrid version, the Song DM using dual engine technology. It is expected that the Song EV300 will be released in the second quarter of 2017. The Song DM with a 2.0L Turbo engine will have an electric range of over 100km (62mi). 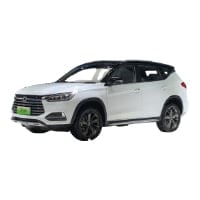 The Electric Vehicle revolution is spreading to more vehicle types with both BYD and Vespa announcing exciting new all-electric vehicles this week. BYD USA introduced a 3.9-ton Garbage Truck in Phoenix this week. The truck is equipped with a 188kWh battery providing a 100-mile range and promises a 58% reduction in operating cost. Added benefits include less noise and air pollution in neighborhoods.

The scooter icon Vespa joined the electric motorcycle segment with its first all-electric scooter. The Elettrica Concept was unveiled at the Milan Motorcycle Show with production expected by late 2017.

2016 Week 35 UBER partnership with BYD and Nissan in London

UBER announced on Wednesday that it would start a 3-month programme, observed by The Energy Saving Trust, to test the use of pure electric vehicles as Uber Taxies. Uber will partner both Nissan and BYD who will provide 20 Nissan Leaf’s and around 30 BYD e6s. The company already has many Toyota Prius owners providing the service and has partnered with other manufacturers, such as BMW who supplied 50 BMW i3’s for its South African fleet.

Samsung announced this week that it would acquire a shareholding in BYD. The stake is rumored to be in the region of 4% for an investment of $449 million, although both companies declined to comment. BYD is currently in the process of raising $2.3 Bln in share capital. Warren Buffet is already a 10% shareholder in BYD, China’s electric vehicle leader and commonly dubbed the Tesla of China.