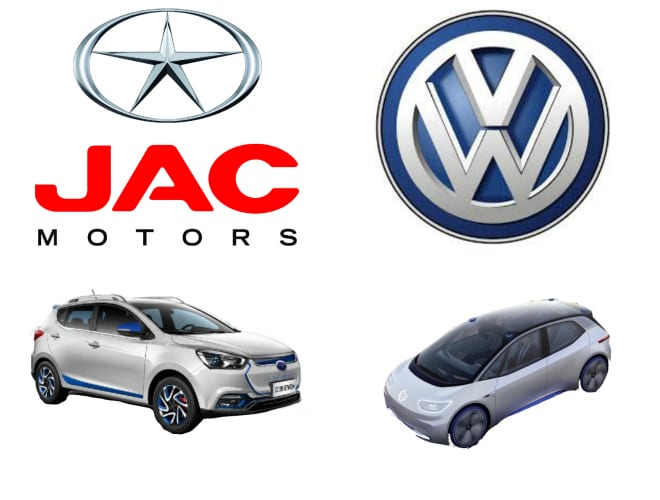 On the 1st of June 2017, VW and JAC signed a joint venture agreement to develop mass market electric vehicles in China. The agreement received the political support of both the German and Chinese Governments as it was signed in the presence of Chancellor Angela Merkel and Chinese Premier Li Keqiang. Although the agreement was negotiated over a period of time it is significant that it was signed on the same day that Donald Trump took the USA out of the climate accord agreed in Paris 2015 in a move alienating the USA from the rest of the world.

VW and JAC will each hold 50% in the JV enterprise to develop, produce and market electric vehicles and mobility services with a key focus on mass market EVs over a 25 year period. The JV has already received a production certificate for 100,000 units last week as required by new Chinese regulations created in 2016 to regulate the EV sector. The value of the prospective 100,000 unit plant is set at $740million. VW has been operating in China since 1984 through partnerships with FAW, SAIC, and JAC and plans to deliver 400,000 electric vehicles to the Chinese market in 2020 and 1.5 million electric vehicles in 2025 as part of its electric vehicle strategy, named “TOGETHER – Strategy 2025”. It is planned that the new joint venture with JAC should produce its first jointly developed electric vehicle in 2018. The terms of the partnership according to a VW press release is as follows:

The agreement provides for the construction of a further factory as well as a research and development center. The joint venture also includes the development and production of components for new energy vehicles (NEV), the development of vehicle connectivity and automotive data services. In addition, it is intended that the joint venture should establish new used vehicle platforms and engage in all related business activities.

JAC Motors, China’s 10th largest auto manufacturer is a state-owned enterprise officially know as Anhui Jianghuai Automobile Co. Ltd and situated in Hefei, Anhui Province, close the larger Chery Auto. JAC Motors crafted its strategy for the electric vehicle segment, named “The Pure Electric Vehicle Development Plan” in 2002, making JAC an early mover in China and one of the most popular brands. In 2012 the company held the Top 1 position in China and thereby gaining the Top 3 place globally. At 2016 the company sold 22,000 new energy vehicles, bolstering it to showcase the largest range of electric vehicles at the Beijing Auto Show in 2015. JAC has also recently partnered with Carlos Sim to build vehicles in Mexico, taking advantage from Donald Trumps isolating policies there. 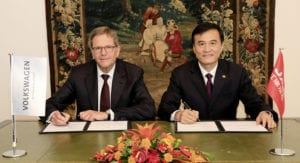