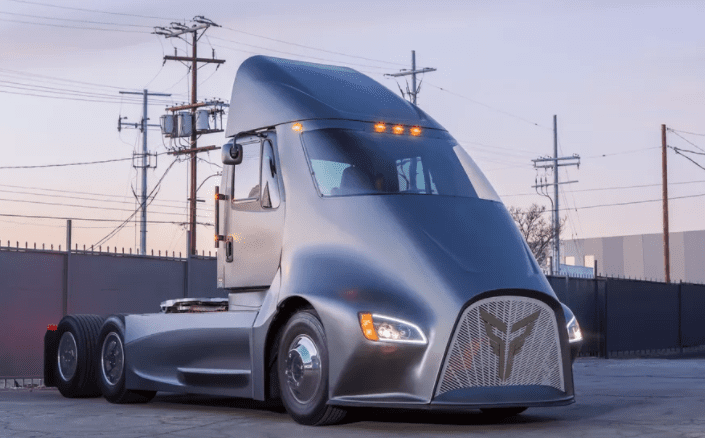 In related news, BYD announced the development of a  battery and EV plant in Morocco. The plant will be the company’s first EV plant which produces passenger EVs outside of China.The company already opened a 400 unit electric bus plant in Hungary and has plans for electric bus plants in France and the USA while it will also produce electric service vehicles in Canada. The Moroccan plant will be built on a 50-hectare site in Mohamed VI Tangier Tech City, a joint development between the governments of China and Morrocco to build a North African Silicon Valey. The plant will employ 2,500 people and could be a springboard for supplying EVs to Europe.

EV sales in China hit a record 82,000 units in November 2017, bringing the annual total to nearly 500k units. Sales for all passenger vehicles dropped marginally during the period while EV sales rose a staggering 24.4% on the previous record set in October. Total sales for EVs for 2017 of 472,000 units now represent 2.13% of total sales for the year compared to 1.32% for the same period in 2016.

In the same week that Daimler starts delivering its all-electric delivery truck in Europe, the Fuso eCanter, and Pepsi committing to 100 units of the Tesla Semi two companies introduced their solutions for the transport sector.

California based start-up Thor introduced the ET-One 80,000 pound hauler with a 300-mile range. The ET-One is available in powertrain options ranging from 300hp to 700hp and potentially in a 100-mile short range version. Thor claims the ET-One is 60% cheaper to maintain while fuel cost is reduced 70%. Thor aims to beat Tesla to market before 2019 and selling for $150k which is the bottom end of the range announced by Tesla for the Semi.

Mack Trucks unveiled its proprietary plug-in hybrid technology which was deployed on the $13.4m eHighway project by Siemens and the South Coast Air Quality Management District (SCAQMD) between the ports LA and Long Beach. Mack demoed its plug-in technology on a Mack Pinnacle DayCab.

Last week Chinese WM Motors provided a sneak peek of its first mass-market EV to be unveiled this week. CEO of WM Motors, Freeman Shen, announced the creation of its EV specific brand Weltmeister this week through the launch of the Weima EX5 SUV. Weltmeister will produce 3 EVs from its 100,000 unit plant in Wenzhou. The EX5 will be available from the H2 2018 and cost less than 300,000 yuan (ca $45k).

Ford announced that it is bringing its 220 strong strategy, EV and autonomous units closer to home by relocating them from Dearborn to Detroit early next year. The teams will be housed together in a new 45,000 square feet complex in the historic Factory building.

Audi Sport, the performance division of the German automaker, announced that it will offer all-electric models from the end of 2020 in a bid to compete with Volvo‘s Polestar and Tesla.