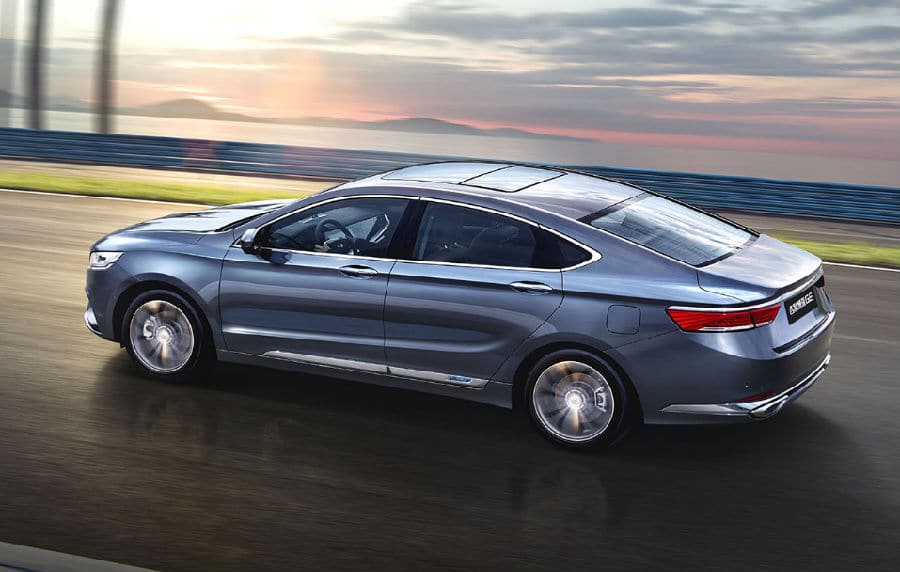 In preparation for this week’s newsletter, I was struck by the magnitude of the wave of EVs we can expect in the next two years, especially in China. Last week the Chinese authorities released its monthly list of EVs registered in the country by local and foreign automakers. It took me the whole week to unpack the list which introduced over thirty new models to my database. You will also see from this weeks newsletter some aggressive moves by big auto companies to produce EVs in the next couple of years. I will combine my research of the new EVs in China in a separate report later this week so be on the lookout for it. In the meantime see if you can spot the new EVs on the website.

VW and its Chinese partner FAW is developing three new plants in anticipation of increased demand for EVs in the Chinese market. The partnership made the announcement at the introduction of the Bora EV (Jetta EV) at the Qingdao plant. In total, the company plans to launch ten new energy vehicles by 2020 in the country, the first of which is the Bora EV and Tiguan PHEV this year. FAW-VW announced that it would build EV plants in Qingdao (Shandong), Tianjin, and Foshan (Guangdong) to add to capacity for its planned 1.5 million EVs per annum by 2025 from 40 new models. The additional three factories will compliment the existing Audi Q plant in Changchun (Jilin). The four plants exclude VW’s other plant in Hefei with partner JAC where production of the SOL 20X started this week. The Hefei plant has a capacity of 100,000 vehicles. VW is also partnered with SAIC in China.

In related news, VW announced that it is upskilling 100 engineers for the production of the I.D. EV series. The program is named the “Future Electronic Engineer Program” (FEEP) and aims to train the team especially for work with the modular electrification toolkit (MEB) which will be used to for 27 MEB models globally. 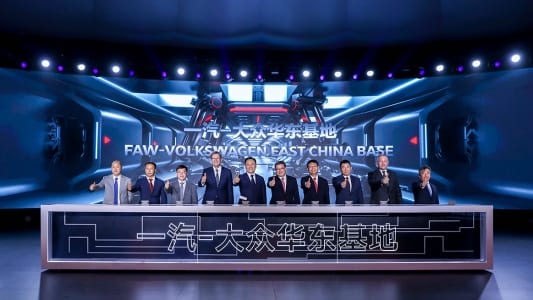 During the official launch of its new flagship EV model, the Borui GE, Geely announced its new EV strategy which will see the company launching 30 new EV models by 2020 with cruising ranges of 500km/312mi. The GEELY EV strategy is named “Geely Intelligent Power” and is built on four pillars, namely pure electric, hybrid platforms, alternative fuels and hydrogen fuel cells. The new strategy extends the 2015 strategy which set a goal of a maximum fuel consumption of 5L/100km for its fleet. With the assistance of VOLVO and 2500 engineers through its four R&D centers around the globe, Geely has obtained hundreds of core EV related patents to back the new strategy.

TOP EV NEWS #3 – FCA WOKE UP AND SMELLED THE COFFEE 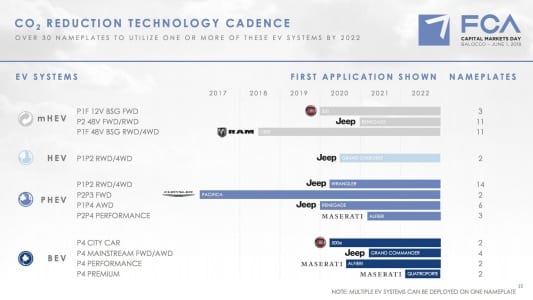 The German company, StreetScooter which produces electric delivery vans, primarily for its owner, Deutsche Post DHL Group opened its second manufacturing facility. The 10,000 unit capacity plant of 78,000 m2 is in Düren, Germany. The plant can produce 46 vehicles a day from a single shift. StreetScooter can now produce 20,000 electric delivery vans per year from the new plant and its main plant in Aachen.

Chinese owned SF Motors unveiled its first EV models earlier this year, the SF5 and SF7. SF Motors, which sees itself as a global intelligent electric vehicle company announced this week it would renovate its recently acquired Hummer plant in Mishawaka, Indiana to produce the SF5 by the end of the year. The total investment in the plant is $160 million and will create 467 jobs by 2020. The 675,500-square-foot facility forms part of the company’s US operations which is headquartered in Silicon Valley.

Investment by Japanese Softbank in GM Cruise values the company at a staggering $11.5 billion.

“Our Cruise and GM teams together have made tremendous progress over the last two years,” said GM Chairman and CEO Mary Barra. “Teaming up with SoftBank adds an additional strong partner as we pursue our vision of zero crashes, zero emissions and zero congestion.”

“GM has made significant progress toward realizing the dream of completely automated driving to dramatically reduce fatalities, emissions and congestion,” said Michael Ronen, managing partner, SoftBank Investment Advisers. “The GM Cruise approach of a fully integrated hardware and software stack gives it a unique competitive advantage. We are very impressed by the advances made by the Cruise and GM teams, and are thrilled to help them lead a historic transformation of the automobile industry.”