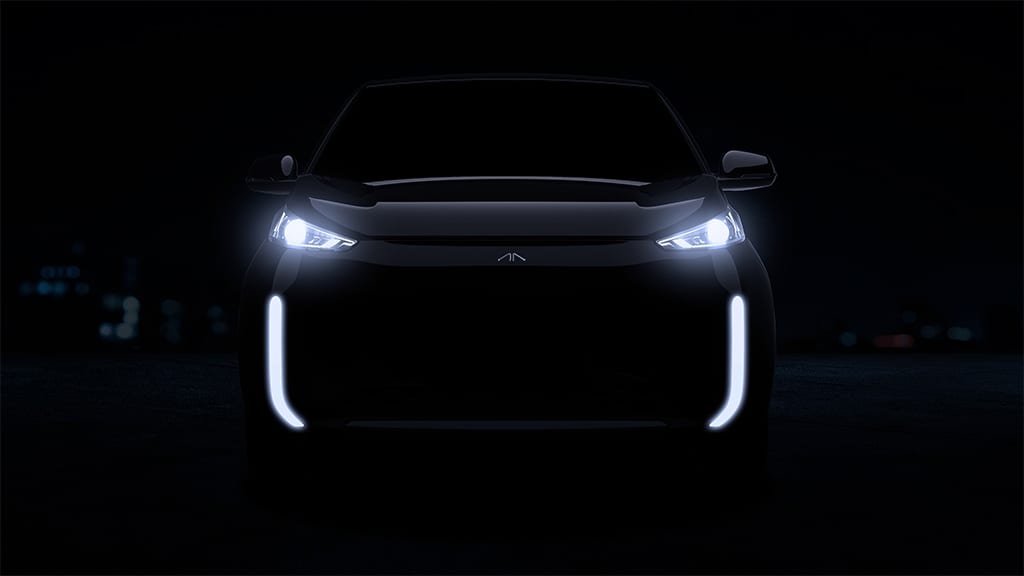 BYD launched its e-Series range which is dedicated to pure electric vehicles. The first model from the BYD e range of cars, the e1 will be launched on the 1st of April 2019. The BYD e1 with its electric range of 305km is loosely based on the BYD F0 compact car.

The BYD e-series will is positioned in parallel with BYD’s dynasty series and have an independent sales channel. BYD indicated that it would target the ride-hailing and taxi-market with its e-series car’s which deliver a better return on investment for such operators. The e-series will cover most market segments and range in price from RMB 550,000 to RMB 150,000 before subsidies.

Neighbourhood electric vehicle manufacturer Tianjin Qingyuan Automobile this week teased two images of an A00 class EV and a larger Estate EV. The lesser-known Tianjin Qingyuan Automobile joins other NEV manufacturers crossing over to the highway capable segment as stricter regulations in the NEV market starts to bite. There was no more information available at the time of the two models teased.

EV startup CHJ Auto announced that its first EV, the order book for IDEAL ONE would open on the 10th of April 2019 with a reservation deposit of ¥5,000 for Q4 2019 delivery. The Ideal ONE is positioned as a range-extended large 4WD SUV with a total operating range of up to 700km (438 miles). The Ideal One is available as a 6 or 7 seater and Advanced Driving Assistance labeled as Level 2.5. In 2018 it was speculated that the Ideal One would be priced at around ¥400,000 after subsidy.

Also this week Xiaopeng Automobile Chairman and CEO He Xiaopeng confirmed that Xiaopeng Automobile’s new intelligent electric coupe internal code E28 is under development and testing. The E28 is positioned in the mid-size smart electric coupe and will be powered by the NVIDIA DRIVE Xavier chip, which will be unveiled at the Shanghai International Auto Show in mid-April and will release more product information. This means that the E28 will have an advanced autonomous computing platform with a hardware base to support L3 autopilot.

Earlier the week it emerged that BMW is said to put production of EVs on ice in China until there is certainty surrounding the trade war and tariffs. Today the BMW board provided further insight into the German automaker’s NUMBER ONE > NEXT strategy which is now in its third year at the group’s Annual Accounts Press Conference and the BMW Group Analyst- and Investor Conference 2019 held in Munich.

Like most auto manufacturers BMW’s bottom line is under pressure due to the disruption in the industry due to mobility trends changing since with the advent of ride-hailing apps such as Uber, electrification and self-driving technologies which demand used investment in R&D and assembly lines. To a larger extent than in other regions, European automakers also have to deal with the significantly higher cost of complying with stricter CO2 legislation.

Our industry is witnessing rapid transformation. In this environment, a sustained high level of profitability is crucial if we are to continue driving change,” said Nicolas Peter, Member of the Board of Management of BMW AG, Finance. “In view of the numerous additional factors negatively impacting earnings, we began to introduce countermeasures at an early stage and have taken a number of far-reaching decisions. Discipline and a clear focus on rigorous implementation are essential as we aim to emerge from these challenging times stronger than ever.”

BMW announced strategic steps to enhance its operating performance on a sustainable basis. As well as systematically implementing its strategy NUMBER ONE > NEXT, the company is also focusing on faster processes, leaner structures, and therefore greater efficiency. Some of these steps which relates to the electric vehicle sector include:

BMW’s product line-up is seeing more electrification with the new plug-in hybrid versions (PHEV) of the BMW 3 and 7 Series, and BMW X5 and BMW X3. By the end of 2020, the BMW Group will have more than ten new or revised models equipped with fourth-generation electric drivetrain technology (“Gen 4”). Starting with the all-electric MINI Electric manufactured at the Oxford plant from 2019 and, from 2020, the BMW iX3, which will be produced for the world market in Shenyang, China. Together with the pioneering BMW i3, the BMW i4, and the BMW iNEXT, the Group will have five all-electric models on the market by 2021, and the number is scheduled to rise to at least twelve models by 2025. Including the rapidly growing range of plug-in hybrids, the BMW Group’s product portfolio will then comprise at least 25 electrified models.

BMW will equip Level 3 automation in its cars from 2021, starting with BMW iNEXT which will also be Level 4-enabled for pilot projects.

In the Top 5 EV News Week 11 edition I introduced the Geely Geometry A which went on sale the past week. Within the first 6 hours of Geely received orders for 3,786 units, including 395 orders from overseas. The Geely Geometry Ais designed according to European standards and aims to compete with the Tesla Model 3. The order book for the Geometry A included orders from Europe, Southeast Asia, and South America. Local sales for the Geometry A consisted of 1816 units from Beijing and 1575 from the rest of China. The Geely Geometry A is available in two battery/range options priced from ¥150,000 to ¥170,000 after subsidies, or $22,000 but foreign buyers won’t qualify for the subsidy pushing the price up by over $10,000.

The Geometry A includes Advanced Driving Assistance (ADAS) of level 2 as measured by the SAE nut the company labels it 2.5. The Geometry A also includes advanced technologies such as heads-up-display (HUD).

The Geely Geometry A is developed on the company’s PMA platform from which ten new models will be launched by 2021.