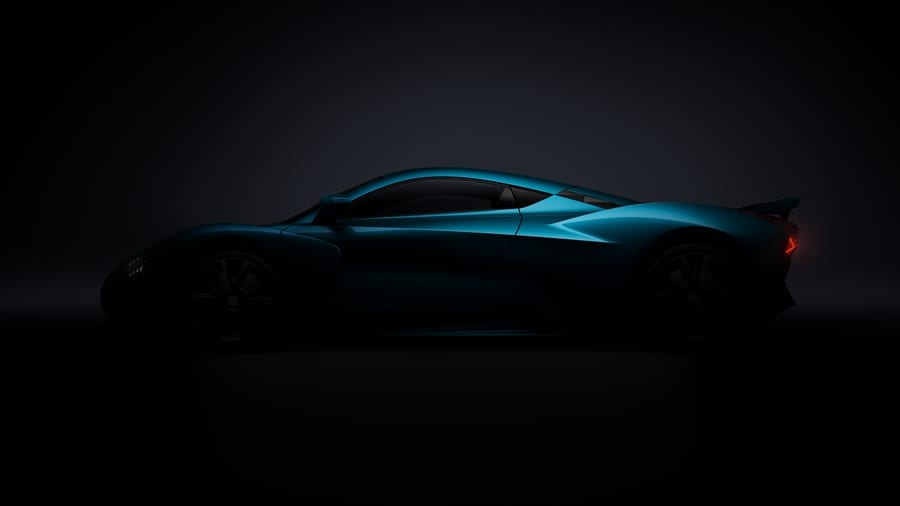 Volvo’s performance brand Polestar digitally revealed the Polestar 2 which will be unveiled at the 89th Geneva International Motor Show next week. Similar to its competition, the Tesla Model 3 the Polestar 2 is a 5-door fastback pure electric car.

The Polestar 2 is equipped with a 27 module 78 kWh battery situated under the floor of the car, delivering a targeted range of 500 km (WLTP) or 275 miles (EPA). The Chinese version of the Polestar 2 only gets a 72kWh battery pack. The drivetrain of the Polestar 2 consists of an EFAD and ERAD electric motors front and rear each offering 150 kW, 330 Nm of torque.

The Polestar 2 is equipped with an 11kW onboard charger for AC charging at home or work, and a DC fast charging system enabled for public charging up to 150kW. Drivers can regulate the charge current, the duration, the maximum charge level, and much more in the car or via the Polestar Connect app. The Polestar comes standard with a 7-meter AC charging cord (for normal outlets) while the 4.5-meter AC cord for wallboxes and public locations is an optional extra. Naturally, the Polestar 2 is also equipped with a regenerative braking system, charging itself when applying the brakes by easing up on the accelerator and saving deterioration of the brakes in the process meaning less maintenance cost.

Driver interaction and Safety of the Polestar 2

The Polestar 2 user experience has the driver in mind, starting with the phone-as-key, taking away the need to carry a key freeing up your hands and time when looking for the pesky object when you are in a hurry.

Not only does the Polestar 2 wish you welcome and bid you farewell through eliminating patterns which the front and rear lights display when one approaches or walks away the Polestar 2 also prepares itself even when you approach. As you walk up to the car, the Polestar 2 displays pertinent information such as battery status, range, and the time remaining to a full charge once it detects the digital key. Intelligent seat sensors power up the Polestar 2 as soon as you are seated. Because the phone has become such an integral part of our daily lives and integrated into the operation of the Polestar 2 as it offers wireless inductive phone charging in the forward part of the tunnel console.

The Polestar is identifiable from its fastback shaped rear which consists of a 288 LED rear lamp which shines more intensely with stronger braking and the Polestar logo which is projected onto the panoramic glass roof on the inside from the overhead panel. Polestar has partnered with audio experts Harman Kardon to fit the Polestar 2 with a fully integrated sound system to create an immersive, detailed audio environment.

Pricing for the Polestar 2

The Polestar 2 takes from the cell-phone industry by providing the car on a subscription basis where ownership more closely resembles phone ownership which consists of an all-inclusive monthly fee from a menu of services, with the option to return or upgrade at the end of your term.

In my opinion, the Polestar 2 is not a bad car in its own right, but it symbolizes the challenge automakers now have as they try an play catch up with Tesla. The Californian based company with a track record of sales and models now profitably produces superior technology EVs in volume at prices far below the main auto companies.

Named after an iconic neighborhood in Barcelona, SEAT unveiled the SEAT El-Born, the second VW Group EV to be developed on the MEB platform. The El-Born is developed at SEAT Barcelona and will be assembled at the Zwickau plant in Germany. The SEAT El-Born will be showcased as a concept vehicle at the 2019 Geneva International Motor Show the coming week and is expected to reach the market in 2020. The El-born with its 100kW charging system and 64kWh battery can be recharged to 80% in 47 minutes. The 150kW (204hp) electric motor helps to propel the vehicle to 100km/h in 7.5 seconds. The SEAT El-born has an electric range of 420km (263miles) on the WLTP test cycle and is equipped with an advanced thermal management system to maximize range in extreme weather conditions. The heat pump reduces the energy demand of the heating system potentially providing an additional 60km (38miles) in cold weather. The SEAT El-born has a 10inch digital infotainment system and oversized 20inch wheels.

Peugeot unveiled the pure electric version of the Peugeot 208 B segment hatch for immediate release with the diesel and petrol versions of the 2019 model series. The Peugeot e-208 targets the youth market and is equipped with a 3D heads-up display which forms part of Peugeot’s new i-Cockpit system. The electric 208 is developed on PSA Groups’ CMP (Common Modular Platform) dedicated to segments B and C accommodating all power trains.

The Peugeot e-208 drivetrain consists of a 50kWh battery pack and 100kW (136 bhp) electric motor delivering 340km range on the WLTP test cycle or 450km on the old NEDC cycle. The e-208 can be charged in 16 hours from a wall plug or within 8 hours if you install a single phase 7.4kW Wall Box. Faster charging is also available through an 11kW three phase Wall Box or 100kW public fast charger allowing for charging within 5 hours and 15 minutes or up to 80% in 30 minutes respectively.

The Peugeot e-208 is specked with the GT trim, which is the top trim in the new series and includes 10-inch touch screen and EAT8 advanced driving assistance system which allows for adaptive cruise control up to 30km/h, lane positioning assist, full park assist, emergency brake assist, active lane keeping assist and driver attention monitoring from 65km/h. The EAT system can also recognize traffic signs such as “STOP” and “No-Entry” and Active Blind Spot Monitoring from 12km/h.

Pricing for the Peugeot e-208 EV has not yet been released.

BAIC BJEV teased images of the two new EVs it will unveil at the 89th Geneva International Motor Show this coming week. The Arcfox 7 electric sportscar first unveiled in 2016 is expected to get an upgrade with the new Arcfox 7 sporting six electric motors helping it to accelerate to 100kh/h in 2.59 seconds. BAIC BJEV will also unveil the production version of its upcoming electric SUV.

Porsche announced that the Porsche Macan would be its third pure electric EV, after introducing the Taycan later this year followed by a Cross Turismo version of the new EV. Porsche aims to change its product mix to 50% EV by 2025, investing six billion Euros towards that end. The Macan will be assembled at the company’s Leipzig plant and share the Taycan’s 800-volt system and be available early 2020 alongside combustion versions of the model.

Tesla announced the release of the cheap Model 3 starting at $35,000 for a lower specced version of the popular EV. The affordable Tesla Model 3 has a range of 220 miles (352km) measured on the EPA test cycle and can accelerate to 60 mph in 5.6 seconds reaching a top speed of 130 mph (208km/h). According to Tesla estimated delivery is between two and four weeks.

Elon Musk earlier in a late-night e-mail informed employees that the company had to tighten its belt to profitably produce the cheap version of the Tesla Model 3 and that it will have to lay off staff in the process. It now transpires that many of the cuts will come from its sales teams as the company now moves to online orders only for its models.

Although many industry commentators feel that the release of the $35,000 Tesla Model 3 might be late the impact of the car will be felt far and wide in the US auto marked where the car is a top seller. The introduction of the $35,000 will challenge the Nissan Leaf e+, which with its 226-mile range which was priced this week at $36,650, despite the Leaf still qualifying for the $7,500 Federal grant. Looking at the wattEV2buy price/range page sales for compliance EVs such as the Honda Clarity, on the other hand, will be obliterated. Even buying the BMW i3 priced from $45,000 with its paltry 114-mile range makes no sense.

A flood of new plug-in hybrid electric vehicles is to hit the market over the next year as automakers try and fill the void between consumer demand for electrified cars and their current product range. AUDI announced that it would unveil plug-in hybrid (PHEV) variants of the across most of its market segments at the Geneva International Motor Show. Adding to the upgraded versions of the A3 and Q7
consumers can also look forward to PHEV versions of the Audi A6, A7, A8 and Q5.

VOLVO also recently announced that it is taking a significant step towards electrifying its car’s, making upgraded and newly-developed electrified powertrain available across its entire model range. The company has upgraded its existing T8 and T6 Twin Engine plug-in hybrid powertrains, while at the same time confirming that plug-in options will now be available on every model it produces. Volvo has also increased the production capacity of plug-in hybrid cars to 25% of the total production of Twin Engine PHEVs.

In the press release Volvo stated:

The upgraded T8 Twin Engine plug-in hybrid with up to 420 horsepower features a new battery and brake-by-wire advanced battery charging. The range of the T8 powertrain has increased by around 15 per cent and this powertrain is available on all 90 and 60 Series cars.

An upgraded version of the smaller capacity T6 Twin Engine plug-in hybrid is also combined with the new battery and brake-by wire-technology. This powertrain also offers an approximate 15 per cent range increase and is available on the V60 estate and S60 sedan.

Hyundai Motors unveiled its long term plan to secure sustainable growth earmarking the bulk of the plan to refurbish plants and securing the competitiveness of its products as the automotive industry experiences disruption due to electrification and mobility trends of its consumers.

According to the plan, Hyundai will invest KRW 30.6 trillion towards refurbishment and refreshing its products, while it will invest KRW 6.4 trillion in smart mobility, KRW 3.3 trillion for electrification, KRW 2.5 trillion in autonomous driving and connectivity technologies and KRW 2.5 trillion for the development of artificial intelligence and other advanced technologies. As part of the plan, Hyundai announced that it would launch its first pure electric vehicle on a new dedicated EV platform in 2020.

Hyundai Motor Group announced earlier that it would have 44 electrified models by 2025 with projected annual sales of 1.67 million units as it aims to be one of the top 3 EV manufacturers. On the other hand, Hyundai is sticking to its guns to have a “first mover advantage” in FCEVs by 2030, investing KRW 8 trillion towards producing 500,000 fuel cell cars per annum by 2030.

The cost of adapting to a new future requires Hyundai to increase annual investments by 58% over the next five years and raising liquidity requirements to between KRW 14 and 15 trillion.