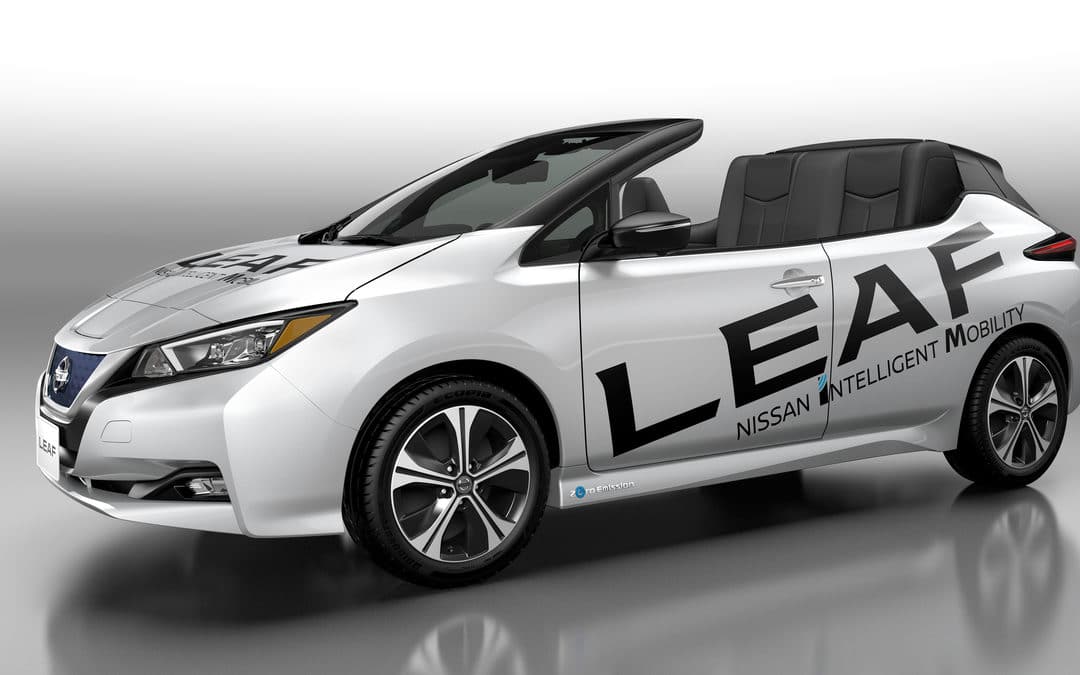 The Chinese Ministry of Industry and Information Technology, together with the State Administration of Taxation, announced in 2017 that it would revoke its approval for some electric cars complying for tax incentives. The ministry had verified the production or import volume of models that were listed in the Catalogue of New Energy Vehicles Exempted from Purchase Tax for Vehicles before January 1, 2017, and disqualified all those with which have not been produced or imported by April 2018. A total of 1,8882 electric buses, passenger cars, and vans met the criteria and lost their tax-exempt status.

Although itself can only be seen as a spring cleaning of the list, the ministry also enforced stronger technical guidelines. In December 2017 reports surfaced that the ministry will increase energy density requirements to no less than 115 Wh/kg and reduce the energy consumption threshold to no higher than 2.1kWh/100km down 14% from the 2017 level of 2.4kWh/100km on the plug-in hybrid EVs.

The stronger technical requirements impacted some well known EVs from the top auto brands including BAIC, BYD, and JAC. Models such as the BYD Qin which sold over 100,000 units were included in the list. Over 80 passenger cars were included: 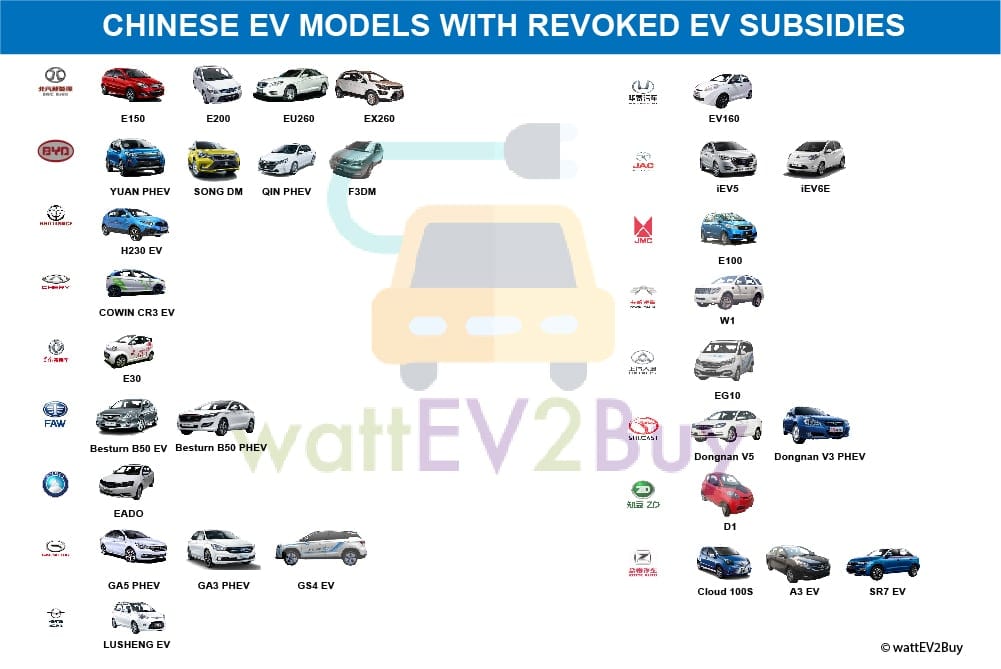 The impact of the culling should however not impact drastically on Chinese EV sales as automakers released upgraded models of there most popular EV models in the last quarter. Some models from the picture above that will lose their incentives is the Maxus EG10, Brilliance H230, Kawei W1, Dongnan V5 and V3, ZhiDou D1, Besturn B30 and the Zotye A3 EV and Zotye SR7 EV. Popular models such as the Eado PHEV, GAC GS4EV, Song DM and JAC iEV6EV have undergone improvements to keep their tax-exempt status. New models such as the Kandi K22 and Kandi K27 will also enter the market as the companies build on their exciting ranges.

In related news, the Chinese Government announced the lowering of its import duties on international auto imports from to 15% from 25% from July 1, 2018. Import duties on parts will drop to around 6% from 10% as the country responds to Trump’s trade war. Already Tesla announced large price cuts on the back of the news with the sales price in the Model X dropping as much as $15,000.

In celebration of reaching the milestone of selling 100,000 Nissan Leaf’s the company showcased a cabriolet version of the popular EV at a forum to discuss the creation of a “zero-emission society.” The forum was attended by 100 high-level government officials and company executives. Unfortunately, there are no production plans for the Nissan Leaf cabriolet. I personally believe company should reconsider and include the cabriolet version, please share your position in the comment section below.

I have referred a couple of times this year on the shortage of EVs leading to long waiting times for EV buyers. BMW announced the investment of a further €300 million in its Leipzig plant to increase the annual production from 250,000 units per annum to 350,000 by 2020. The ramp-up will start from this year as the production moves from 130 units a day to 200 as the company responds to increased demand and competition from Tesla which is now building 5,000 Model 3’s per week. I made a statement at a recent presentation that although EV sales are low relative to combustion vehicles it is actually high if one considers the little effort that is done in marketing or production of EVs, showing a clear shift towards the technology.

The plant extension in Leipzig will result in a 300m extension of the plant to cover a total area of 11,950m² and include improvements to the paint shop, body shop and adding robots in the assembly process.

Toyota is finally bending under pressure to develop EVs but doing so selectively in response to China’s new stick instead of a carrot policy to push companies to produce new energy vehicles. As a sign of Toyota’s rush to enter the Chinese EV market, it will roll-out an EV under its local partner, GAC‘s branding. The first vehicle will be the GAC Toyota ix4 crossover which is developed on the GAC GS4 EV platform. Sales of the GAC Toyota ix4 are expected to start by the end of 2018.

Toyota is not the only multinational scrambling to sell EVs in China. I wrote a report earlier this week on the micro and small EV segment which is the most popular market segment currently in China. Currently, the sector is dominated by local brands, but this week Japan’s Nikkei news agency reported that Honda is sourcing batteries from CATL for a micro EV based on the Honda Fit. Honda expects to sell a 100,000 of the new EV which is to be priced at around 11,500 yuan which is below $20,000. The new EV will reach the market in H1 2020.

BMW received two licenses to test self-driving cars in China. The City of Shanghai issued the licenses to BMW making it the first international company to legally test autonomous cars in the country. A team of 60 engineers will support the project which is centered around a self-driving BMW 7 series.