Formula E is centered around three core values of Energy, Environment and Entertainment fusing engineering, technology, sport, science, design, music and entertainment – all combining to drive the change towards an electric future. The map provides the urban venues which hosted the Championship.

The power output of the race cars in Formula E is limited to 170 kW (race) and 200 kW (qualifying) by the regulations. An additional 30 kilowatts is allocated to the three most popular drivers as selected through on online voting platform called FanBoost.

The first season kicked off in September 2014 with a race through the streets of Beijing. The third season with an estimated 14 races at 12 events starts on the 9th of October 2016 in Hong Kong. The season will include new venues such as Marrakesh, Brussels, and Montreal. New York will host the finale of the third season in July 2017.

Key characteristics of the Championship is: 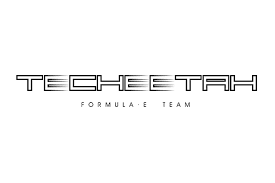 MotoGP enthusiast with a preference for electric bikes can finally look forward to their own Formula E-type event. The MotoGP franchise this week made it official that a support class, consisting of five races would be held from 2019 onwards. The races would initially only be held in Europe, with four manufacturers supplying 18 bikes on the grid. Similar to the Formula E the racing bikes would all be the same and is expected to reach speeds of 124mph (200km/h), which is slightly slower than their combustion counterparts.

While on the topic, the Formula E, which is now in its third season will host a race in Monaco this weekend. The franchise will also host an event in Paris next week.

The Formula E Season 3 kicked off in Hong Kong today with a lucky win for 2-time team champions, Renault e.dams. The winners of the previous two seasons qualified in 6th position, but after a crash by DS Virgin’s Jose Maria Lopez forced race leader Nelson Piquet into evasive action providing Renault’s Sebastien Buemi an opportunity. The next event is in 33 days in Marrakesh, Morocco.