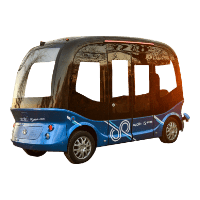 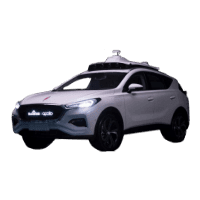 Hyundai and Baidu announced the signing of a memorandum of understanding (MOU) for Internet of Vehicles (IoV) services this week. According to the MOU the partners will co-develop connected car service that provides a wide range of in-car content based on big data, maps, AI, and portal services. Hyundai Motor Group will embed Baidu’s Xiaodu In-Car OS in its production cars and jointly advance in-vehicle voice recognition services based on Baidu’s natural language processing and Hyundai’s noise cancellation technologies.

Chinese tech company, Baidu (or China’s Google as its known in the west) signed an MOU with Great Wall Motors collaborate in four major areas, namely intelligent-connected vehicles (ICVs), autonomous drive, ride sharing and big data. The MOU will be the two companies second collaboration, following the 2016 agreement where they joined forces on the development of map positioning technology. The latest MOU will see GWM’s i-Pilot self-driving system connect with Baidu’s Apollo autonomous driving platform which will see GWM models with Level 3 autonomy on Chinese roads from 2020.

Baidu, China’s equivalent of Google and early entrant to self-driving cars raised $1.49 Bln (9.8 billion yuan) fund to develop self-driving cars. The Apollo Fund, as it is named, will invest in 100 autonomous projects over the next three years. The fund shares the same name as the search engines open source autonomous software. Version 1.5 of Apollo was released at the same time as the launch of the fund.

The Chinese automaker, JAC and China’s Google, BAIDU, this week announced a partnership to develop a Level 3 mass market self-driving car for production in 2019, year after Audi will produce a level 3 capable Audi A8. Baidu launched its autonomous strategy, called Apollo, two months back. The Apollo strategy mimics that of Google, aiming to develop software for autonomous vehicles. Hardware partners to the Apollo program include Bosch. It’s still unclear how the strategic partners will develop the vehicle as testing of autonomous cars is not yet legal on Chinese roads. Baidu, however, has a permit to test autonomous cars on Californian roads. Other automakers, such as Volvo and Ford are targeting Level 4 autonomous vehicles by 2021.