Apple has one of the most secretive autonomous vehicle programs. The world’s most valuable company named its self-driving program ‘Project Titan’. Apple is said to extend into the autonomous vehicle sector in its search for the next big thing. It is uncertain if the little know project Titan points to the company being ultra-secretive or if has defined a strategy at all and ultimately falling behind the rest of its competitors such as Google in the race to lead in the self-driving sector. During the last couple of years, rumors have circulated that Apple executives have approached various vehicle manufacturers, such as McLaren, in a bid to acquire a vehicle manufacturer. 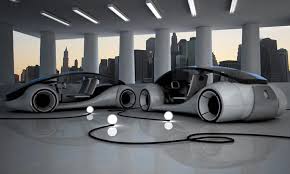 APPLE PROJECT TITAN IN THE NEWS

Apple expanded its self-driving fleet to 27 according to Bloomberg as it registered 24 more vehicles on the Californian autonomous vehicle testing program. Apple which trails its competitor Google by a mile will extend its test fleet which started with 3 Lexus RX450h SUV’s in California after gaining a permit from the State’s DMV in April 2017.

Tesla bags two senior executives from Apple. The world’s leading electric vehicle manufacturer this month acquired Chris Lattner, responsible for Apple’s Swift application software head, and Matt Casebolt, senior director of Design for Apple’s Mac range and listed on over 50 Apple patents. Matt is filling the position of Senior Director Engineering, Closures and Mechanisms at Tesla, while Chris’s experience in leading an over 200 strong engineering team would stand him in good stead as Vice President of Autopilot Software.