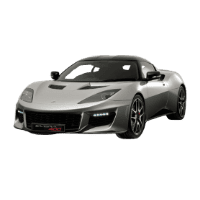 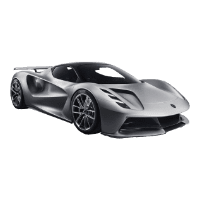 The British auto manufacturer, Lotus, unveiled its first electric car today, the Lotus Evija Hypercar. The Evija Hyper EV, also named the Type 130, indicating that only 130 examples will be built, making it one the most exclusive electric cars. Evija is aptly named and means ‘the first in existence’ or ‘the living one’ signifying being the first EV of the British company and also the first under the ownership of the Chinese auto group, Geely. Production of the Evija starts in 2020 at a new specialized assembly line at the company’s HQ in Norwich, England. The Evija is priced from £1.7m plus duties, and taxes and interested buyers require a £250,000 deposit to secure a production slot. Lotus designed the Evija powertrain so that it can easily install alternative battery packs in the future depending on need, such as to optimize track performance. The 2,000kW battery pack is developed by Williams Advanced Engineering (WAE) and has a capacity of 70kWh energy delivering a range of up to 250 miles (WLTP) and charges in 18 minutes to 100% on a 350kW charger. The Evija has five driving modes – Range, City, Tour, Sport, and Track and is inspired by Le Mans race cars. The exterior of the Evija optimizes airflow by directing it through the bodyshell and is distinguishable by its Venturi tunnel which pierces each rear quarter. Another outstanding design is the absence of traditional door mirrors to reduce drag. The mirrors of the Evija is replaced by cameras integrated into the front wings which are electronically deployed when the car is unlocked. A camera built into the roof provides a central view, and the images are displayed on three interior screens. The question that immediately pops up when looking at the specs of the Lotus Evijia powertrain is - at what speed do you need to drive to get the full range?