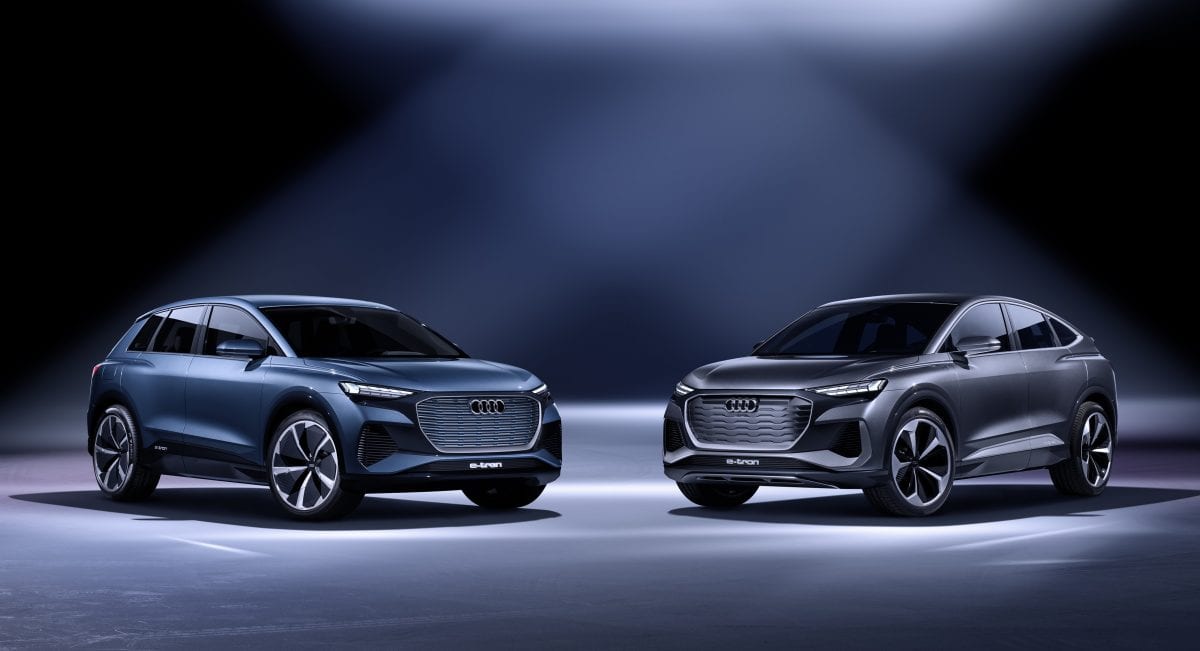 Like the Audi Q4 e-tron, the e-tron Sportback will be available in an AWD and RWD version. The Sportback is 10mm longer than the Q4 e-tron, and the fastback styling allows the Q4 e-tron Sportback to have a drag coefficient of 0.26 compared to the 0.27 of its sister model. The virtual driver display consists of a new large-format head-up display with augmented reality function. The 12.3-inch infotainment touchscreen is positioned above the center console and tilted towards the driver for ease of operation.

The headline specifications for the Q4 e-tron Sportback is:

Compare the technical specs for the Q4 e-tron SUV and Q4 e-tron Sportback on our model pages.

The Q4 e-tron will be the seventh series production electric car by the manufacturer when introduced in 2021 and is based on the VW Group MEB platform. Audi plans to have 20 all-electric vehicles in its fleet by 2025 to achieve a 40% share of its total sales.