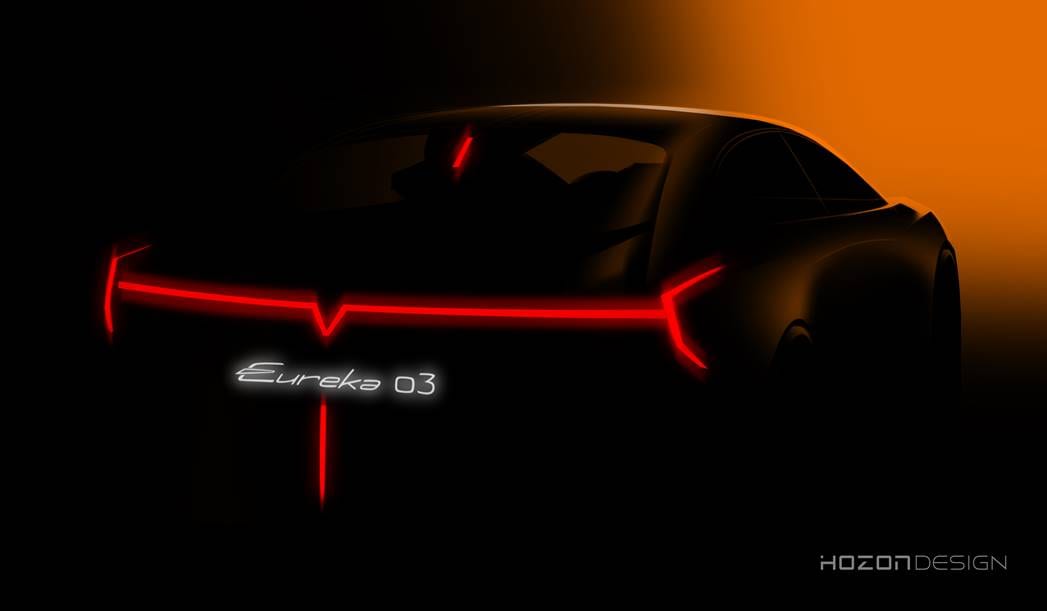 Last week I reported on failed Chinese EV startups and highlighted Neta, Hozon Auto’s EV startup, as an exception. This week at the Chengdu Auto Show, Neta announced that it is kicking off a 3 Billion yuan C-Series funding round and intends to go public in 2021 with a listing in China. Neta has already sold over 16,000 cars since the launch of its first model, the Neta 01 in 2018.

Currently, Neta produces the Neta 01 A0 class SUV, already on its second generation and the Neta U compact SUV, launched earlier this year. The company recently announced that its third model will be the Neta V, yet another SUV. The Neta V will be launched in Q3 2020, sofar, the only visual clue we have to the new car is the sketch below on the right. The Neta V is expected to have a range of 401km (250miles) on the NEDC testing cycle.

Neta also released teaser images of its third concept car, the Eureka 03, a luxury four-door coupe, developed on the Neta HPC platform. Neta revealed that the ultra-thin power battery structure, wide-body, and transparent cockpit design of the Eureka would contribute to an elegant and sporty appearance.

FCA Group launched the plug-in versions of its Renegade and Compass models this week. The plug-in models of the popular SUVs will be identified with the 4xe denotation. The Jeep Renegade 4xe and Jeep Compass 4xe, the first electrified models of the brand, will only be available in the EMEA markets, not in JEEP’s home market, the USA.

The electric drivetrain of the 4xe models consists of an 11.4kWh battery, which delivers a range of 50km (31 miles) WLTP, paired with a 60 hp (45kW) electric motor mounted mid of the rear axle. The C02 emissions of the 1.3T petrol engine and 4xe drivetrain are less than 50gm/km when driven in hybrid mode.

Although maintaining the same design cues as the ICE versions of the Compass and Renegade, JEEP 4xe models are identified through a blue colored “JEEP” badge. The 4xe drivetrain also presents the driver with a new six-speed transmission selector and an updated Selec-Terrain control with eAWD modes.

The Renegade and Compass plug-in hybrids will be available for order from September in Europe in three trims, a “Limited”, “S,” and “Trailhawk.” The plug-in hybrid models are available in two power options, a 190hp (140KW) in the Limited and 240hp (180kW) in the Trailhawk and S versions. For the full specs, please go to the dedicated model pages by following the links of the models in this article.

Anhui Jianghuai Automobile Group Co., Ltd. (JAC Motors) and VW Group finalized the recapitalization of JAC Volkswagen in line with the agreement reached at the end of May whereby VW became the majority owner of the company.

The increase in capital will be used to develop five new electric vehicles and increase the plant capacity to 250,000 units per annum by 2025 and 400,000 units by 2029. The partnership produces the SOL EV brand currently.

JAC VWs capital, which stood at 2 billion yuan prior to the recapitalization, is now 7.356 billion. The capital contributions by JAC and VW Group are made pro-rata to complete Volkswagens ownership increase to 75% of the electric vehicle manufacturing entity. VW Group is one of the first international companies that took advantage of the Chinese Government policy change on foreign ownership of vehicle producers.

One of the few auto shows to be held in 2020 due to the Covid-19 pandemic is currently on. The Chengdu Auto Show, one of the four A-class auto shows in China, is currently running from the 24th of July to the 2nd of August. The show allowed the opportunity for various companies to physically introduce new models, rather than digital reveals as has been the norm for most of the first half of 2020.

Some of the new models showcased for the first time are the new ORA compact SUV (codenamed ES11), SOL (JAC VW) E40X, and AIWAYS U6ion. Please follow the links to the dedicated model pages for detailed reviews and specifications.

Some auto manufacturers also officially list new models for sale at the event.

Mercedes listed the 421km (263miles) eVito Tourer in Europe, priced from €53,990. The 2020 eVito Tourer offers a vast improvement over the previous model, which only achieved a maximum range of 186 km (116 miles), and had no DC fast charging capability.

Charging the Mercedes eVito Tourer is done through a charge port located at the front bumper left of the vehicle. Charging the eVito Tourer takes 10 hours through the 11 kW onboard charger for home and fast charge in 45 minutes to 80% when charged at a 110 kW DC charging stations.