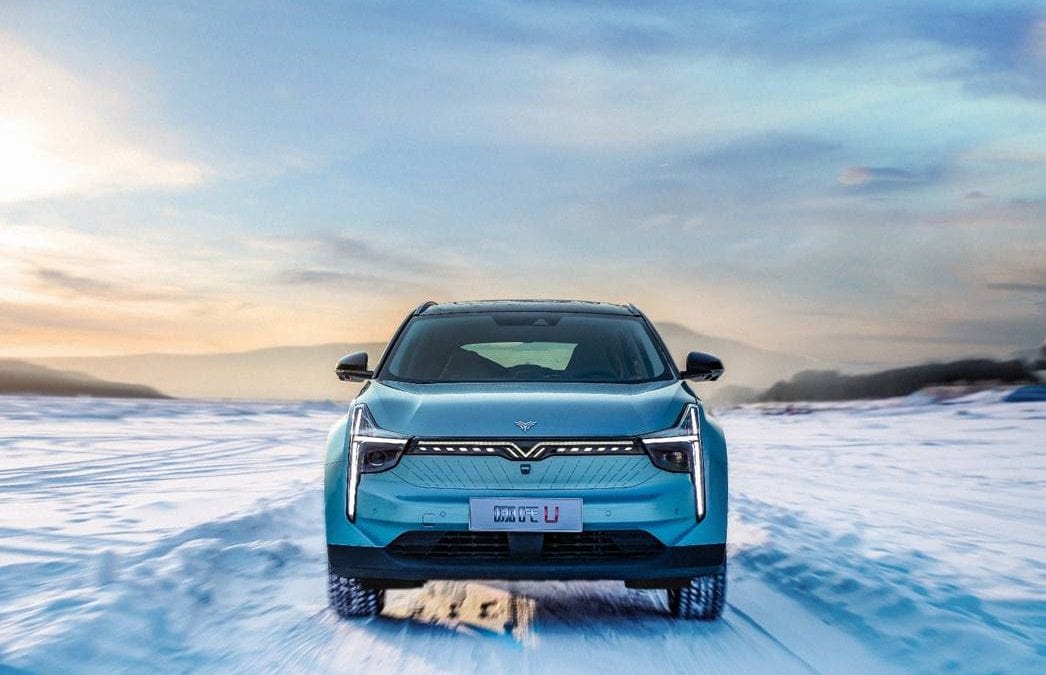 With over 200 EV startups in China, we always expected there would be casualties, but we never expected that it would be the result of a pandemic. Nevertheless, the economic fallout from the COVID-19 epidemic is sowing havoc under prominent electric vehicle startups in China. In Week 27, 2020, I reported on the financial difficulties at BYTON, but in recent weeks the pains of more EV startups came to light.

Like Byton, Bordrin Automobile, founded by Huang Ximing in 2016, has not paid its employees for several months. A recent shareholder meeting saw the company stranded without direction, and its CFO, Yi Xiaochuan, resigned. The only way forward is for the company to be closed, and a new company formed under the leadership of Bordrin’s HR director, Zhang Chang. The new company is depending on it attracting capital. The new company will limit its headcount to 300 employees, and employees will share in the shareholding if they forfeit some of their salaries to keep the overheads low. Recent efforts by Bordrin to sell the IP to its B31 EV platform has not attracted any interest.

This week, Saleen Automobile filed papers against its state-owned shareholders for breach of contract, resulting in the company not being able to pay salaries. According to a letter to employees by Wang Xiaolin, the Chairman of Saleen, the startup’s trouble stems from nonperformance by these shareholders, despite demands for them to contribute to capital as agreed.

Zotye Automobile has also not been able to pay its employees for the past seven months. Zotye has been a top-selling EV producer in 2017/2018 with the Zotye E200 but has failed to build on its success as new entrants started competing in the small car segment. Sales for Zotye’s car dropped 90% from 2018 to 2019, to only 21,224 units. Further trouble for Zotye comes from the financial difficulty of its parent, the Tie Niu Group, which is rumored to have filed for bankruptcy, a claim denied by Zotye.

Evergrande New Energy, the owner of Swedish carmaker NEVS, Koenigsegg, battery producer Shanghai Carnegie New Energy, and electric motor manufacturer Netherlands Tate Mechanical & Electrical Co, was also caught off-guard with a considerable debt book going into the pandemic. Evegrand bet heavily on electric vehicles with the acquisition of the four entries in 2019. This week Evergrande spun out its EV business into a new structure under Evergrande New Energy Vehicle (Guangxi) Co., Ltd, with a registered capital of 1 billion yuan. To survive, the new unit plans to mass-produce its first car in 2021. The Hengchi 1, will be listed under the new EV brand named Hengchi and debut within the next couple of months.

Financial hardship is not limited to EV manufacturers exclusively, but also battery manufacturers. The Chinese battery manufacturer Guoxuan Hi-Tech announced that it expects its net profit to drop by around 90% in H1 2020. Fortunately, the drop in revenue does not put Guoxuan HiTech on the critical list as it supplies batteries for the popular Hongguang MINI manufactured by SAIC-GM-Wuling.

On a positive note, I leave the article with a cover image of the new Hozon Neta U. Neta is ranking third among emerging EV companies in 2020, with sales of over 5000 units for the year to date from the Neta 01 and the Neta U. Neta plans to bring five models, covering the A0 to A+ segments on its HPA and HPC EV platforms.

On the flip side, investors in the USA are in a frenzy for any exposure to electric vehicles and associated technologies. Companies that are already listed, such as Tesla. Nikola and NIO are rallying well above rational levels. This week Fisker Inc also announced a potential listing to take advantage of the hipe. Even struggling, Karma Automotive raised $100million from US private equity firms and plan to raise a further $300 million.

Another Chinese EV startup, CHJ Automotive filed a prospectus to raise funds on NASDAQ. The Chinese EV startup is targeting to raise $100 million and have the stock code “LI.” The funds raised will be mainly used for new product development, capital expenditure, including production equipment, and working capital.

Nissan unveiled the Ariya pure electric SUV, the Japanese automaker’s first new electric model since the Leaf and E-NV200 in the early part of the previous decade. Nissan based the new electric SUV on the Ariya Concept revealed at the Tokyo Motor Show in 2019, and developed the EV on the new Nissan-Renault-Alliance platform. The design thinking behind the design of the Ariya is Nissan Intelligent Mobility. The Ariya will launch by mid-2021 in Japan and available in two range options, each with a choice of either a 2WD or AWD powertrain.

Nissan claims a range of up to 610km (381 miles) for the 2WD 90kWh battery version, based on the Japanese WLTC test cycle. The drivetrain of the Ariya 90kWH AWD produces 290kW (389hp) with a torque of 600N.m (443lb.ft), achieving a top speed of 200km/h and accelerates to 100km/h in 5.1 seconds. The twin electric motor AWD system, dubbed “e-4ORCE”, manages power output and braking performance for a smooth and stable ride. The Ariya is equipped wth ProPilot 2.0 Advanced Driver Assist System and ProPilot Remote Park. The system uses seven cameras, five millimeter-wave radars, and 12 ultrasonic sonar sensors.

The Ariya is the first Nissan model that is equipped with Over the Air firmware updates. The OTA system is called Remote Software Upgrade and utilizes a dual memory bank system for receiving updates on the go. Drivers interact with the Ariya by saying “Hello Nissan” or “Hey Nissan.” The display interface consists of two 12.3 inch displays oriented towards the driver in a wave-like shape.

Pricing for the Ariya starts from around 5 million Japanese Yen, which is 41,000€ or $47,000. Nissan will launch the Ariya in Japan first, with deliveries expected from mid-2021. I can only assume that the USA and other markets will only see first deliveries late 2021 or early 2021.

View the detailed specifications for all four Ariya model versions on the dedicated model page here.

Buick in China this week gave further insight into the drivetrain for the upcoming BUICK Velite 7, which is expected to be the same platform for the BOLT EUV expected next year. The BUICK Velit 7 Buick is the first model built on GM’s new electric vehicle platform.

The new Buick eMotion electric drive technology used in the Velite 7 consists of a 288 cell LG-Chem lightweight battery pack with a battery capacity of 55.6 kWh. The electric motor delivers a maximum power of 130kW (174hp) and torque of 360N.m (255lb.ft).

Foam is used to isolate the thermal diffusion between the battery cells to relieve the cell’s expansion at the end of its life and comply with IP67 safety requirements. The battery management system of the liquid-cooled battery pack allows operation between 25 ~ 55 ℃.

Ryder is placing the first batch of Workhorse C-1000 step vans through its peer-to-peer truck sharing platform, COOP, which connects fleet managers to businesses that are looking to rent vehicles. The C1000 is also available for longer-term leases to the Ryder customer base with service and charging capabilities available out of Ryder’s eleven-facility charge network across California, created in partnership with In-Charge Energy.

The Workhorse C-Series are powered by a modular battery pack system, which provides between 35 kWh when equipped with two module battery and 70 kWh in its standard four-module configuration. The Workhorse C-Series is built with composite lightweight material, saving 4,000 lbs in body weight compared to a competing internal combustion van. The 70kWh C-1000 delivers nearly 100 miles of range at 37 MPGe. 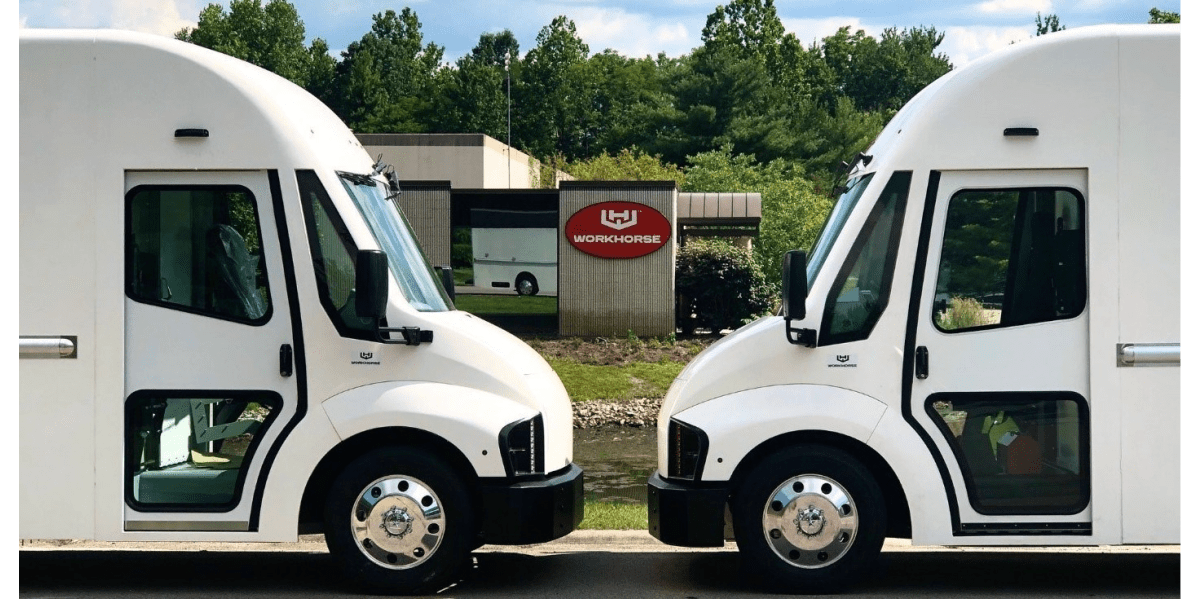