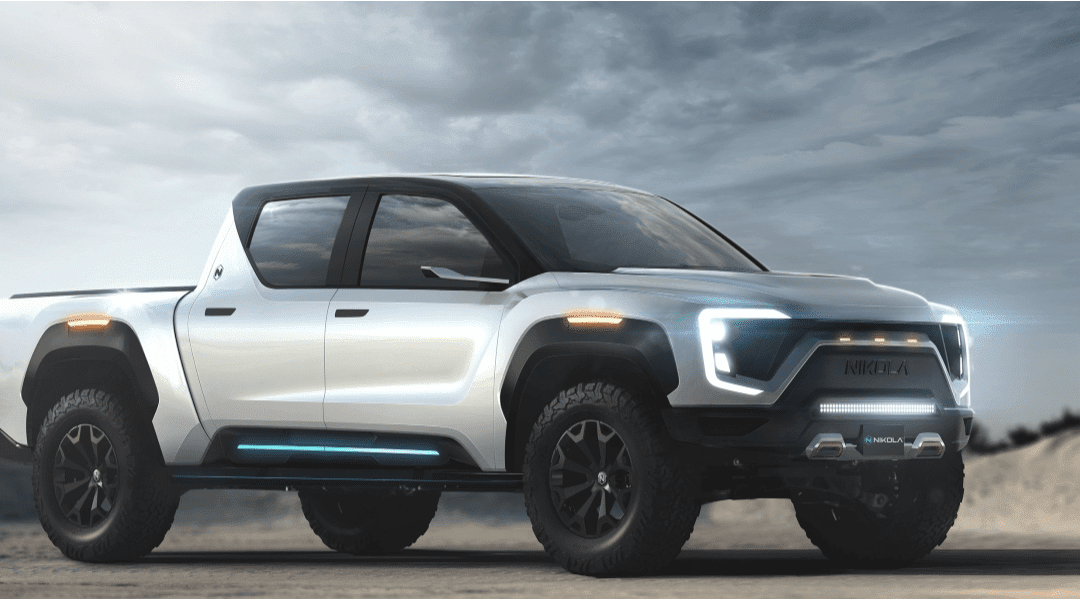 In the past week, we gained further clarity on expected launch dates for some highly anticipated electric vehicle models. Unfortunately, some of these announcements kicked the can further down the road.

The Tesla Semi reveal has been moved a couple of times, so was the expected launch date, which was first scheduled for late 2019 or early 2020/ The lastest reports saw the release only in 2021, despite the Semi prototype frequently being spotted on public roads.

This week a leaked email of Elon Musk announced that it is time for the Tesla Semi to enter into production. Elon Musk confirmed the email in a tweet. 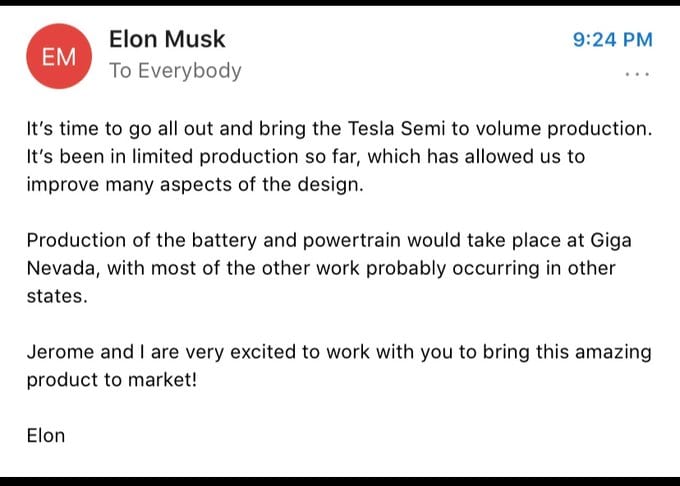 On the flip side, in an interview with CNBC, Jim Farley (Ford COO) indicated that despite the launch of the combustion version of the F150 are on track for July 25, 2020, we can only expect the electric version in 2022.

What could be seen as a consequence of the news, EV start-up Nikola Motor Company overtook Ford’s market capitalization. Nikola Motors, which was only listed last week, announced that it would open the order book for the Nikola Badger SUV, which will be available as an FCEV and a battery-electric model in 2022.

Citroen announced the world premiere of the Citroen eC4, based on the Cactus C4. The Citroen eC4 reveal is set for June 30, and first deliveries as early as September 2020. Obviously, the eC4 is meant for the European market only.

Volkswagen also confirmed that first deliveries for the V.W. I.D. 3 will start in September 2020.

Fiat launched the second version of the ‘la Prima’ limited edition 500e this week, priced at £26,995 or €34,900. The ‘la Prime’ was first launched in March as a convertible and now in a hatchback. Fiat justifies the high price with the inclusion of a 3kW home charger.

BMW launched the X5 xDrive45e plug-in hybrid SUV, priced at $65,400 before incentives. The X5 is not a new model and has been available in Europe since June 2019.

A new EV start-up from down under, H2X, announced this week that it would start selling fuel cell electric vehicles in Australian by July 2021.

The founding members of H2X Australia Chris Reitz, who helped design the Riversimple Rasa FCEV, Fiat 500 and the Alfa Romeo Giulietta, and Brendan Norman, a former BMW, and VW executive, both worked at the Chinese FCEV company Grove.

The pair is bolstered by a team of 70 hires, including Peter Zienau, a project leader of the Chevrolet Bolt, and Ian Thompson, the development lead for the Tesla Roadster.

H2X showed illustrations of some vehicles it might produce, including heavy vehicles and passenger vehicles. H2X plans to start building prototypes for testing as early as November 2020. The company plans to start with the heavy vehicles, which is a better use case for the technology. H2X further plans to bring an SUV to the market by 2024. The SUV featured in the presentation is called the H2X Snowy.

H2X operates from Port Kembla, New South Wales, and was formed with the help of investments from a construction company, Elvin Group and Ken Mathews, owner of the Denzo Group, a renewable energy company.

The H2X strategy is to develop two platforms, a 300 kW to 550 kW powertrain consisting of fuel cells and ultra-capacitors, and a 60 kW to 190kW fuel cell with a battery pack. The larger platform is for trucks and busses, while the smaller ones for the SUV and tractors. Initially, the company will produce only 3,700 vehicles per annum and then ramp-up to 25,000 vehicles by 2025.

H2X will also roll-out between 5 and 15 refueling stations in its first year of operations.

2020 was supposed to be the sunset period for most EV incentives. Now, with a renewed focus on a clean environment brought on by the Covid-19 pandemic, we are seeing extensions and new incentives being activated. The incentives are also used to bolster a slump in demand brought on by the economic fall-out of the pandemic.

The Netherlands this month announced a €4,000 rebate when purchasing a new pure electric vehicle, and €2,000 for used models. The refund will run from July 1, 2020, for a year. The incentive only applies to vehicles with a minimum range of 120km and priced between €12,000-€45,000.
The incentive is capped though at €10 million for new purchases and €7.2 million for second hand EVs.

Across the channel, the British Government is considering a scrappage scheme where the driver will get a £6,000 trade-in when swapping an internal combustion model for an electric car. The British Prime Minister is expected to announce the measure in July 2020.

EV grants in the UK were being called down, with the latest incentive effective from March 2020, reducing the subsidy to only £3,000, nearly half of what it was at inception.

In Germany, the Government updated its EV incentive that will save buyers of EVs a further €3,000. The increase forms part of a €130 billion stimulus package. The incentive, which with the further €3,000 announcement now stands at €9,000, only applies to vehicles less than €40,000.

Auto Express reported that the Geely owned British icon, Lotus, is fully embarrassing an EV future. The company will jump the hybrid powertrain step preferred by most legacy automakers, and move to pure electric drive trains only from 2022.

Lotus CEO, Phil Popham told Auto Express, “BEV is really well suited to sports cars – the torque characteristics, the weight distribution, design and flexibility of dynamics. For me, it all leads to BEV as the ultimate technology for sports cars.

Lotus will launch the Evija Hypercar, pictured below, in a limited run of only 130 models in 2021. Priced at an eye-watering £2.4 million it is clear Lotus is rebranding itself into a more exclusive market segment. According to Auto Express, once Lotus has established itself with its new fleet of electric sports cars, it will expand its offering to saloons, GTs, and potentially SUVs. 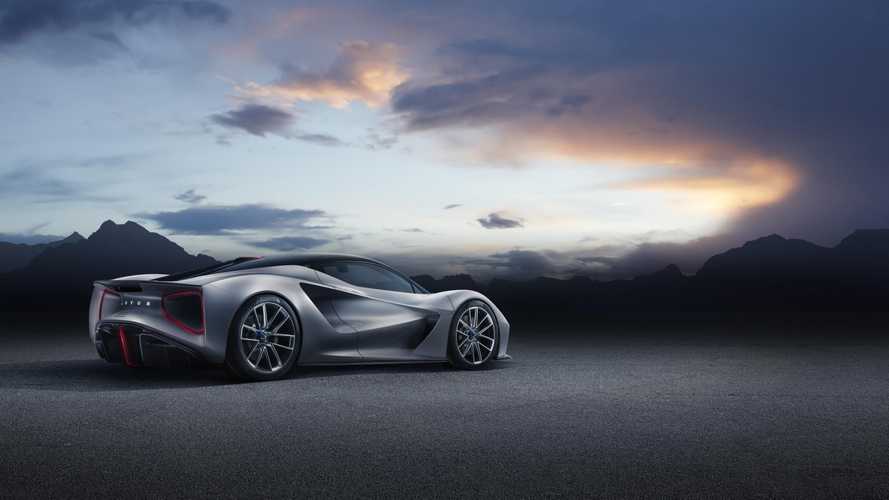