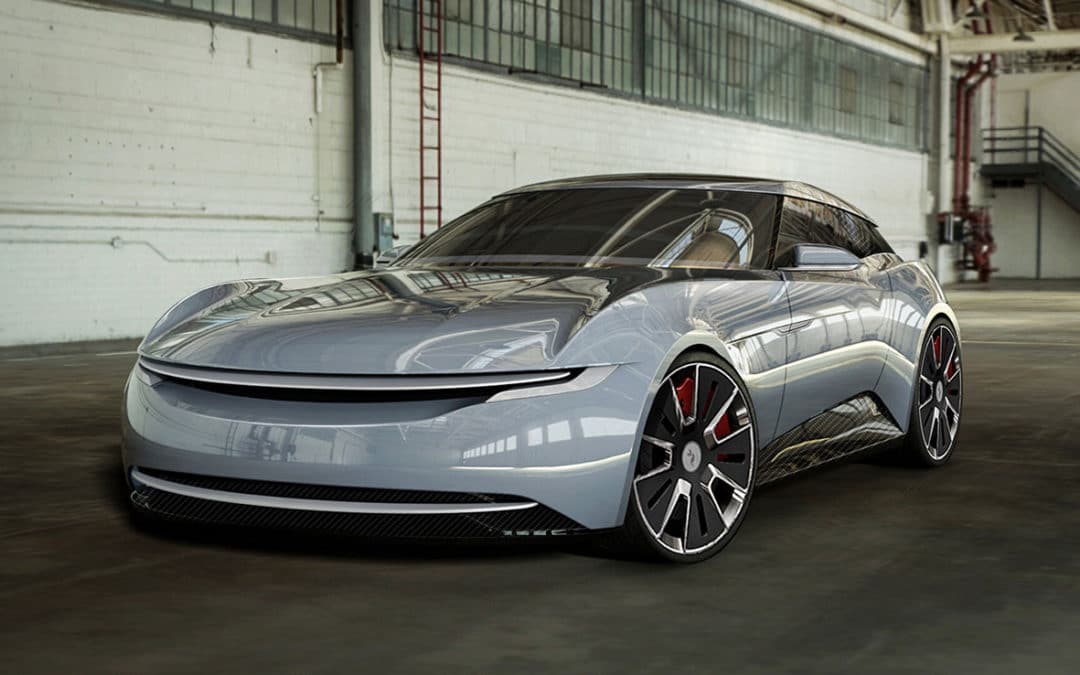 UK based EV start-up, Alcraft Motor Company unveiled its GT Concept this week. The Alcraf GT has a range of 480 km (300 miles).  The design allows for a 2×2 configuration and the is propelled by a three-motor, four-wheel-drive powertrain. The Alcraft GT is said to accelerate from 0 – 100km/h in 3.5 secs achieving a torque of 840 lb-ft and 600hp. The batteries are in a T-shaped pack between and behind the driver and passenger seats.

Alcraft Motor Company is tapping equity funding and a rewards-based crowdfunding campaign to fund the development of the Alcraft GT by 2019. The crowdfunding bands start at £10 and go up to £25,000. Rewards include VIP days at Silverstone with rides in a development mule for the GT, featuring similar battery, motor and torque vectoring technologies to those which will be in the GT, and exclusive electric bikes by Cyclotricity and wristwatches by Matthew Humphries Design.

SK Innovations of South Korea announced that it will start producing NCM 811 batteries from the Q3 2018. Nickel Cobalt Manganese Batteries offers vehicle manufacturers the opportunity to develop electric vehicles with a range of up to 320 miles (500km), which is about 60 miles further than current options according to the company. Although such batteries are already used by companies such as Tesla in stationary batteries used for grid applications and the Power Wall, SK would be the first to develop batteries for the automotive sector. SK Innovation will produce the batteries in a mid-size and large pouch format at its Seosan facility, where the company is constructing its 5th and 6th production lines that would enable it to produce 3.9 GWh per annum. SK Innovations will expand its production capacity to 10GWh by 2020. 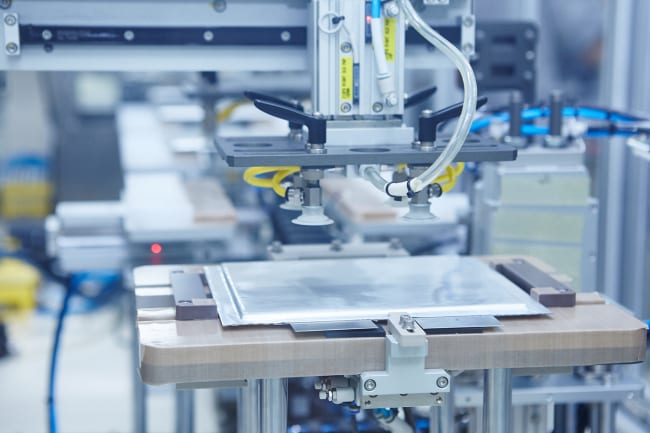 In related news, LG Chem approved an investment plan of $387 million in its Polish subsiduary, LG Chem Wroclaw Energy sp. z o.o, to expand its EV battery output capacity. According to regualtary filings, the investment’s timeline is up to June 2020.

The GNVERT – VAN HOOL consortium is to deploy eight hydrogen buses in the next two years in the City of Pau, France, according to ITM Power, a partner in the consortium. The route will operate from September 2019 between the hospital and the railway station in Pau. The hydrogen buses offer a long driving range (350 km) and rapid recharging (10 minutes) and will be developed on articulated 18-meter fuel cell platform. The bus will be designed and manufactured by Van Hool, the European manufacturer with the most expertise in hydrogen mobility with more than 50 fuel cell electric vehicle (FCEV) hydrogen buses already in operation. 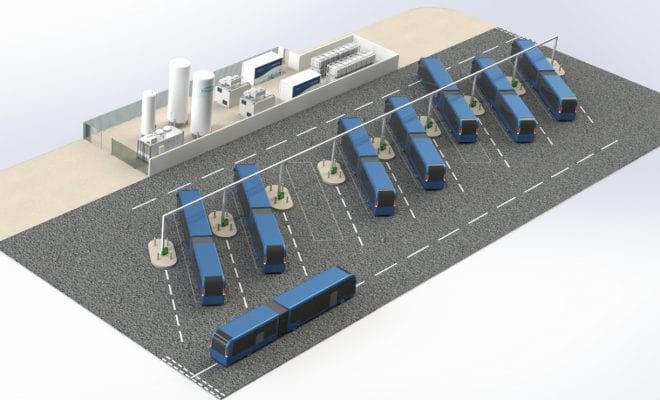 Nissan launched the long anticipated 2018 Nissan Leaf on the 5th of September. The Nissan Leaf has been the most affordable, mass production EV in the world since its launch in 2010. The 2018 Nissan Leaf offers a greater range and advanced technologies, making the new LEAF the ultimate electric vehicle according to Nissan. The 2018 LEAF offers a longer range at a lower price – with stronger performance, striking new design and cutting-edge technologies such LEAF’s advanced ProPILOT Assist and e-Pedal technologies. The ProPilot can automatically control the distance to the vehicle in front, using a speed preset by the driver (between about 18 mph and 62 mph).

The 2018 Nissan Leaf is built on the Japanese automakers new e-powertrain, called Nissan Intelligent Power, which offers improved energy efficiency and increased torque and power output. The new e-powertrain delivers an exhilarating, linear driving performance with a power output of 147 horsepower, 38 percent more than the previous-generation LEAF. Torque has been increased 26 percent to 236 lb-ft, resulting in improved acceleration. The 2018 Leaf’s 40kWh lithium-ion battery pack delivers an estimated range of 150 miles, which should satisfy the daily driving needs of the majority of LEAF owners. The individual cell structure of the laminated lithium-ion battery cells has been improved, representing a 67 percent increase in energy density versus the original 2010 LEAF model. Another improvement on the previous lithium-ion battery pack is the use of enhanced electrode materials with revised chemistry, resulting in higher power density while contributing to greater battery durability upon charge and discharge. Charging time is between 16 and 8 hours depending on a 3kW or 6kW charger.

Apple CarPlay and Android Auto have been added to the infotainment system in cars equipped with the navigation system.

Nissan will also offer a new higher power, longer range version at a higher price for the 2019 model year. 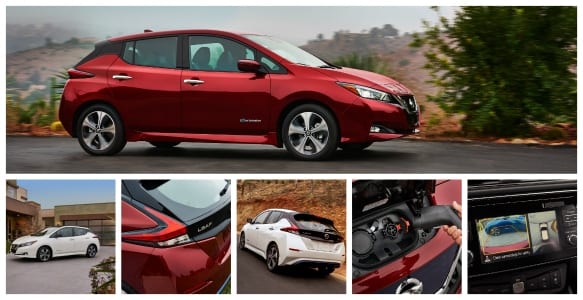 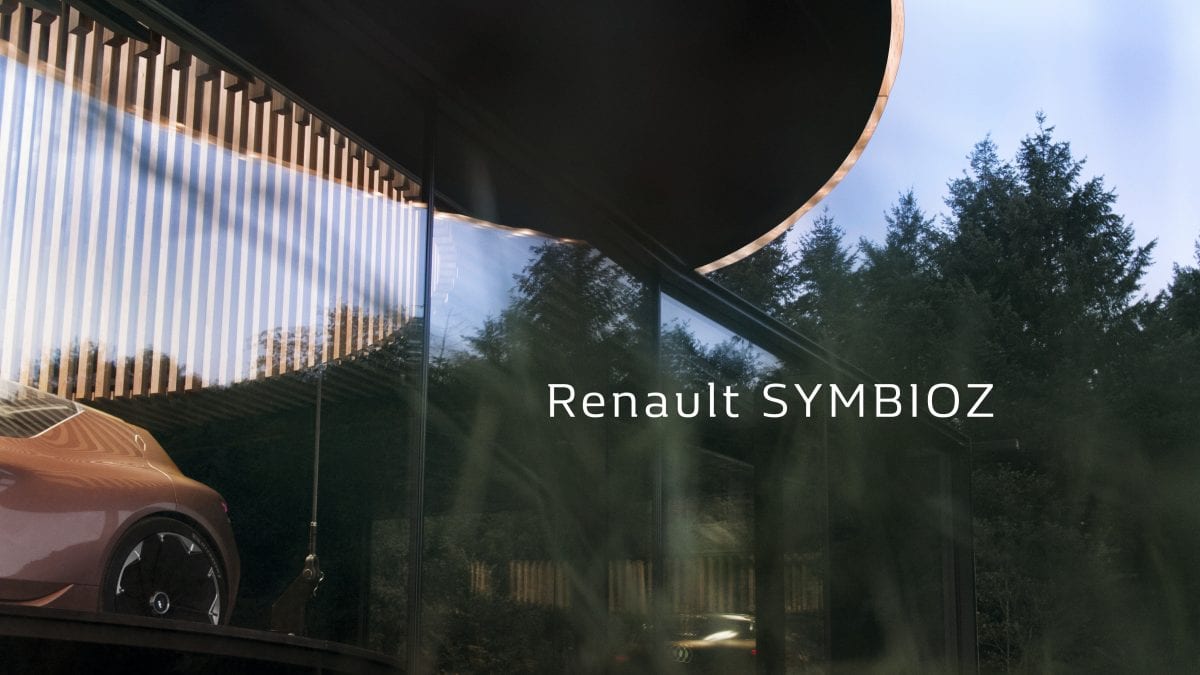 Renault to unveil its autonomous vision, the Symbioz Concept, at the Frankfurt Auto Show. The Symbioz Concept will showcase how Renault sees autonomous, electric and connected mobility by 2030. The name SYMBIOZ is derived from ‘sumbiōsis’, the Ancient Greek word for ‘living together’. Renault believes that the automobile of the future will function harmoniously and in permanent interaction with its environment, road network infrastructure and the digital lifestyles of its occupants. The letter ‘Z’ at the end refers to the all-electric Z.E. technology that powers the car.

Torc Robotics has partnered with chipmaker NXP Semiconductors to improve its 360 degrees imaging providing real-time info about a vehicle’s surroundings to its self-driving systems according to a press release by the company.  According to Techcrunch the goal for Torc is to help automotive OEMs, and top-tier suppliers negotiate the new landscape of self-driving, with guidance gleaned from their own experience, and with hardware and software platforms to fill in the gaps in existing automaker autonomy programs.

Delphi is said to add 100 more employees at its Pittsburgh unit to support its activities in autonomous driving, taking the team to 150 by next year, signaling an acceleration in the development of the technology. The team will support a fleet of up to 50 self-driving vehicles by the end of 2018. Delphi’s autonomous fleet which includes BMW‘s and Audi SUV’s will be complimented with Chrysler Pacifica mini-vans in the future according to The Incline.