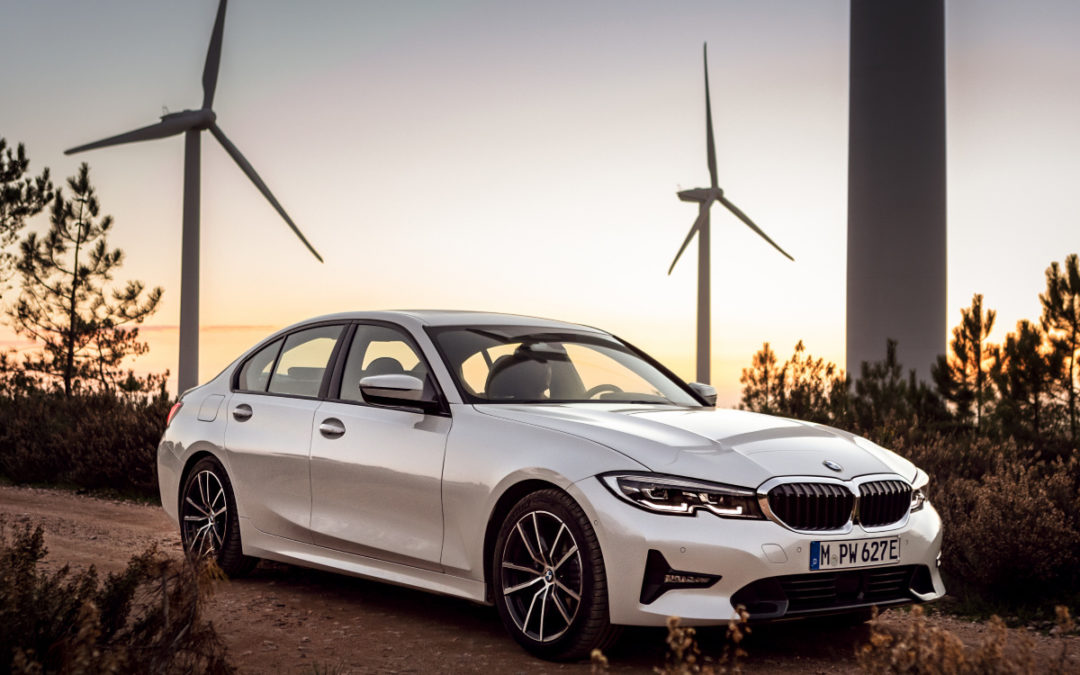 Chinese lite vehicle sales take a nosedive with imported brands leading the fall, well that is for combustion vehicles. Brands such as Ford which had no defined electric car strategy sales dropped as much as 40% over the last couple of months. Sure the trade war and slowing economy is a factor but EV sales in China stood at 124,000 in October, while lite-vehicle sales declined for the fourth consecutive month as it dipped below 2.05 million units, 13% lower than October 2017. Electric vehicle sales now account for 6.1% of passenger car sales in a slowing auto market in China where new vehicle stock now average 56 days, nearly two months on the dealership floor. It is expected that auto brands will dump more cars before year-end to achieve annual targets. It is going to be interesting how these year-end promotions will impact the sales of electric vehicles.

From the chart above, showing sales patterns for the various vehicle classes it is clear Chinese city dwellers have a preference for A0 and A00 class micro and compact cars. The EV sales reported here is excluding of so-called “low-speed” electric vehicles, or neighborhood electric vehicles (NEV’s). Although not specifically covered by wattEV2buy the NEV market in China consists of over 100 manufacturers with an annual capacity of around one million vehicles. I have reported over the last couple of months how NEV manufacturers such as YGM is transitioning from NEV manufacturing to producing compact highway-legal electric cars. For YGM which was acquired by GAC for its EV credits the strategy paid of as the Chinese Government this week announced that it is cracking down on the NEV sector, halting approvals for any further plant capacity and authorizing the buyback of such vehicles in an effort to phase them out. Electric three-wheelers and NEV equipped with obsolete drivetrains are the cause of over 800,000 accidents resulting in 18,000 deaths over the past five years. The crackdown will certainly add further support for A00 and A0 class EVs in China in the coming months.

If you require and more in-depth analysis of October’s EV sales, you can purchase our monthly report here.

The Guangzhou Auto Show kicked off this week and as expected were jam-packed with electric vehicles which are the new normal in China and way ahead with EV offerings compared to similar events in the West. I have updated all the relevant models with the specs and prices on the dedicated pages on the website and will for ease list them here to get a good overview of most of the models presented there. Some of the models have been introduced as concepts at the Beijing Auto Show with their production versions going on pre-order or even listed at the Guangzhou Auto Show. The show was also used to showcased improved versions of existing EV models as many companies updated A0 class vehicles to a 300km (188 miles) range and sedan’s to over 500km (312 miles). Here is a list of some of the electric vehicles showed at the 2018 Guangzhou Auto Show:

BMW unveiled the specifications of the 2019 BMW 330e iPerformance. The 2019 BMW 300e model is available from the summer of 2019 and boast a 50% increase in range and reduced emissions by 10%. The BMW 300e plug-in hybrid offers a range of 60km (38miles) from a 12kWh battery. The performance of the BMW 330e sedan is also enhanced through XtraBoost which further increases drive output on a temporary basis to as much as 30 kW/41 hp. For the full specs go here.

KIA announced that the Kia e-Soul would be unveiled at the Los Angeles Auto Show on the 30th of November 2018. The next generation of KIA electric car will be available from 2019 in Europe and the following year in the USA. KIA teased an image of the rear of the e-Soul EV in anticipation of its launch. KIA also released the specifications of the 2019 KIA SOUL EV. Unfortunately, the 2019 KIA SOUL EV kept its 30kWh battery and 111mile range.

Mercedes‑Benz delivered the first series production model of its eCitaro City Bus to the Hamburg public transport company, Hochbahn AG in Hamburg. The total Hochbahn AG order of 20 eCitaro buses is the largest so far since the world premiere of the City bus at the IAA in September 2018. 2020 Hamburger Hochbahn AG which operates a fleet of 1000 buses will electrify its entire fleet by 2020. The eCitaro has a modular battery system, allowing operators to choose buses for different ranges. The total capacity of the battery system is 243kWh.

Volkswagen Group EV strategy, Roadmap E, will see the company German auto group bring 50 electric vehicles to market by 2025, which requires battery supply equivalent to four “Gigafactories”. Securing the battery supply in major markets has been a key factor for the success of the company’s EV strategy as it competes with other big companies and their battery demand. This week VW contracted with the South Korean battery cell manufacturer SK Innovations to supply part of 150GWh required annually by VW. SK Innovations will join LG Chame and Samsung as suppliers to Volkswagens European plants and be responsible for supply in North America from 2022. Volkswagens Chinese requirements will be met by the Chinese supplier, CATL.

Brian Wolf, the Director, Business Development, Ford Autonomous Vehicles LLC wrote in a Medium post that the company is teaming up with Walmart and Postmates to test the commercial application of its self-driving technology through a pilot project in Miami Dae-County, Florida, USA.. Mr Wolf wrote “Through this collaboration, we are exploring how self-driving vehicles can deliver many everyday goods such as groceries, diapers, pet food and personal care items. Enabled by Postmates delivery as a service, we were able to quickly set up a pilot program that explores how our self-driving vehicles can complement Walmart’s existing delivery offerings.” Ford aims to get ahead of the curve on autonomous driving after falling behind in the EV race. The company aims to become more a mobility company than a motor manufacturer in the future.

Daimler and Bosch recently announced that it will pilot an autonomous ride-hailing service, similar to that of Waymo in Phoenix Arizona. The two German companies which are both permitted to test autonomous vehicles in California revealed that the pilot project will be geo-located in San Jose, south of Silicone Valley. The two companies will test level 4 and 5 autonomous drive systems in the San Carlos/Stevens Creek corridor between downtown and west San José.