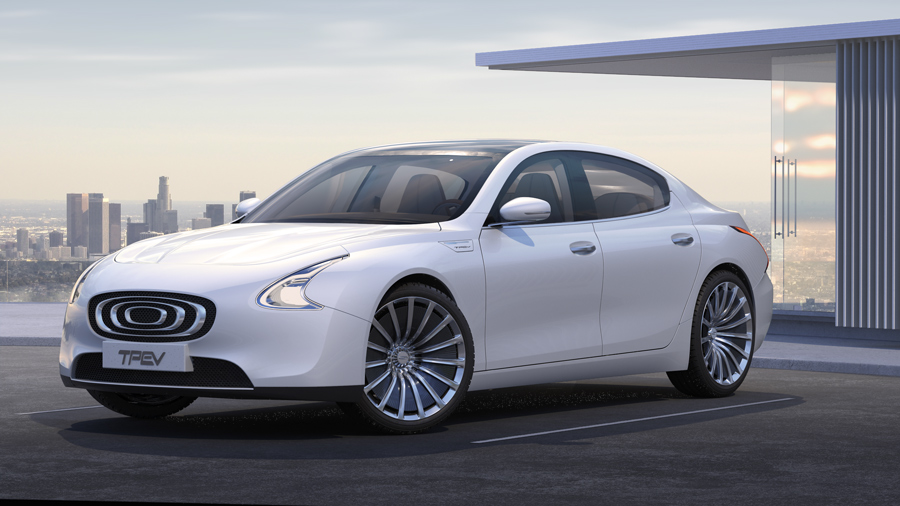 A famous saying from my trading days was “the bus waits for nobody.” This week we saw Tesla‘s market cap exceed that of BMW as investors ditched the German automaker as punishment for losing sales to Tesla (remember the charts of all manufacturers I posted in Week 31? Don’t say you have not been warned!). The EV bus has left the station and many automakers are left scrambling to catch up. Seeing the impact of the Model 3 on sales some are now looking ahead at what the launch of the Model Y crossover will do to their sales. Bloomberg reported this week that VW could be adding a subcompact crossover to its EV line-up which can cost as little as €18k ($21k). According to the report the plans for the subcompact EV crossover still needed to be approved by the supervisory board, but it seems the that the company plans to produce 200,000 units of the car at the Emden plant in Germany.

BYD will launch the pure electric version of the best selling Tang plug-in SUV, a smaller five-seat version of the TANG PHEV and the plug-in BYD SONG MAX. BYD has been on a full-out assault to be the leader in the electric car sector in China. BYD announced that the reduction EV subsidies, especially on plug-in hybrids, has impacted on its bottom line and that its full-year earnings are to drop by a third. BYD also announced a change in its strategy whereby the company will focus more on pure electric vehicles. The “e” series will deviate from the current “Dynasty” line-up which consists of the Tang, Yuan, Qin, and Song models. The “e” series will consist of 8 EV models named the BYD S2, S3, S5, e1, e2, e3, e5, and e6.

There is much excitement ahead of the Guangzhou Auto Show which starts this coming week, and we expect even more electric cars at this year’s event than in 2017. I will publish a complete list next week of all the cars launched during the event. Some Chinese EV manufacturers will be using the 2018 Guangzhou Auto Show to launch new models that will be on sale by the end of 2018 or early 2019. You can look forward to the launch of various EVs including the LUXGEN U5, SAIC MG EZS, GAC A26, BAIC EX3, Zotye Z500 Pro, Zotye TE450 SUV, Zotye E200 Pro, YUEDA KIA K3, JMC E300, Changan Eado XT.

The Citroen JV brand Dongfeng Fukang listed its first EV this week. The Dongfeng Fukang ES500 is available in two trims ranging in price from 13.86 to14.86 million yuan after subsidy. The ES500 is a compact sedan with a maximum power of 90kW, top speed of 150km/h and a cruising range of 351km. Dongfeng Fukang provides three years of free charging and battery warranty of 8 years or 500,000 kilometers.

VW listed the Passat PHEV this week in China. The Chinese version’s specifications differ from the model currently on sales in Europe. The Chinese Passat plug-in has a larger battery providing a longer range of 63km (40 miles).

The start-up Dearcc listed the upgraded version of the E10 EV first launched in 2017. The upgraded model is named the Dearcc E10 Pro 300 EV with a range of 270km (168miles) on the NEDC cycle. Dearcc’s new brand Enovate also unveiled its first EV due 2019, the ENOVATE ME7 EV SUV.

EV start-up Thunder Power officially announced the specification of the production version of Thunder Power TP488C first introduced in 2016. The pure electric sedan is currently named the TPEV and is expected in 2019 first as a limited edition with a range of 650km (406 miles) from a 110kWh battery pack consisting of 21700 cylindrical cells. The TPEV is constructed from lightweight aluminum alloy in a  ratio of aluminum alloy/high-strength steel and carbon fiber of 95% and 5% giving the car a total weight of only 1900-1950kg. The electric motors on the front and rear axle provide a combined maximum power of 430kW and can accelerate to 100km/h in only 3.2 seconds.

FAW Toyota hosted an information session on its upcoming Levin plug-in hybrid or as it is named in China the Corolla Twin Engine E+. The Corolla PHEV is expected in March 2019 and will kick-start the electrification strategy of Toyota in the country. Toyota will launch a pure electric version of the Toyota C-HR in 2020. According to Toyota hybrid models will contribute to 50% of its 5.5 million sales target in China by 2030. In addition EV (pure electric) and FCV (hydrogen fuel cell) models will make up 10% or 1 million units in 2030. The battery pack behind the rear passenger seats for the first generation Corolla Twin Engine E+  will only support 220V/16A Level 2 charging which will fill the battery in about 2 hours.

The new CEO of Bentley wants a more aggressive electrification plan. Chief Executive Adrian Hallmark told Reuters that he wants Bentley cars to be more environmentally-friendly and presented a strategy to achieve this to the board earlier the year. Bentley which is a Volkswagen company since 2012 will be developed on the Audi/Porsche platform which is also the backbone of the new Porsche Taycan electric car.

In Week 36 I reported that the Chinese Government was looking to introduce curbs to the auto sector. The rules aimed not only to curb new investment in combustion capacity but also pull in the reigns of rampant EV investment. Automakers will now have to comply with certain conditions which will look at their financial viability and EV strategy. This week saw the first results of the implementation of the rules as the Ministry of Industry and Information Technology put 27 auto manufacturers on notice whereby their ability to produce EVs would likely be revoked. The list included passenger vehicle manufacturers such as Brilliance Auto, Hafei Automobile and Changan Peugeot Citroen, and Wanxiang Group which also produce the Karma Revero in the USA. (Please note the rules only apply to production in China.) According to the notice the companies on the list needed to be vetted before they can produce EVs. The automakers listed also stand to loose qualifying for tax exemption on their EVs.

At the recent Baidu World Congress held on November 1, 2018, Baidu and Chinese state-owned carmaker FAW unveiled the Red Flag E-Boundary level 4 autonomous electric car. The Red Flag E-Boundary is based on the E-HS3 by the luxury brand Hongqi. The E-Boundary will be launched in small batches in 2019 followed by mass production in 2020. Chairman of FAW Dr. Xu Liuping said at the conference, “Last month we released the red flag technology brand ‘阩旗计划’ R.Flag with its branded autonomous system i.RFlag.