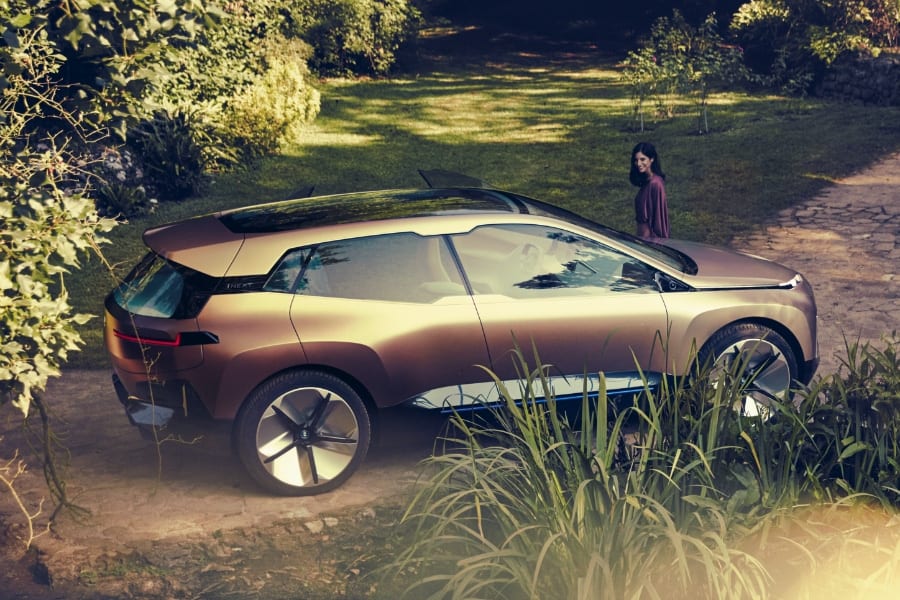 THE NEWSLETTER IS ALSO AVAILABLE ON VIDEO – SUBSCRIBE TO WATTEV2BUY CHANNEL

Joining a crowd of niche EV manufacturers in the USA Atlis Motor Vehicles from Arizona aims to build an electric pick-up with a starting price of $45,000. The company also plans to offer users a subscription-based ownership model from $700 per month. Atlis Motors plans to unveil a prototype of the Atlis XT Pickup Truck this month according to its crowdfunding campaign on the Start-Engine crowdfunding platform.

To date, the company has raised nearly $400,00 from 751 investors. Atlis aims to raise $1 million from the crowdfunding campaign whereby you can own a share in the company from $203 minimum which equates to a price of  $0.29 per share.

For detailed specs of the Atlis XT click here.

Citroen presented the C5 Aircross SUV Plug-in hybrid concept. Citroën’s first PHEV model in the Core Model Strategy which will lead to 80% of the range having an electric option by 2023 and 100% by 2025. For the full specs released please click here to go to the dedicated page on the wattEV2buy website.

Aston Martin revealed detailed specs of its first pure electric car, the limited edition Rapid E. The Rapid E is now officially christened and will be available in a limited run of only 155 units. The company also announced that St Athan Wales will become its center for electrification and manufacturing base for its upcoming Lagonda EV luxury brand. For specs card of the Rapid E please click here.

Chery New Energy received the dual certificates needed from the Chinese government to start operations. In accordance with Chinese regulations, companies need to receive approvals issued by the Ministry of Industry and Information Technology and the National Development and Reform Commission to produce electric vehicles. Once the company receives the production qualification from the National Development and Reform Commission (NDRC) it can proceed to apply for certification from theMinistry of Industry and Information Technology. The ministry asses the company according to a number of rules including the “Passenger Vehicle Manufacturing Enterprise “, “Product Access Management Rules”, “New Energy Vehicle Manufacturing Enterprise” and Product Access Management Rules.

According to the relevant national policies and regulations, enterprises approved by the National Development and Reform Commission must start construction within two years and sell within three years. Chery New Energy applied for approved by the NDRC to build a 60,000 unit plant back in 2016. Chery completed its 67,304 square meters plant at the end of 2017 where it produces three EVs to date, the eQ1, Arrizo 5e, and Tiggo 3x’s. For the first eight months of 2018 Chery have already sold 34,503 electric cars.

On September 10, 2018, Weima Auto listed the EX5 and EX5 Pro production models first introduced at the 2018 Auto China in April.  At the time Weima shocked the market with the first SUV below ¥100,000 after taking subsidies into account. Weima listed six models in total of the EX5 range. The prices reflected here are for the Beijing area, which has of the most progressive subsidy policies.
[supsystic-tables id=’199′]
The prices are higher than initially announced at Auto China due to the company changing the battery packs of the EX5 and EX5 Pro from cylindrical cell to the pouch type supplied by CATL.

The excitement created by BMW around the unveiling of its iNext EV over the last couple of weeks came to fruition this week with the unveiling of the BMW iNext SAV (Sports Activity Vehicle). In May BMW Chairman, Harald Krüger, described iNext as follows: “The iNEXT project will provide our building blocks for the future, from which the entire company and all of its brands are set to benefit.”

According to the press release by BMW, the iNEXT will come onto the market in 2021 and be produced at Plant Dingolfin. The production model of the BMW iNEXT will assume the role of a new technology flagship. It will take the BMW Group’s strategic innovation fields (“D+ACES”) onto the road for the first time as a single package.

Some of the outstanding features of the iNext SAV is its large (24-inch) whee which are aerodynamically efficient, the blackened off grille. The Liquid Greyrose Copper exterior which gradually changes shade from warm copper to dark rose is synonymous with the iNext concept series first introduced in 2017.

BMW Vision iNEXT drivers can choose to either drive themselves (in “Boost” mode) or be driven (“Ease” mode). “Boost” mode uses the electric drive system to deliver a highly dynamic and virtually silent driving experience with zero emissions. In “Ease” mode, the vehicle offers the driver and passengers a space in which to engage in a wide range of activities. The interior operations of the iNext represent the company’s “Shy” tech whereby only the steering wheel and displays in the driver’s area are visible. The BMW Vision iNEXT highlights three different, visionary applications for this “Shy Tech” in the form of Intelligent Personal Assistant, Intelligent Materials and Intelligent Beam.

AUTONOMOUS EV NEWS FOR THE WEEK

Daimler’s Mercedes Benz Vans unveiled its vision for future mobility this week in Copenhagen. The evolutionary mobility concept is introduced as Vision Urbanetic. The Urbanetic is a platform on which ride sharing or delivery modules could be added. The “skate” is 5.14 meters long and offers load space of 3.7 meters which can either accommodate a 12 person ride sharing module or a cargo unit carrying ten EPAL pallets. Mercedes Vans highlights the Urbanetic as follows: