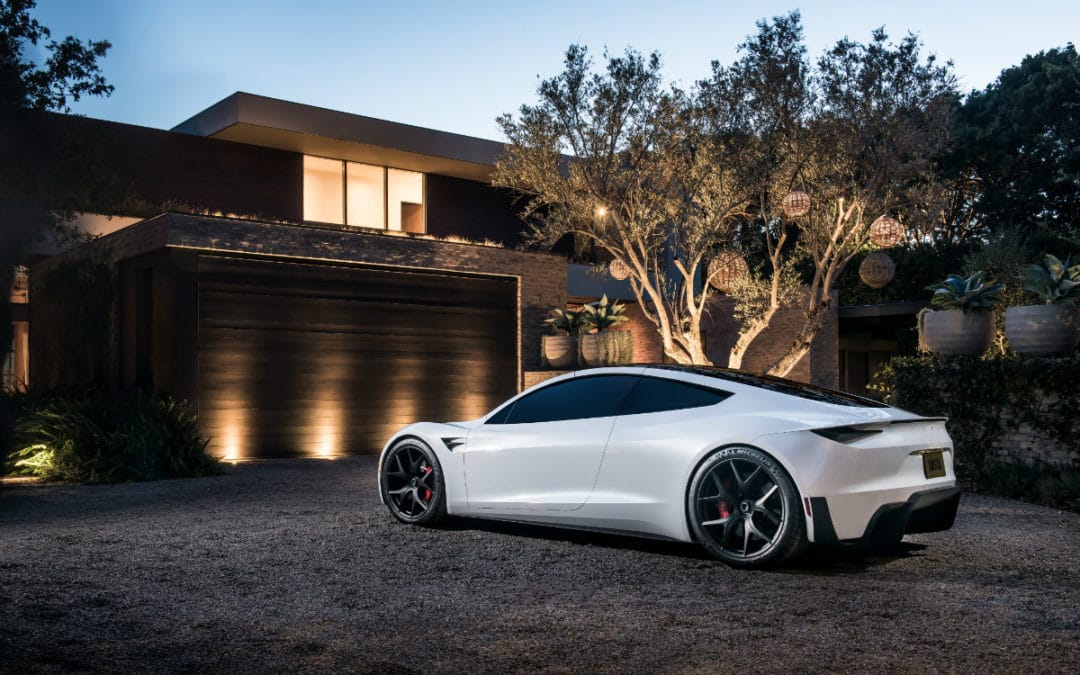 The day has finally arrived! Mercedes unveiled the EQC 400 4MATIC EV SUV on the 4th of September in Stockholm and open pre-registration through an exclusive online registration service with “EQC Registration”. Interested parties can receive updates about the EQC [mercedes-benz.com/eqc]. No pricing or a firm release date was set at the launch. Production of the EQC 400 electric SUV will be at the same plant in Bremen where the C-Class Saloon and Estate, GLC and GLC Coupe are assembled. The EQC will also be assembled in Beijing with Daimler’s JV partner BAIC. The Chairman of the Board of Management of Daimler and CEO of Mercedes Dieter Zetsche said of the EQC 400 “It’s the Mercedes of electric vehicles.” Mercedes set the range of the EQC4000 at only 450km/281miles (NEDC) from its 80kWh battery pack which will translate in a disappointing closer to 220 real-world miles more or less. Based on the market’s reaction it could very well be that the EQC400 did not live up to expectation as a Tesla killer. For a detailed look at the EQC400 click here.

BAIC BJEV finally launched the BAIC EC180 replacement car at the Chengdu Auto Show 2018. The BAIC EC3 has an improved range of 261km (164mi) and is available in two variants starting at ¥65,800 after subsidies. The BAIC EC3 is equipped with LED headlights, an LCD instrument panel, and LCD control to operate the cars media system, navigation and connected phone. The BAIC EC3 is also equipped with an intelligent electric braking system which regenerates 99.99% of the braking energy, improving the range of the A0 class EV significantly. The CATL supplied battery pack and BMS (battery management system) is upgraded to and can operate in severe weather conditions as low as minus 30 degrees Celsius.

The GAC Toyota JV launched its first electric vehicle at the Chengdu Auto Show 2018 on the 31st of August. The Guangzhou Toyota iX4 is available in two variants priced from ¥163,800 before subsidies. The GAC Toyota iX4 EV SUV is based on the GAC Trumpchi GS4 EV. Compared to its competitors the GAX iX4 does not have particularly long legs, its 46kWh delivers a disappointing 270km (169mi) range.

Automotive News China quoted the Head of China’s National Development and Reform Commission’s Department of Industrial Coordination (NDRC) Nian Yong who indicated that the government is to tighten controls on the auto sector in a bid to curb excess capacity. The Chinese Government is to publish investment rules related to new factory capacity which will tighten industrial investment project management standards, strengthen regulation, and prevent haphazard investment and redundant development according to Mr. Yong. A draft of the NDRC rules were published in July for public comments spooked the auto sector. According to an NDRC official Gu Ziming, some concessions were granted in the final rules after taking into consideration the industry’s feedback. The rules will not only curb new investment in combustion capacity but also pull in the reigns of rampant EV investment. Automakers will now have to comply with certain conditions which will look at their financial viability and EV strategy.

BMW is joining other luxury automakers this month in stirring interest in their upcoming electric cars. Although the BMW iX3 SUV will only be available in just over 18 months the German automaker this week open the reservations in a key market, Norway. Prospective buyers in Norway can reserve their position to buy the BMW iX3 SUV when it becomes available in 2020. BMW requires a refundable deposit of 15,000kr (~$1,800) for the privilege to be first in line to get the iX3, copying Tesla’s playbook. Audi and Mercedes are also open registers for their upcoming EVs. At this stage, Mercedes has not determined a price for the EQC revealed this week and only allow potential buyers to register their particulars so they can be updated. We will have to wait till next week to see how AUDI buyers can get their foot in the door to get an AUDI e-tron Quattro.

BMW also started teasing images of the Vision iNext which is on a whirlwind tour of Munich, New York, San Francisco and Beijing. BMW and Germany’s Lufthansa airline banded together flying the iNext in a cargo plane to these world cities in just five days.

Audi announced that the production of the Audi e-tron Quattro commenced on Monday the 3rd of September at its Brussels plant. Audi will officially unveil the e-tron in San Francisco on the 17th of the month. The project to re-tool the plant started in summer 2016 while employees received more than 200,000 hours of training to prepare for the assembly of the e-tron. Audi is also producing its own batteries which are delivered by autonomous vehicles.

Managing Director of Audi Brussels, Patrick Danau said – “Audi built up numerous competencies in-house for the Audi e-tron and developed both the battery technology and the actual drive system itself. And employees rethought, planned and implemented many stages of production.” 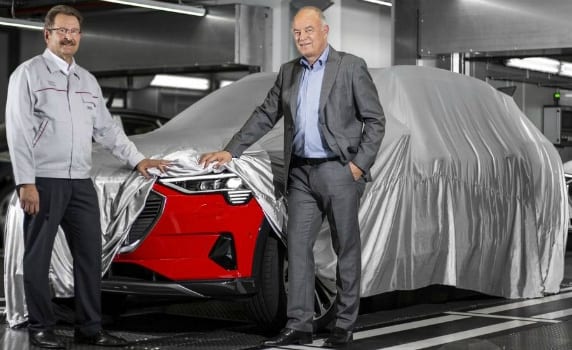 Rumors emerged online that Range Rover is working on sedan version of the Range Rover Velar now dubbed the Road Rover. It is speculated that the car which will share the same aluminum platform as the Jaguar XJ would be a pure electric model with a range of 480km / 300 miles as early as 2019. The images below is an artist impression by Brazilian Kleber Silva of the vehicle might look.

It was a busy week for Tesla excluding the usual magnifying glass on Elon Musk and the company’s share price. Tesla showcased a design prototype in white of Tesla Roadster Gen 2 at the Grand Basel Expo in Switzerland. Tesla also released four new press images of the Roadster on its website, I used one as the cover for this weeks newsletter.

On the negative end of the scale a survey by Brtish auto site What Car said that the company ended dead last its 2018 Reliability Survey. The results are based on just 28 Model S owners feedback which makes the study meaningless. A more reliable and represented Consumer Report survey in the USA placed Tesla on the top for customer satisfaction every year since 2013. There could be some take away from the What Car survey when compared to the USA based survey. Tesla recently also received negative press in its key Norwegian market so it seems that Tesla might struggle to provide the same consumer experience in international markets compared to the USA.

A lot of press also tried to play the deluge of new EVs as being the company’s death knell, I disagree. Firstly Tesla is still years ahead in terms of battery technology and production capacity. Secondly, these new EVs are not on the market yet while Tesla now has lots of experience under its belt, experience that other manufacturers still have to gain. So, it might be that Tesla know has some issues to wrinkled out but other manufacturers must still go through the process at which time Tesla would have all aspects of selling and providing maintenance buttoned down. And don’t forget the vast Tesla charging infrastructure, Ionity will have 400 stations in 2020, the same amount Tesla had in 2015.

USA EV sales recorded its consecutive record month on the back of Tesla Model 3 sales. Again the Model 3 made its presence felt, now outselling all BMW passenger models put together. Tesla also took the top 3 spots in the monthly EV sales contributing 64% of all electric cars sold in August 2018.

Chinese EV sales data are out in the coming week but last months leader BYD already reported another record month in August selling over 20,000 units.

The sales in these three countries contributed to EV sales breaching the 4 million milestone in August 2018. In total over 1 million units were sold so far in Europe, nearly 1 million in the USA and around 1.7 million in China.

Now you can sleep a bit longer before work. Volvo sees the future of flight… on the road.

“The business will change in the coming years and Volvo should lead that change of our industry,” said Håkan Samuelsson, president and CEO of Volvo Cars. “Autonomous drive will allow us to take the big next step in safety but also open up exciting new business models and allow consumers to spend time in the car doing what they want to do.”

The 360c represents a potentially lucrative competitor to short-haul air travel, a multi-billion dollar industry comprising airlines, aircraft makers and other service providers. Especially shorter routes where the distance between origin and destination is around 300 kilometers are prime candidates for disruption by an alternative mode of travel. 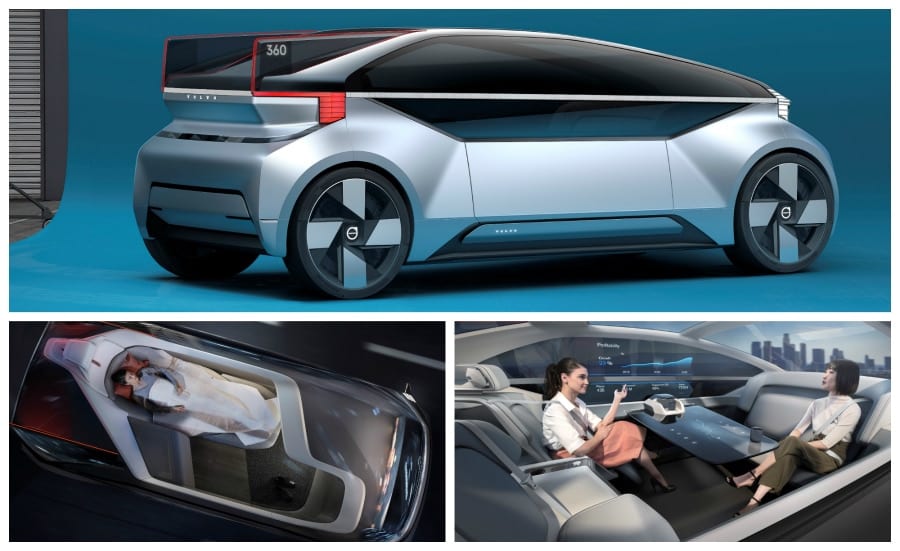