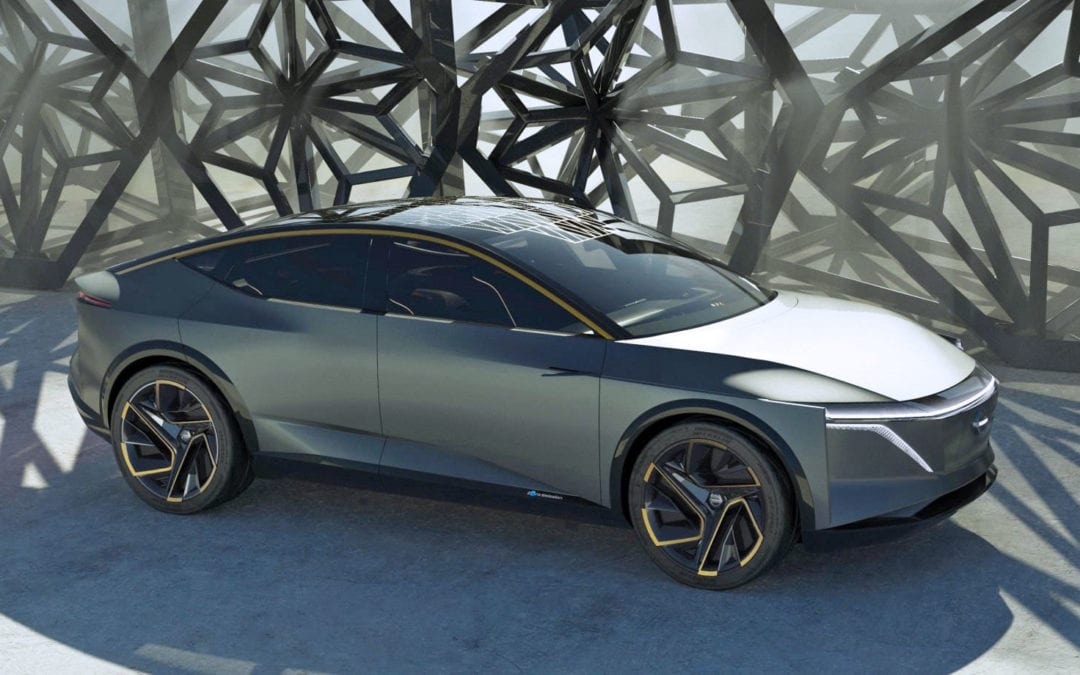 Forecasting EV sales are becoming a rather difficult task as EV sales reach new records on a monthly basis. Predictions for EV sales are continuously adjusted upwards while the time between each new million cars sold milestone decreases rapidly. The five million electric car sales milestone is expected to be reached in January 2019, which is only four short months after reaching the four million EVs sold threshold in September 2018. In September 2018 industry commentators forecasted that the five million milestones will be reached in six months or March 2019, now it seems the target will be reached two months early. It took nearly five years before one million EVs were sold in late 2014 and seventeen months to reach 2 million EVs sold in June 2017. Ten months later, in March 2018, EV uptake reached three million vehicles.

How quickly will we get to six million electric cars sold? My guess is that it will be before the second half of 2019 which will put the seven and half million cars milestone reachable by the end of the decade, which is unfortunately far short of the Paris 2015 country commitments of 12.5 million.

Geely became the first Chinese automaker to develop a mass market for the global market. The Geely GE11 pure electric sedan is expected to be released in the first quarter of 2020. Judging from the visible radar on the front of the car it is assumed it will be equipped with high-level advanced driving assistance or Level 2 to 3 autonomous driving capabilities. The Geely GE11 is equipped with a battery pack from CATL and an electric motor with a maximum power of 130kW (175hp) helping it to achieve a top speed of 150km/h (94 miles).

BMW held the world premiere of the new BMW 7-series in China, its key market contributing 40% of the luxury saloon sales. The 2019 7-series follows the BMW 740Le xDrive iPerformance was first released in the USA in August 2016. The 2019 BMW 7 series plug-in hybrid EV variants are available in three models, the 745e, the740Le, and 745Le xDrive iPerformance. The BMW 745 PHEV variants are equipped with specially adapted six-cylinder in-line petrol engines and upgraded 12kWh high-voltage batteries with an improved range of between 50km and 58km (31miles to 36 miles). BMW did not indicate on which test cycle so I assume its NEDC equivalent and not real world ranges which I expect is closer to 20 miles. The system output of the BMW 7 series plug-in hybrid variants produces 290kW / 394hp in ‘SPORT’ mode. For full specs and pictures of all three variants go here.

Nissan defines the new segment based on the IMs being a pure electric vehicle with the 115kWh battery located under the body, elevating cabin height. The large battery delivers a 380-mile range (608km) and energizes a 360kW electric motor delivering 800N.m of torque.

The IMs has an extended wheelbase allowing for a stretched interior space, which features a unique “2+1+2” seating configuration with pivoting front seats and a rear seat which can accommodate three people or by folding the slim rear outboard seats creating a spacious “Premier Seat” for two in the center. Nissan claims the IMs is an advanced study based on ready to launch technology. Go to the Nissan IMs specs here.

We have seen the digital images of the Infiniti crossover which previews its first EV expected in 2021, this week Infiniti unveiled that concept, the midsize Infiniti QX Inspiration SUV.  The Infiniti QX is based on an all-new e-AWD platform with a battery pack below the floor of the vehicle which energizes two electric motors, one on each axle.

Hyundai announced the release of the second generation Hyundai Ioniq plug-in hybrid in the second half of 2019. From the press release, it seems that changes are related to connectivity and advanced driving as it did not indicate any changes to the electric performance of the 2019 Hyundai Ioniq. According to Hyundai, the new Ioniq PHEV will get a design refresh and feature advanced Bluelink telematics services, the SmartSense active safety, and driving assistance systems, Adjustable Regenerative Braking and state-of-the-art infotainment delivered as standard across all trims.

Hyundai said that an enhanced IONIQ Electric to follow soon after, probably in early 2020.

Although it is not officially stated as such it is my opinion that the fast pace of electrification which caught many traditional automakers by surprise has caused the formation of a new alliance, this time between Ford and Volkswagen. It seems the two companies which have been in talks for six months on how to work together to develop self-driving, electric technologies, and cut cost could only agree to an alliance extending to commercial vehicles. The two companies postponed their planned joint NAIAS appearance in Detroit due to a lack of details. VW and Ford will work together in the following manner to leverage their strengths to compete better, innovate and serve customers:

Earlier the week Volkswagen announced that it would invest €700 million ($800 million) in its Chattanooga plant in the USA preparing it to assemble the automaker’s electric cars based on the MEB platform. The first EV to roll off the Chattanooga assembly line will be the ID  Crozz in 2022. The Chattanooga plant is one eight MEB enabled plants which will be in operation by 2022 over three continents, namely Europe, Asia, and North America. The European plants are in Emden, Hanover, Dresden and Mlada Boleslav in the Czech Republic while the Asian plants situated in Anting and Foshan. The German automaker targets the global production of one million electric cars per annum by 2025. VW will still produce combustion versions of the Atlas and Passat at the Chattanooga plant.

The formation of the alliance will make the development of an electric Ford F150 a reality, in fact during the Deutsche Bank Global Automotive Conference in the MGM Grand in Detroit, Ford’s president of global markets, Jim Farley announced that the 40-year-old F-Series would be available in battery electric and plug-in hybrid versions. The announcement is just further proof that traditional automakers are scrambling to protect their cash cows, the Ford F-150 has been the best selling pickup truck in the United States for many years, but with the imminent arrival of Rivian’s amazing R1T electric pickup and the Tesla Model P, the future is not that certain anymore. GM’s CEO Mary Barra also commented this week that the company is looking at an electric pick-up as the company shifts from hybrid to pure electric platforms.

This week saw huge shifts at Tesla as the focus now change to be competitive and viable when big auto enters its market in 2020. The three major shifts which occurred at Tesla this week were the scraping of its referral program, the increase of pricing at the Supercharger network and the announcement that the company will cut its workforce by 7%, or 3,000 people. The changes are made as Elon Musk streamlines the automaker to ensure profitability and longevity.

Shares for Tesla (NQSA:TSLA) closed down around 13% for the week at $302.26. Elon Musk wrote in an email to staff on January the 18th that the company will cut 3,000 jobs to ensure that it could deliver a profitable $35,000 Model 3. Hidden in text Elon also eluded that the Q4 profits will be less than that in Q3. The positive note is that there will still be a profit. Tesla has $920 million of convertible bonds maturing on the 1st of March and with a conversion rate which is at $359.87 it seems Tesla might have to dive into its cash pile which is needed for production. With the current negative financial market sentiment refinancing could be a challenge and expensive.

In another cost-cutting effort, Elon Musk informed followers via a tweet that the innovative referral program which started in 2015 is to come to an end earlier than planned, on the 1st of February. Based on reports that Tesla has to give away 80 Tesla Roadster it seems that clients and sales teams started gaming the program.

Finally, Tesla announced large increases in its Supercharger rates to fund the expansion of routes and to adjust to differences in local electricity cost.