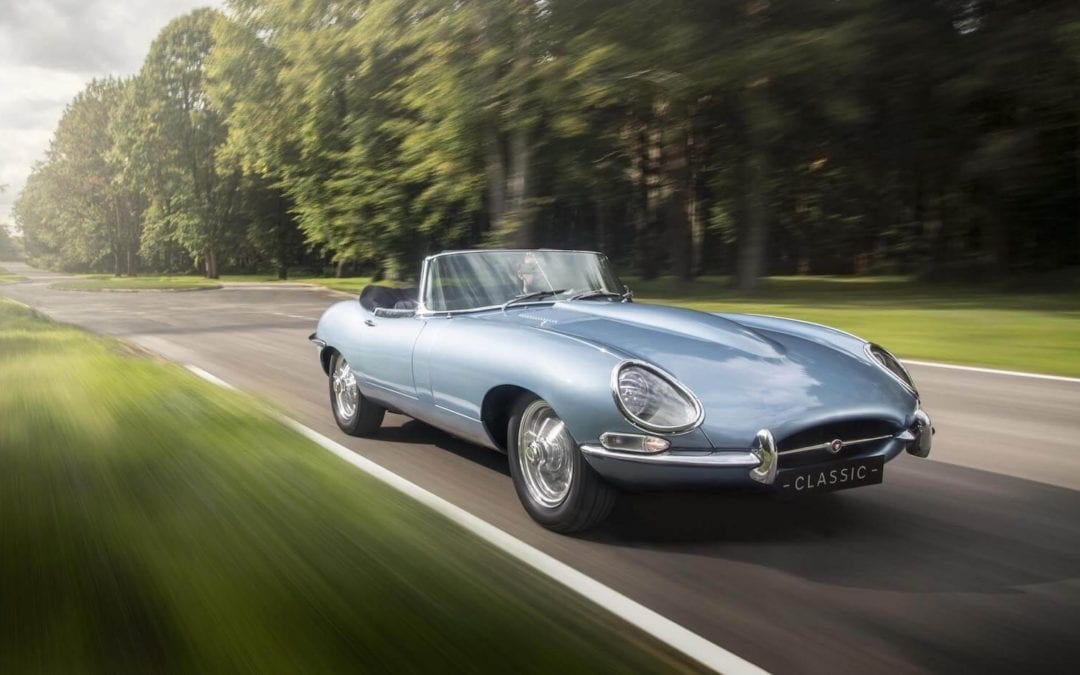 Never say we don’t cater for female readers :=) The Royal wedding of Prince Harry and Meghan Markle ended with the couple leaving Windsor Castle in a silver-blue electric Jaguar E-Type Concept Zero. Jaguar developed the £350,000 Jaguar E-Type as part of a programme called Concept Zero where the company developed electric powertrain conversions that preserve the looks, handling and performance characteristics of the original vehicles which can be applied to. The conversion kits are fully-reversible and can be applied to any XK engine powered classic Jaguar built between 1948 and 1992. The Jaguar used at the wedding had a personalized number plate E190518 displaying the date of the wedding. The Jaguar E-Type Concept Zero has a top speed of 100mph, a 0-60mph acceleration of 5.5 seconds from a 220kw battery and motor, with a reduction gearbox.

BMW unveiled a teaser image of the BMW iNEXT which is expected in 2021 during its annual AGM held this week. The iNEXT which will be assembled at the Dingolfing plant in Germany and combines all the strategic areas into a production model.

Harald Krüger, Chairman of the Board of Management of BMW AG, said: “The iNEXT project is our building kit for the future. It will benefit the entire company and all our brands. For the first time, we are combining all key technologies for future mobility in one vehicle. The iNEXT is fully electric, fully connected and also offers highly automated driving. Today, we gave our shareholders a very first glimpse of the design of the BMW iNEXT. Later this year, we will be presenting the BMW iNEXT as a Vision Vehicle.”

BMW’s push for mass-market EVs shifts into second gear next year when the company launches an electric Mini, the first model outside the i-series which would include an electric drivetrain. BMW and Great Wall Motors are still in discussions regarding the production of the Mini in China. According to recent reports Mr. Harald Krüger was quoted at the Beijing Auto Show that negotiations are going well.

BMW’s EV related sales reached a milestone in April 2018 as the automaker now has over 250k of its electrified models on the world’s roads. Member of the Board of Management of BMW AG responsible for Sales and Brand BMW, Pieter Nota said “Combined sales of BMW i, BMW iPerformance and MINI Electric vehicles were up 52% in April (9,831), bringing the total number of electrified BMW Group cars sold to over 250,000,” Nota continued. “We are well on track to deliver on our stated target to sell over 140,000 electrified vehicles this year,” he concluded. 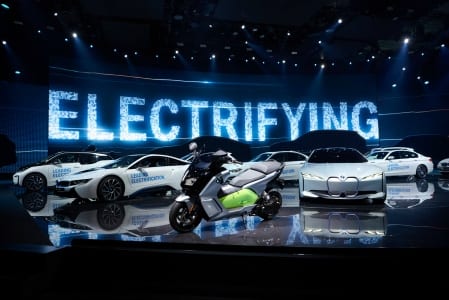 Speculation has been rife around when and where Tesla will establish its next Gigafactory and production facility for EVs outside of the USA. Elon Musk said in a TED interview in 2017 that he expected the company to make announcements by the end of 2017 in this regard, which did not transpire. One of the obvious choices has been China, Tesla’s biggest market outside the USA, with reports saying that Tesla was negotiating with authorities in Shanghai to establish a plant in the free-trade zone. The Chinese government relaxed foreign ownership rules for auto companies, giving companies that only produce new energy vehicles the authority to establish 100% self-owned companies as early as this year. Other auto manufacturers will have to wait till 2022 to establish ventures without ceding 50% to a local partner. Reuters reported this week that it picked up from the National Enterprise Credit Information Publicity System in China that Tesla registered Tesla (Shanghai) Co Ltd on the 10th of May 2018. Tesla did not divulge its plans for the newly registered company.

Tesla announced that it produced 500 Model 3’s a day in the past week, for a total of 3,500 for the week as the company aims to bring production to 5,000 a week and 20,000 a month. Tesla announced over the weekend the specifications for its all-wheel drive and performance versions of the Model 3. The Model 3 AWD  and Model 3 PD did not get capacity upgrades but will be equipped a front AC induction motor which should enable the Model 3 to more efficiently optimize the torque and thereby increase the overall range, while the rear powered by a partial permanent magnet motor. See the specs here. It is expected that once a 20,000 monthly production is maintained that Tesla would start production on the cheaper Model 3 short-range model.

Volvo announced that the new VOLVO S60 launched in Q3 2018 will be the first of its range to be produced without a diesel engine. All new Volvo models launched from 2019 will be available as either a mild petrol hybrid, plug-in petrol hybrid or battery electric vehicle.

Last month, Volvo Cars reinforced its electrification strategy, by stating that it aims for fully electric cars to make up 50 percent of its global sales by 2025. The announcement was made at the 2018 Beijing Auto Show, positioning it as a powerful player in China, the world’s leading market for electrified cars.

The new S60, a premium mid-size sports sedan, is based on Volvo’s in-house developed Scalable Product Architecture (SPA), which also underpins the company’s award-winning new 90 Series and 60 Series cars. The S60’s estate sibling, the V60, was launched earlier this year in Stockholm.

The new S60 will initially be available with a range of four-cylinder Drive-E petrol engines as well as with two petrol plug-in hybrid versions. Mild hybrid versions will follow next year.

Production of the new S60 will start this fall at Volvo Cars’ brand new manufacturing facility outside Charleston, South Carolina. The Charleston plant will be the only manufacturing location for the new S60, meaning American-built S60s will be sold in the US market as well as overseas through exports.

It is rumored that VOLVO’s owner, Geely, hired three investment banks to pursue an IPO for the Swedish car-maker with valuations estimated between $16 billion to $30 billion.

Swedish EV startup unveiled a prototype of its Uniti EV announced in a crowdfunding campaign last year. The company released a video of the Uniti EV with American YouTubers “Now You Know” who also invested in the Uniti. The Uniti is expected by 2019 at a price of €14,900 and available through a €149 pre-order. The Uniti is available as 2 and four seats. The Uniti uses steer by wire technology and a smart heads-up display. See the specs here. 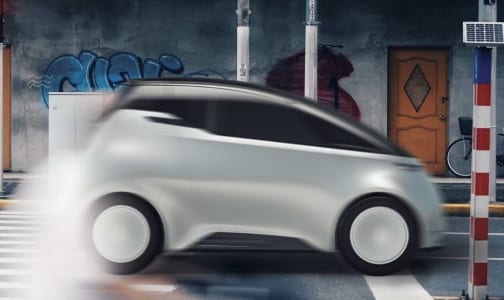