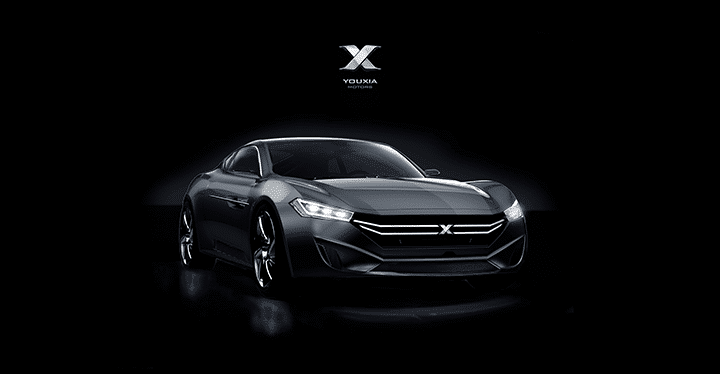 The leader of the clone wars, Shanghai-based Youxia, got a new lease on life this week as the company secured $800 million (¥5 Billion) to develop its clone of the Tesla Model S, the Youxia Ranger X.

Youxia which represent Robin Hood-like nights in Chinese culture evidently aims to take from the rich and give the poor figuratively speaking. The EV start-up aims to launch its Tesla Model S lookalike EV at less than half the price of the original. Youxia was founded in 2014 by IT Entrepreneur Huang Xiuyuan, a self-confessed fan of the 80s show Knight Rider, featuring Michael Knight and his autonomous Pontiac Trans Am named KITT. It is no secret that a Tesla Model S was stripped down by Youxia’s 50 engineers when it developed the Youxia Ranger X. Youxia claimed at the time that it would bring the Ranger X to market in 2017 but went silent late in 2016.

GMs Buick brand announced that it would expand the electrification of its models in China by launching a plug-in hybrid and pure electric Buick Velite 6. The BUICK 6 Velite will be presented on the 17th of April and join the plug-in hybrid Buick Velite 5 on the showroom floors. The Buick Velite 6 is based on the Buick Velite Concept introduced in November 2016 at the Guangzhou Auto Show, pictured on the left below. The Velite 5 will also get a Range Extended model. The Velite 5 is based on the Chevrolet Volt platform and pricing starts at ¥265,000. According to GM press release the Velite 6 will adopt an all-new battery electric vehicle propulsion system which in my language reads Chevrolet Bolt.

Tesla remains in the news this week following last weeks fatal autopilot crash which saw its share price traded as low as $245. A new video emerged this week implicating that the Tesla Model X mistook the right-hand marker of the off-ramp as the left-hand lane marker, crashing into the concrete barrier separating the off-ramp from the highway. Trading conditions for Tesla further worsened as the Chinese Government added electric vehicles to the list of tariffs to be increased in the escalating trade war started by Trump, which saw the Nasdaq opening sharply lower at the start of the week. The stock-market, however, shrugged off the bad news and the stock recovered to trade as high as $305 closing at $299. The market took its cue from Model 3 registrations which it now expects to reach 5,000 units per week by the July 2018. Tesla registered nearly 8,000 Model 3 VINs this week, 4,793 on Thursday the 5th of April and 2,915 on the 6th. Elon Musk also answered a tweet saying that the hi-performance dual-motor Model 3 will be launched once production ramps up to 5,000 models which he sees in July 2018. Tesla has already registered 16 Model 3s with dual-motors sofar.

The French auto manufacturer, PSA Group, moved its EV plans into second gear this week as it created a dedicated business unit dedicated to its EV strategy. The new unit will be managed by Alexandre Guignard who will be responsible for the global roll-out of the PSAs plans to electrify its entire range by 2025 from 2019. The Low Emission Vehicles Business Unit as it is called will also be responsible for PSA meeting its European CO2 emissions levels from 2020.

NIO Capital, another Tencent investment, GLP and Chinese IoT company, G7, announced a joint venture this week to start collaborating on the development of autonomous trucks. The JV will extend to electric drivetrain development, logistics big data and innovative Vehicle-as-a-Service models. GLP will provide an open logistics ecosystem while G7 its real-time data and fleet management capabilities and NIO its automotive experience.

Staying with NIO, China Automotive News reported that although the company expects to sell 30,000 models of NIO ES8 SUV this year, it also expects a loss of ¥5 billion ($800 million) in 2018. Funding for the operating loss is expected to come from an IPO in the USA, valuing the company at $2 billion. NIO recently opened its first of ten User Center named Nio House (pictured below) in Beijing. NIO also opened its service center in Chinese capital right next door to that of Tesla. 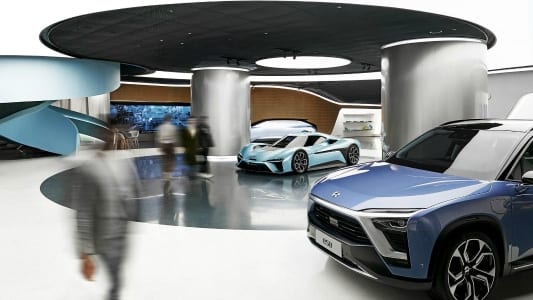