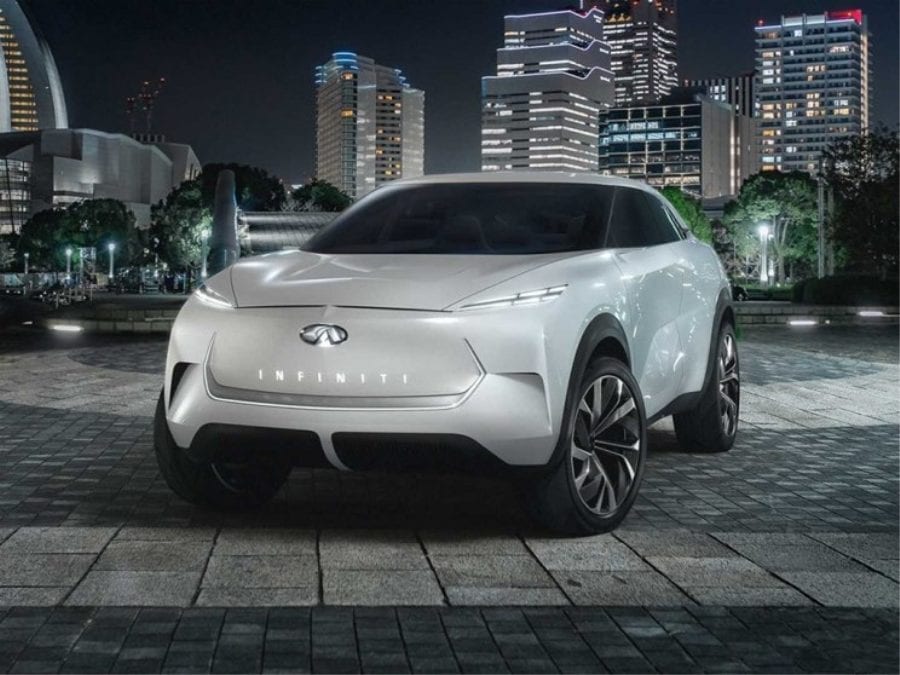 One of the most talked about new EVs expected in China over the last month is the Leapmotor S01 launched on the 3rd of January 2019.  The Leapmotor S01 has a top speed of 140km/h and accelerates to 50km/h in 2.9 seconds and 100km/h in 6.9 seconds with the help of its 170hp electric motor producing 250N.m of torque. The LP S01 can fast charge in 60 minutes or between six and eight hours on level 2 charge.

Leapmotor will launch four trims of the small four-seat coupe. The four trims are divided into two range/battery configurations each with a Standard and Pro version. The Leapmotor S01 EV380 series is equipped with 18650 cell type battery pack and the Leapmotor S01 EV460 with a 21700 cell type battery pack. The S01 Coupe EV is available from as little as $16,000 after incentives.

The Leapmotor S01 is equipped with the “Leap In” and “Leap Pilot” onboard assistant and advanced driving assist system. The Leap Pilot is an SAE Level 2.5 autonomous drive system which can be upgraded to Level 3 via an OTA over the air system. As seen from the images below the S01 Coupe identifies occupants through biometrics, allowing access to the car and to interact with the driver.

The founder of LeapMotor, Zhu Mingjiang, announced during the launch event of the S01 EV Coupe that the next car to come out of the Leapmotor stable will be an AO class city car in 2019 developed on the Chines automakers T platform followed by a second EV on the S platform in 2020 and an SUV developed on the C platform in 2021. Leapmotor shares 70% of its parts across the three platforms. Currently, the S01 is assembled by Changjiang Automobile, but the company will start production later in Q3 at its newly constructed advanced manufacturing base in Jinhua, Zhejiang Province. Leapmotor is developing its own AI chip in conjunction with Dahau. The AI chip “Lingxin 01” will be tested in the second quarter of 2019 and when produced will be the first intelligent driving chip independently developed by the Chinese according to the company. Leapmotor will also unveil a concept EV at the Shanghai Auto Show on 18 April 2019.

The top three EV brands in China all launched updated versions of their popular models.

SAIC Roewe launched the second generation Ei5 pure electric station wagon on the 2nd of January. Since it’s launch in March 2019 the Roewe Ei5 sold nearly 23,000 units, making it the 13th highest selling car in China for the year to date in November and the second best selling SAIC EV. The 2019 SAIC Roewe Ei5 is available in four trims and range in price from ¥128,800 to ¥158,800 after subsidy ($19,000 to $23,000). The SAIC Roewe Ei5 is equipped with the company’s Roewe OS 2.0 connected car system and Advanced Driving Assitance System for the top of the line model which include CCS (cruise control), LDW (lane departure assist), AEB (automatic emergency brake), FCW (front collision early warning system), and SAS (speed assist system).

BAIC opened its books or pre-orders of the BAIC EX5 EV SUV on the 1st of January and will list the vehicle on the 27th of the month. The BAIC EX5 has a cruising range of 520km (325 miles) when driven at a constant speed of 60km/h and is equipped with a 160kW electric motor. The BAIC EX5 includes BAICs eMotion Drive 3.0 intelligent control system which manages batteries, motors and monitors traffic for safety.

BYD released more information the pure electric version of its best selling Tang PHEV SUV. Following in the tracks of the plug-in hybrid version of the Tang SUV the pure electric version will also be available in a five and seven-seat configuration priced between ¥260,000 and ¥360,000 before subsidies ($38,000 to $52,500). The second generation of the BYD Tang PHEV has been the top-selling EV in China for the months of August and September 2018. The five-seat BYD Tang EV600 has an NEDC cycle rating of 500km (313miles) and a cruising range of 600km (375miles) while the seven-seat BYD Tang EV600 an NEDC range of 520km (325miles) and a cruising range of 620km (388miles). The BYD Tang EV600’s battery pack consist of NCM622 cells and boasts an energy density of 161Wh/kg. For propulsion, BYD equipped the Tang EV600 with the same AWD system of the PHEV model which consist of two 180kW motors front and rear which produces 330N.m of torque each.

BYD also released more information on its compact SUV, the pure electric Yuan EV535 which indicates a cruising range of 525km (335miles). The BYD Yuan EV535 will replace the Yuan EV360 which sold over 28,000 units since its launch in June 2018. The Yuan EV535 has the same appearance and 70kW electric motor as the BYD Yuan EV360.

Spy images of the Dorcen G60E SUV emerged this week. The Dorcen G60E follows on the Dorcen E20 A0 class EV revealed last week and is based on the combustion version the G60S. It is expected that Dorcen will launch the G60E SUV in the third quarter of 2019. Official data from the Ministry of Industry and Information Technology shows the G60E is equipped with an electric motor with a maximum power of 85kW delivering a top speed of 140km/h and an NMC battery pack produced by Guoxuan Hi-Tech.

Nissan Infiniti, Volvo Polestar and the Mahindra owned Pininfarina all kicked off the marketing campaign for the reveals of their EVs this year.

Pininfarina teased the nose of its hypercar which is to be unveiled at the Geneva Auto Show from 7 March to 17 March 2019 and delivered to customers in 2020. The hypercar, previously only know as the PFO is now named after the founder of the company Battista Farina. The pure electric Pininfarina Battista will be equipped with a drivetrain supplied by Rimac which produces maximum power of 2,000 horsepower and a range of 500km (313 miles). The Battista accelerates to 60 miles in less than 2 seconds and can accelerate from standstill to 300km/h in 12 seconds.

Official sources of SAIC-owned MG announced that the former iconic brand from the UK is to launch a number of EVs this year that will be available in international markets serviced by the brand. Most of the new models are electrified versions of combustion models, such as the MG eHS plug-in hybrid crossover and MG eZS battery-electric. The eHS PHEV will be listed in te first half of 2019 followed by the eZS.

SAIC’s commercial brand Maxus is to launch the EV30 pure electric delivery van on the 14th of January 2019. The Maxus EV30 is developed on a new platform designed around an all-aluminum body compensating for the weight of the battery pack. The Maxus EV30 will be available in various battery configurations and have a maximum range in excess of 300km (188miles).

The Indian Nano-tech start-up, Log-9 Materials, based in Bengaluru and founded by Akshay Singhal showcased its metal-air battery fitted in a Mahindra e20 show-car named Ranger at the India UK Future Tech held in New Delhi in December 2018. Log-9 is experimenting with Graphene Nanotechnology to develop long-range battery packs. Through the use of Graphene with an energy density tenfold of current battery chemistries Log9 aims to develop batteries for EVs with a range exceeding 1,000km (620 miles). Coupled with a Metal-Air battery which uses aluminum and water to generate energy the battery pack can charge itself rather than being charged, similar to fuel cell vehicles. Log9 is working on reducing the size of the bulky prototype Metal-Air battery which fills the back seat of the Ranger. Akshay Singhal told the online publication, Hindu Business Line this week, “The user can fill water after every 200 km instead of charging the battery and the water and aluminum metal will regenerate the lithium-ion battery of the car for another 200 km,” he explains. However, after 1,000 km, the user has to change the metal (aluminum) which costs around ₹4,500.”

According to Akshay Log-9 received a second pre-series A funding injection of ₹3 crore topping up an initial Pre Series-A funding received from GEMS Advisory in 2017. The latest funding came from Metaform Ventures, Hemant Luthra, Chairman, Mahindra CIE, GEMS, and other angel investors.

As we approach the next decade and the next phase in the evolution of the electric car we see government incentives for EVs running out. In the USA Tesla is the first company to reach its tax grant threshold triggering a phase-out of the $7,500 incentive towards the purchase of any Tesla model. According to the phase-out schedule, Tesla customers are now only eligible for a $3,750 credit to June 2019. Incidentally, GM became the second company this week to reach the 200,000 cars sold threshold, triggering its phase-out from April 2019.

To assist new customers, Tesla announced this week that it would slash prices for all its models with $2,000 triggering a sell-off in its shares whereby the price dropped 7% from $332 to $307 shortly after the company made the announced and released its production and delivery data for Q4 2018. According to the data, Tesla showed a 15% increase in production of the Model 3s over Q3 and delivered a record  90,700 vehicles in total, an 8% increase on Q3. The deliveries were 63,150 Model 3s, 13,500 Model Ss and 14,050 Model Xs. The total data delivery data for Tesla in 2018 stand at 245,240 units, consisting of 145,846 Model 3s and 99,394 Model S/Model Xs. It seems the market where roiled by the weekly production data of “only” 4,700 Model 3s per week. The share price regained lost ground since as Tesla announced that it received orders for 14,000 Model 3s in the first couple of days since opening its order books in Europe and in China, where it is to break ground on Gigafactory 3 in the coming week.

It has been two years since the disastrous unveiling of the FF91 at the CES in Las Vegas and the Faraday Future soap opera is continuing. In the latest round of drama by FF’s founder, Jia Yueting entered into a spat with its most recent white night investor Evergrande Health Industry Group which saw the parties facing each other off in the Hong Kong courts. Fortunately, FF and Evergrande reconciled this week allowing the production process of the FF91 to continue…., until the next episode in the FF soap opera. According to the settlement FF and Evergrande entered into a restructuring agreement whereby Jia Yueting can buy back 32% of the company’s shares over the next five years. FF also issued a statement saying that according to the agreement signed by both parties, Furthermore, FF’s asset preservation pledge and equity financing rights will be released, which can be used for the company’s future debt and equity financing. At the same time, the statement said that the FF’s A round financing before the investment was valued at 2.45 billion US dollars while the post-investment valuation was adjusted to 3.25 billion US dollars.