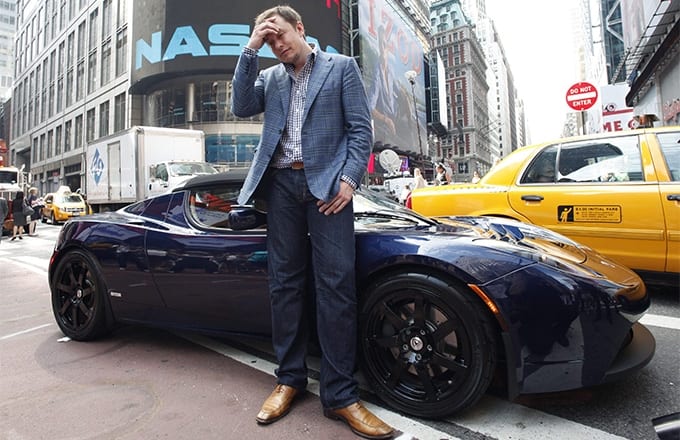 Tencent acquires a significant stake in Tesla. The large Chinese Internet company, with holdings in various electric vehicle companies, have acquired a significant stake in Tesla. The acquisition was made by accumulating stock over time. Tesla (TSLA) shares traded higher by around 2.2% at $276.25 in after-hour trades, bringing it closer again to the $280 all-time high resistance level.

Tencent is owned by the world’s 46th richest person, Ma Huateng of China, also know as Pony Ma. Tencent, which applications include the popular WeChat app, similar to WhatsApp, aims to leverage its tech experience in a world where connectivity and the Internet of Vehicles will drive the auto industry. The development of electric vehicle technology provides a perfect platform for tech and vehicles to meet. To this end, Tencent created a company Future Mobility and targeted an autonomous vehicle by 2020. Tencent is also a shareholder in NextEV. NextEV’s NIO brand unveiled its autonomous vision a couple of weeks back at an event in Austin Texas.

Interestingly enough, the result is that a South African company, Naspers, is now an indirect shareholder in Tesla, a company founded by native South African, Elon Musk. Naspers currently holds around a 34% shareholding in Tencent; the company made its investment in Tencent when it was a little-known start-up in 2001. At the time Naspers invested $34m for 46.5% in Tencent.

Read our related post on how disruption is drawing the world’s richest to the auto sector.