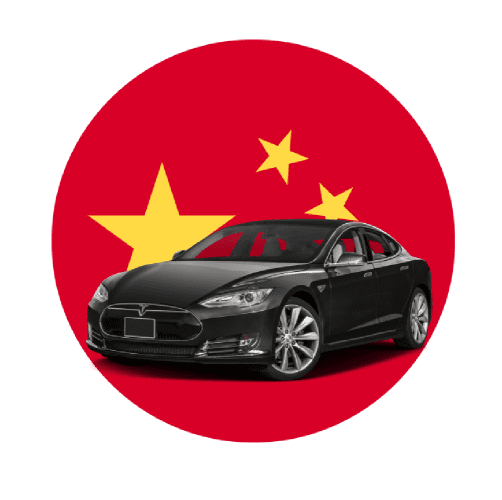 China, which accounts for nearly 40% of the global EV market, has always been one of the Tesla’s (TSLA) target markets. Tesla entered the Chinese market in 2014, early in its global expansion phase. The strategy has paid dividends and China currently is US automaker’s biggest market outside of the USA. To date, Tesla has sold around 250,000 of the Model S and Model X worldwide of which over 10% was sold in China. Tesla now accounts for nearly 3% of all EVs on Chinese roads, by far the most of any foreign-owned automaker in the electric vehicle sector.

The Chinese Government has always been very protective of its auto sector enforcing a strict 50/50 ownership policy on foreigners wanting to manufacture locally. Although Tesla is currently in negotiations to establish vehicle and battery manufacturing in Shanghai’s free trade zone, it will have to continue importing vehicles into China for at least another five years, exposing its operations to import tariffs. With China’s aggressive promotion of electric cars, Tesla will remain on the back foot to competitors with local production as Tesla models carry a 25% import tariff. Up to now, Tesla has been able to double its sales since 2015. Sales for 2017 are on track to double again despite a reduction in EV subsidies announced in January by the Chinese Government. 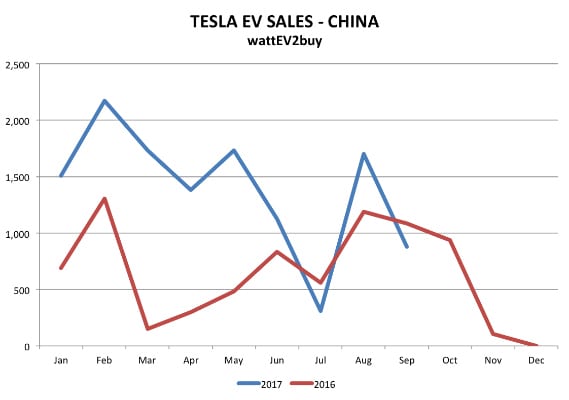 At some point, however, the high-end market will become crowded with local products, which will be at least 25% cheaper than that of Tesla’s imported vehicles. The introduction of the Model 3 will open a new segment for Tesla, but with delays in production, we can only see Tesla distributing the Model 3 in the Chinese market by 2019 at which point many other foreign makers will locally produce EVs. Various foreign auto brands have announced their intentions to produce a range of EVs exclusively for the Chinese market, including Tesla’s major competitors GM and the Nissan PSA Alliance.

Trade agreements announced during President Donald Trump’s recent visit to Beijing will, however, give Tesla’s sales some support. The Chinese Vice Finance Minister, Zhu Guangyao, announced on Friday the 10th of November 2017 that the country will gradually lower tariffs on imported vehicles. Minister Zhu went further announcing that the ownership restrictions on foreign manufacturers will be lifted very soon, allowing foreign auto brands to establish 100% owned plants in any one of the country’s eleven free trade zones. The minister did not give any timeframe on the easing of import duties though.