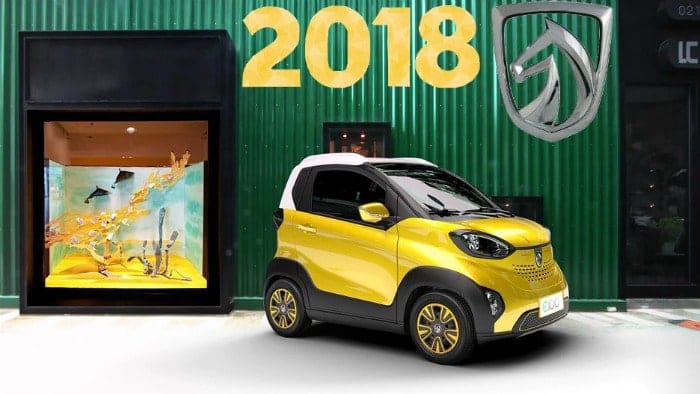 Baojun operates under the “General Motors SAIC-Wuling” joint venture in China. In recent years the company has built up a portfolio of mostly small sedans, multi-purpose vehicles, hatchbacks, and a crossover utility vehicle. But, with the rapid growth of the electric vehicles market in China, the brand recently undertook its first electric car, the Boajun E100.

The Baojun E100, a small two-seater car that boasts a 29-kilowatt (39-horsepower) electric motor. It can reach a top speed of 62 mph with a range 155 kilometers (96 miles) on a single charge, and it takes about 7.5 hours to fully recharge the lithium-ion battery pack. As always, the electric car recaptures energy while driving via its regenerative braking system.

The car is designed as a two-seater avant-garde with a simple dashboard. The 7-inch LCD information system has 4G/LTE, and WIFI capabilities and the E100 is equipped with parking sensors. The steering wheel has a two-color design, which is consistent with the rest of the interior of the car. There is no transmission shift lever, but instead, there is a knob-type mechanism. The E100 is also equipped with an electronic handbrake and keyless start.

What Makes the Baojun E100 different?

If you started searching for an electric car in June of 2017, Baojun would not have even made it onto your wish list, because it simply didn’t exist. But somehow the Baojun E100 was the 3rd highest selling EV in China for December of 2017. You may be wondering how Baojun managed to pull off this amazing feat. Well, the company started off by producing 200 initial units as “test versions” early in 2017, but they only sold their first batch of EVs in August 2017. Baojun sold 674 units in August followed by 1,562 in September, 1,715 in October, 1,915 in November and 5,545 in December for a total of 11,420 EVs in barely five months. The E100 finished 2017 as the 17th most sold EV in China, beating competitors such as the Haima EV160, Zotye Cloud, and Changan Benni Mini. To give you some perspective on how rapidly Baojun has entered the market: if they had started selling the E100 in January of 2017 at the rate which it is selling now, it would have beaten the Chery eQ to the second spot on the list. If one should make a forecast based on sales price the Baojun E100 could be in contention with the BAIC EC180 for the first spot to claim the Chinese “EV Crown.”

What is next for Baojun? 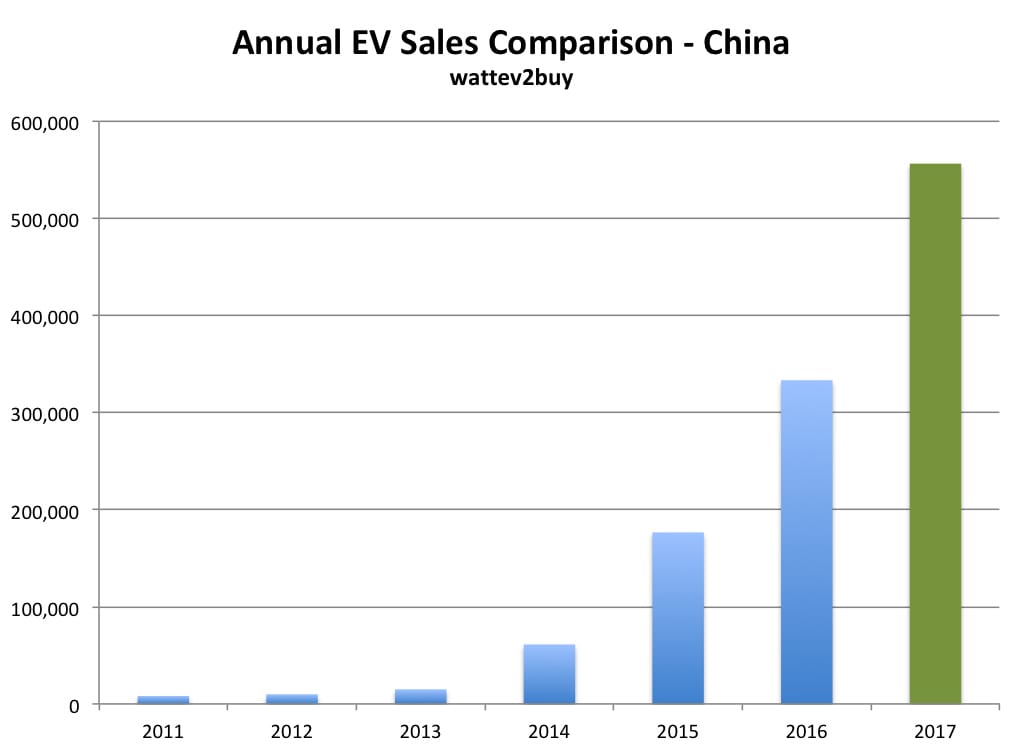 In the chart above there is a clear upward trend in the Chinese EV market, with the total number of EVs sold nearly tripling over the past three years. Although these increases can mainly be attributed to government incentives and an increased awareness of CO2 levels in China, one cannot deny the fact that Chinese citizens are moving away from traditional combustion engines and embracing the EV revolution. Baojun is perfectly positioned to become a market leader in the Chinese electric vehicle industry because it provides a reasonably cheap alternative for the rising Chinese middle class.

To sum it up in simple economic terms, China’s rapidly growing middle class is developing a massive demand for EVs, and there are a lot of companies looking to supply EVs to these consumers. The table above compares the price of small EVs in China, and unsurprisingly, the Baojun is cheapest EV on the market at the moment. This explains the EVs huge boost in popularity in December.

Taking all of this into consideration it seems that Baojun is positioned very well to build on their successes of 2017 and have the potential to reign supreme in 2018. 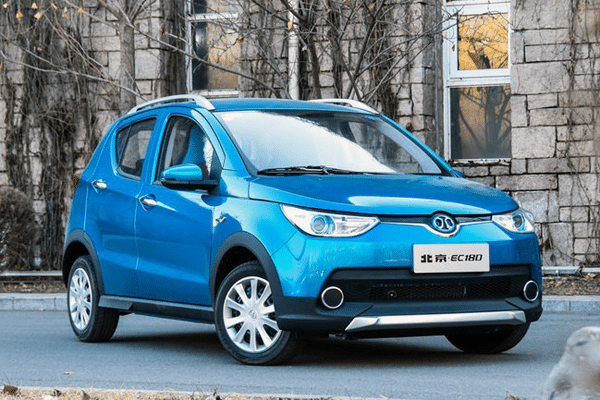 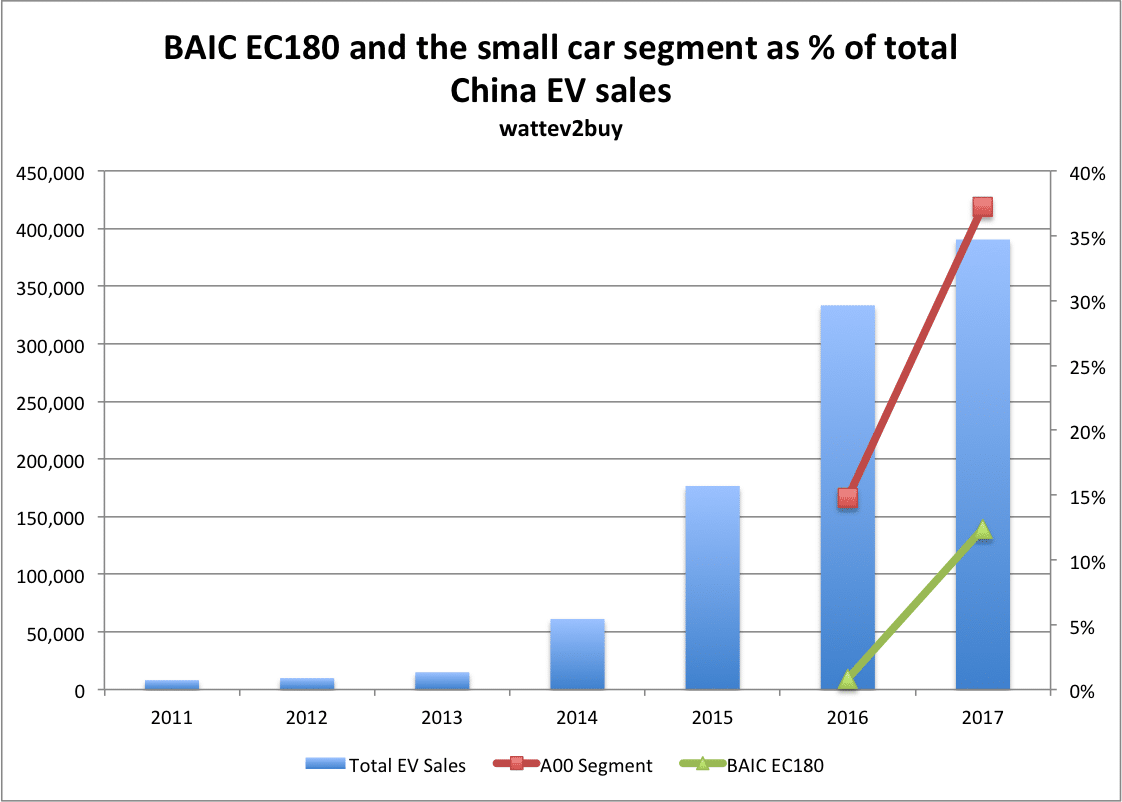 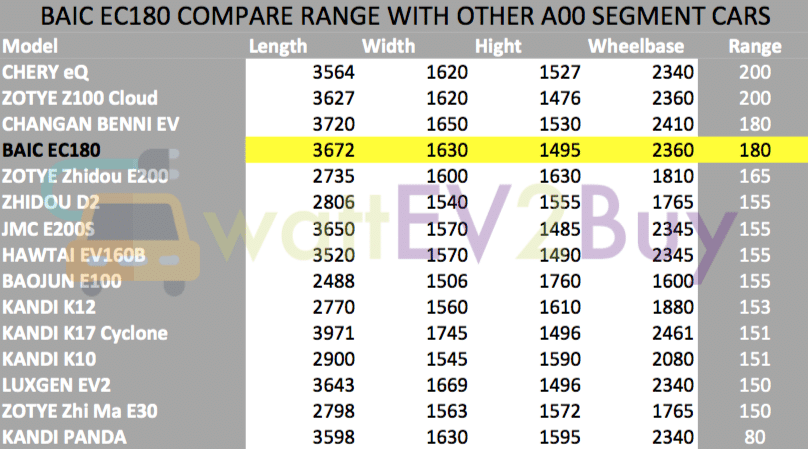