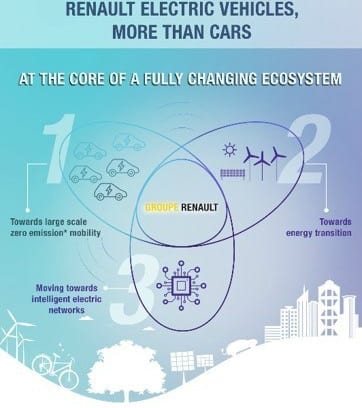 The nature of electric vehicles is much closer related to its energy source than that of combustion vehicles. Historically auto companies, as a rule, stayed out of the production of their fuel source. Since the introduction of the Power Wall and acquisition of Solar City analysts refer to Tesla as an energy company, rather than an automotive company. Now Renault wants to mimic Tesla‘s business model through the creation of a new subsidiary, Renault Energy Services, which is to specialize in energy, smart grids, and electric mobility.

Renault sees the energy and smart grid sectors as fundamental to the expansion of electromobility. The new subsidiary will focus primarily on the development of smart charging, V2G (vehicle to grid) interaction and second-life batteries by collaborating with the 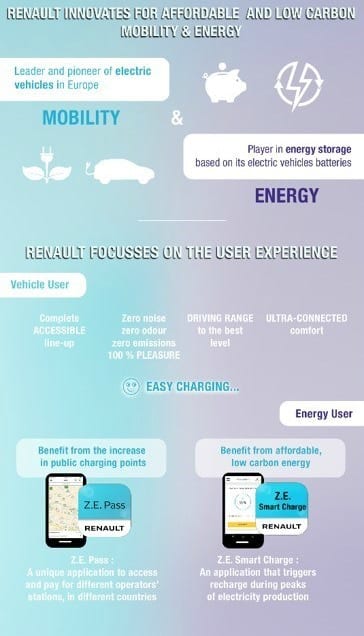 Gilles Normand, SVP, of Electric Vehicles at Renault said – “The creation of Renault Energy Services marks an important step forward. Investing in smart grids is key to both reinforcing the lead we enjoy in the European electric vehicle market and accelerating the EV industry’s scale-up.”

Renault sees the benefit flowing to its EV customers as Renault electric vehicles connected to smart grids will be able to pay less electricity through optimized charging.

Although it’s not a new phenomenon for auto companies to invest in energy networks for charging, the commitments were more a necessity enforced by regulation and customers than a profitable venture. Renaults move to focus on smart grids through a subsidiary would be one of the first to focus on new business profits from energy. It will by no means be the last where we see auto companies and energy providers play in the same sandbox.

The EV snowball is getting bigger by the day.