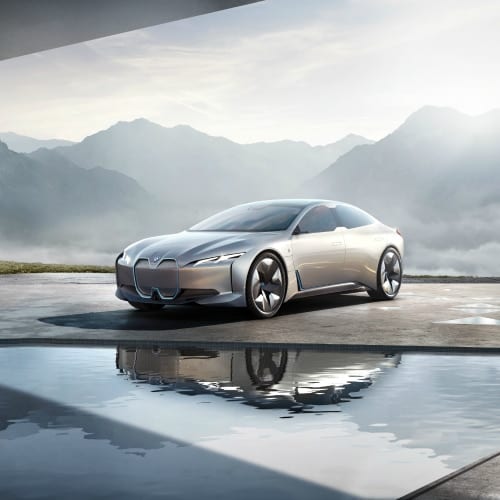 BMW announced the world premiere of a new electric vehicle during the upcoming Los Angeles Auto Show. The German automaker committed to bringing 12 pure electric vehicles and 13 PHEV to market by 2025. The press conference for the unveiling will be on the 29th of November at 8:50 AM. The company gave no further information on the new vehicle. BMW will also unveil the BMW i-Vision Dynamics Concept, the Mini Concept and the new BMW i3S to the US market.

The BMW i-Vision is a pure-electric four-door Gran Coupe with a range of 373 miles and a top speed of 120 mph. The Mini Electric Concept which would pave the way for the production model expected by 2019. The BMW i3S, a sportier interpretation of the BMW i3 would be available in the US market after the launch in November. Although there is talk of a bigger 120Ah battery for longer range the BMW i3S launched in November 2017 will still have the 94Ah battery of the current BMW i3 but more power through its 184hp electric motor delivering 199lb-ft of torque. The greater power of the BMW i3S will see it accelerate from 0 – 60mph in 6.8 seconds with a top speed of 100mph.

Last week Lamborghini of the VW Group teased a picture of its exciting vision vehicle prior to its launch on the 7th of November. The Lamborghini Terzo Millennio, packed with space age was unveiled with its development partner MIT.

TOP EV NEWS #5 – Autonomous news of the past week

Siemens and the South Coast Air Quality Management District (SCAQMD) are conducting the company’s first e-highway demonstration in the USA on a stretch of road between Long Beach and Los Angeles. According to the company, the cost of the project amounted to $13.4 million.