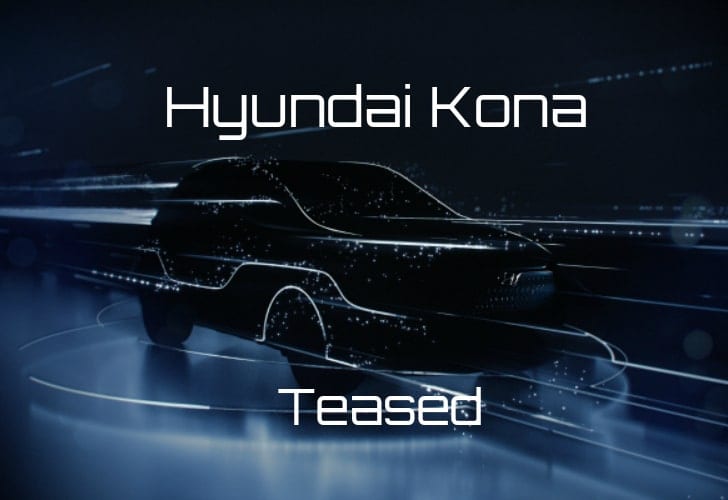 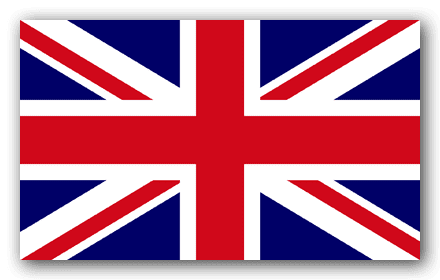 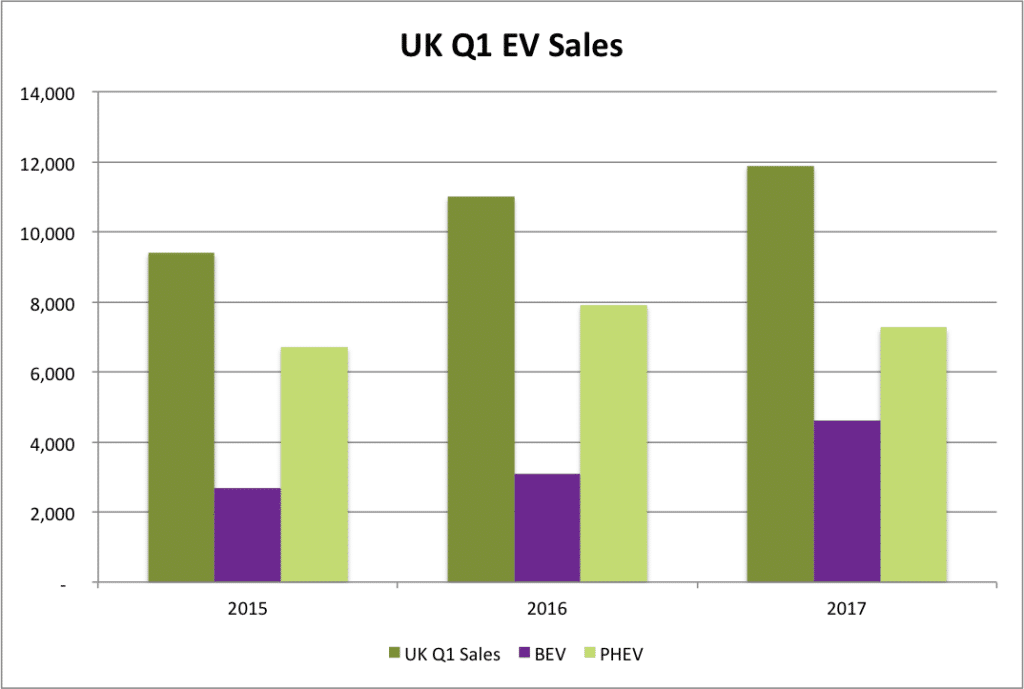 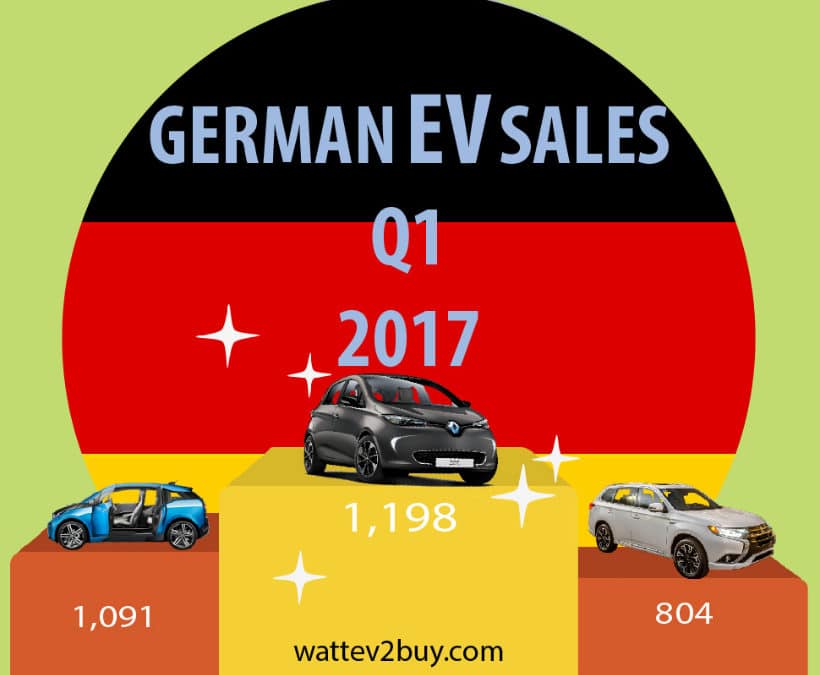 EV sales in Germany nearly doubled to around 10,100 units from a year ago when only 5,700 electric vehicles were sold. Battery Electric Vehicles (BEV) outsold Plug-in Hybrid Electric Vehicles (PHEV) by 10% on the back of strong sales of the new Renault Zoe Z.E. 40. The New Zoe has an NEDC range of 248mi / 400km, which is more likely an EPA (real world) range of 190mi / 300km. 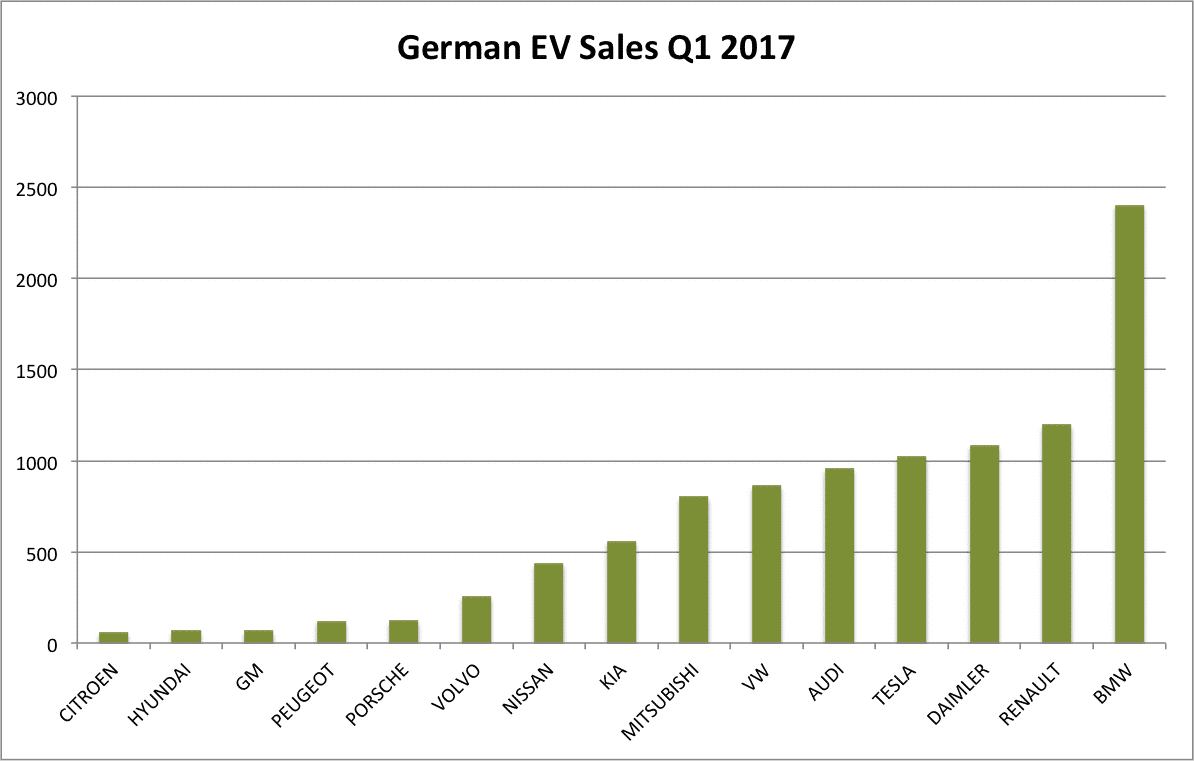 The worst-performing models were the VW Golf GTE, selling over 80% less than a year ago, the VW e-Golf, selling 43% less and the BMW X5 XDrive40e losing 33% of its sales. The Nissan Leaf also underperformed, partly due to the New Renault ZOE and partly due to a new version being expected later the year.

The BMW i3 took the second position with nearly 1100 units sold, of which 62% were the BEV version, an opposite scenario as for the same period last year when 68% of all BMW i3s sold were the range extending version.

New models for the quarter includes the Opel Ampera-e (Chevy Bolt), Hyundai Ioniq Electric, Mini Countryman, BMW 530e, BMW 740e, Tesla Model X, Mercedes-Benz GLC350e and E350e. The best performers from the newcomers were the Tesla Model X, a BEV and Mercedes-Benz GLC350e, a PHEV. The worst performers were the two new BEVs, the Opel Ampera-e and Hyundai Ionic, both selling only 68 units each. The BMW 530e was the worst performing new PHEV, with only 62 units sold.

The worst performing brands were VW, Porsche, and Nissan, which incidentally were the only brands losing market share in this record breaking quarter. Of further significance is that both Porsche and VW are indigenous to Germany. Even including Audi’s sales data to that of VW and Porsche still puts the VW Group at the bottom of the list with a mediocre 2.2% growth year-on-year.

All-in-all the Q1 2017 sales data points to a record-breaking year for the German EV market, which could help it ascend from its 9th position on the list of Global EV sales by country, should UK EV sales flounder. 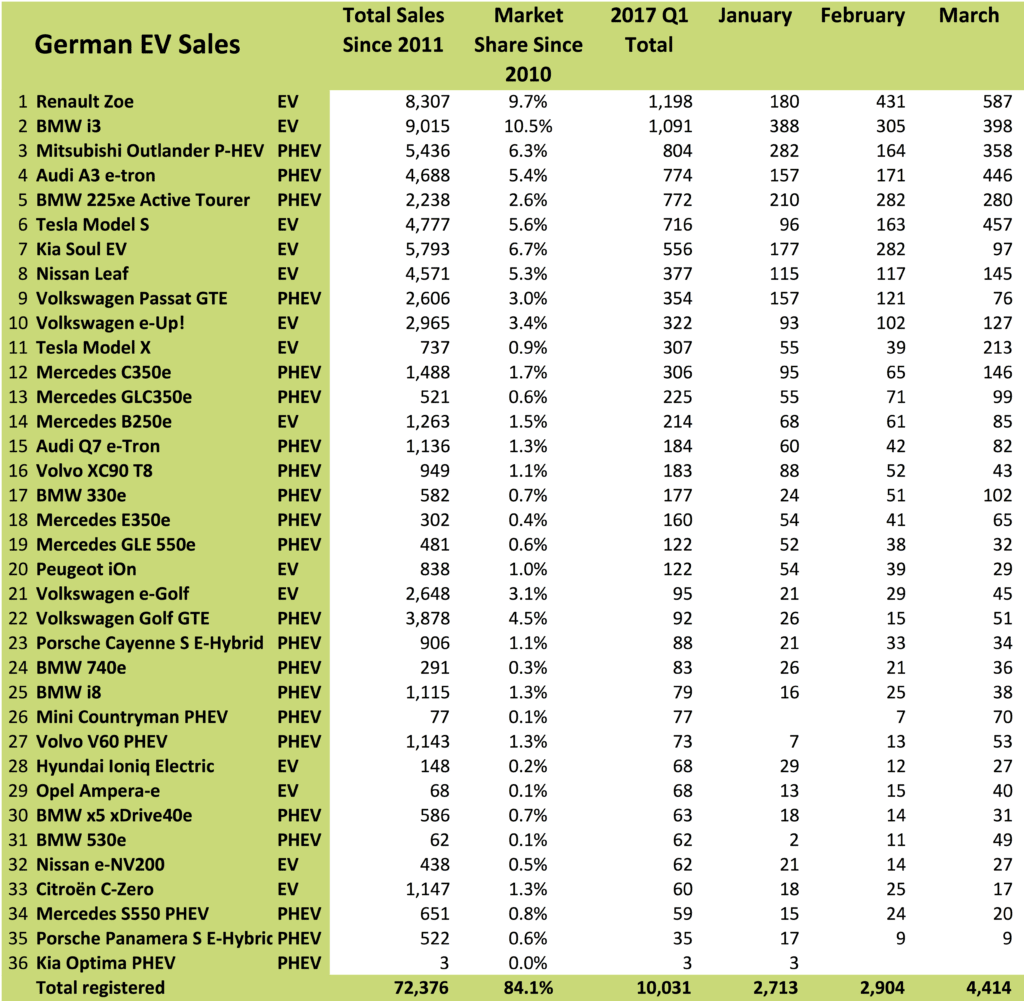