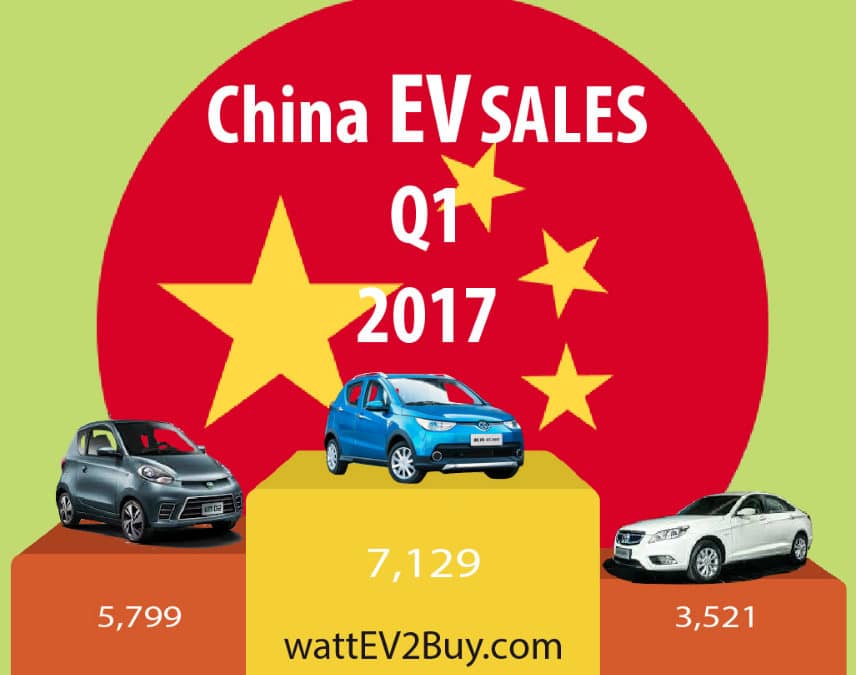 EV sales for 2017 kicked off rather poorly in January with a disappointingly low 7,000 units. The Chinese holiday season and the regulatory clampdown on the abuse of EV subsidies were blamed for the lackluster sales. Fortunately, sales improved as the following months saw a doubling each month on the previous, setting a very promising trend. Battery Electric Vehicles outsold Plug-In Hybrids by nearly five to one as over 44,000 BEV units were sold compared to only 9,000 PHEV models during the period. 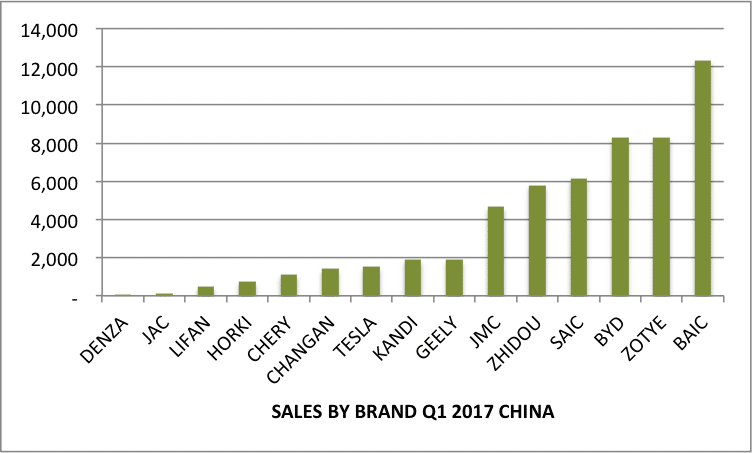 New models were the top sellers, taking three of the top five positions in a country starved for cool looking EVs. Chinese consumers are used to being dished up a mix of inferior cars due to major international brands being forced to partner with local manufacturers. To protect their IP, the global brands produced older variants of their vehicles for the Chinese market. The situation has improved for the Chinese consumer as local producers such as BAIC, SAIC and BYD have started producing improved second generation EV models. The BAIC E180 and BAIC E260, taking the first and third positions for the quarter is a case in point of how the second generation electric vehicles are drawing more buyers to the sector.

2016’s darling, BYD is slipping in the rankings, the company, part-owned by Warren Buffet, which has been the best-selling electric vehicle brand in the world for 2015 and 2016 could only muster two-thirds of BAICs sales. More worrying for BYD is that it had five models in the market compared to BAICs three BEVs. Tesla had a respectable performance with the Model X selling 1,500 units, which is 13% of all Tesla Model X units sold internationally during Q1, accounting for 6% of the company’s total sales for the period.

In total Q1 2017 sales improved 30% on that of the same period in 2016, indicating that 2017 could even be a better year for electric vehicles, despite stricter regulation, proving that electric vehicles are entering the mainstream. 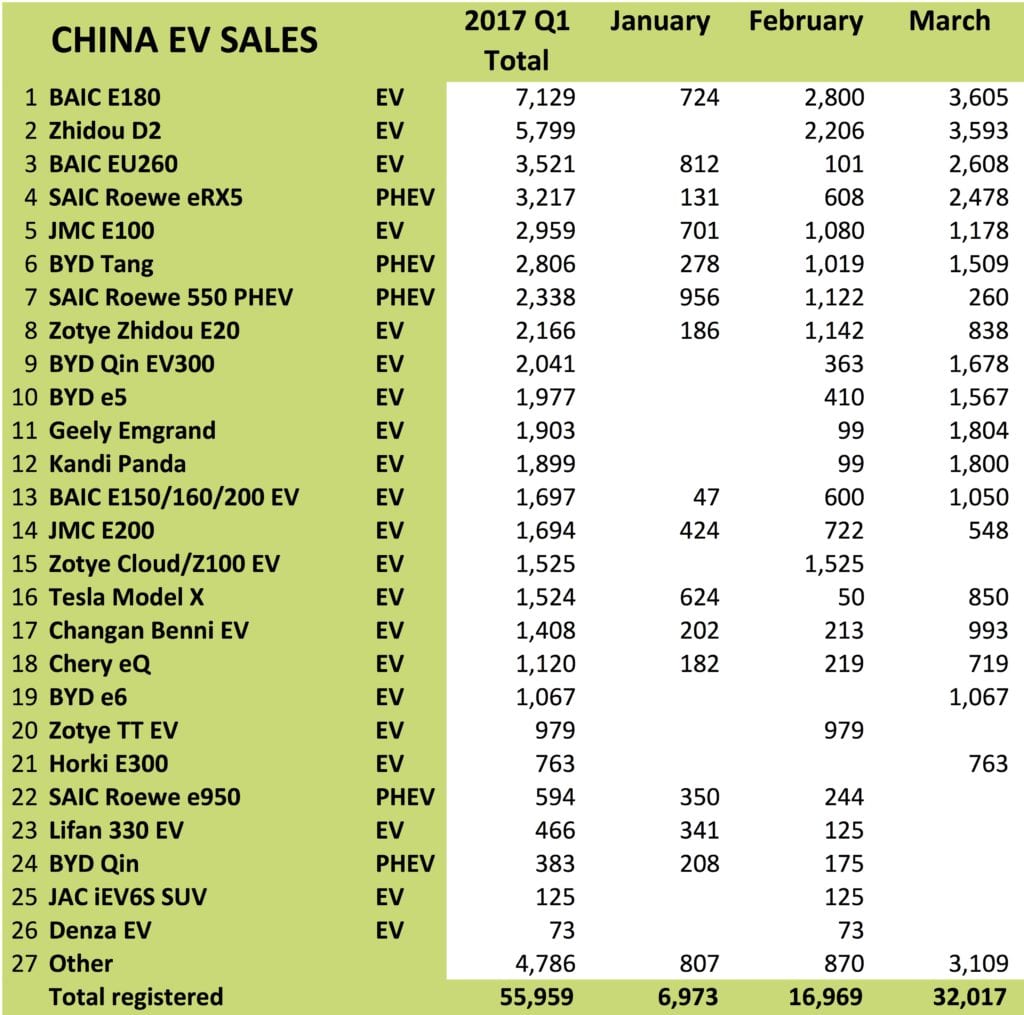