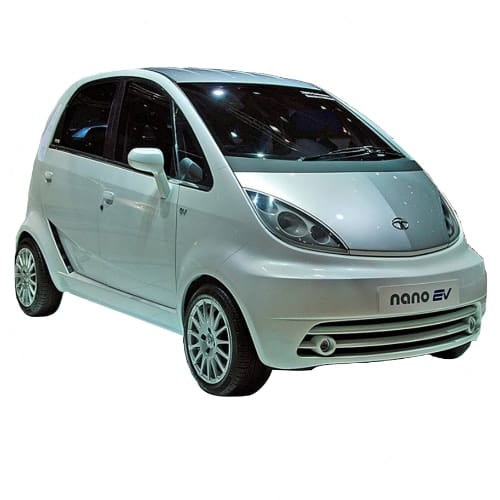 Thus far, Electric vehicles (EVs) have not seen a great deal of success in India, but thanks to some careful research and planning, some in the Indian government hope to see broad changes in coming years. The overall goal it seems is to make India a 100% EV country by the year 2030. This journey may be one of the most ambitious conversions the world has ever seen when it comes to the automobile.

The Narendra Modi government has a vision, and that vision includes bringing as much renewable energy to India as possible, and this includes making a move towards having the roadways filled with nothing but EVs by the year 2030. If they can accomplish this, it will be a feat well worth noting worldwide as this is one that is not going to be simple to achieve as it will not only take motivation from the government to accomplish but also from the general public.

While it is not likely that the country will be able to completely remove all gasoline powered automobiles from the roadways by 2030 and replace them with electric vehicles entirely, it is a goal worth working towards as plans are unrolled to cut the number of emissions released into the atmosphere, thus cutting air pollution as well as a large price for oil. As countries including China have seen a surplus of EVs, India is working to surpass others by becoming a leader in the EV market.

Nitin Gadkari, India’s road transport minister, told the automobile manufacturers that whether they liked it or not, he was going to progress the country forward to possible replacement fuels to help cut emissions. This is in part due to India signing in agreement with the Paris Climate Agreement to bring their portions of global emissions down considerably by the year 2030.

Is this goal to cut emissions by switching over to EVs only on the roadways by 2030 a feasible situation? At best, it will be difficult considering there are more than 20 million motor vehicles sold each year to more than 1 billion people in India. Again, to achieve this, it is going to take a considerable amount of cooperation and work between the government as well as the public and private business sectors of the country.

In 2017, the government has issued a tender to replace 10,000 vehicles with electric cars and a second tender even larger tender is expected in 2018. Indian auto manufacturer Tata was awarded the 2017 tender to supply 7,000 electric cars while Mahindra the remaining 3,000. On top of this, plans to completely replace all of the governmental cars in India with EVs is a giant step towards lowering fossil fuel usage and charging forward with electric vehicles in the country. Charging ports are being installed in many of India’s high-rise buildings, and taxes are being waived on the purchase of EVs in the private sector.

By the year 2025, it is expected that the cost of an electric vehicle will be comparable to the cost of a gasoline-powered vehicle in part thanks to a steady decline in the cost of the EV batteries and due to demand. India’s government has plans to produce lithium-ion batteries at Bharat Heavy Electricals, an engineering and manufacturing company located in Delhi, India.

To accomplish the 2030 goal, the government will need to make sure there is a heightened smart electrical grid with enough charging stations throughout the country to accommodate all the new electric vehicles expected to be on the roadways. Currently, there are around 100 charging stations in India, and with a lack of stations to charge, people are not able to travel long distance at this time. This means the government will need to undertake a massive amount of infrastructure in coming years to fulfill their goals. This is going to be a very difficult goal to reach as securing enough charging stations is going to be not only expensive to build, but the fact is that there are not many global battery supply companies at this time who can supply the stations in abundance and cost-effectively.

Plans are, however in development to make sure charging stations are going to be accessible. To help push this along, automakers including Toyota, Suzuki, and Nissan have begun to place bids to enter the Indian auto market with EVs suitable for the country to help boost production and fulfill the overall goals for sustainable EV production. Nissan, in particular, has been working to bring an affordable EV to the Indian market which would allow consumers to buy a new car for around USD 10,000. This is something that may seriously boost EV sales in India and be a win for all involved. Nissan’s global director has stated that this goal will need to work with the availability of batteries and charging stations in India.

Reaching the 2030 goal also has one other obstacle, and that is the civilian population of India. People like saving money and many cannot afford the higher cost of owning an electric vehicle. Even with government incentives for tax cuts, the overall success will come down to the affordability factor offered to the public to purchase and maintain an EV.

Keeping that in mind, the 2030 goal may not be entirely achievable within the timeframe set, but it is possible to come close as long as there is a focus on building infrastructure for charging stations, making EV ownership an affordable option for people and working with manufacturers to ensure batteries have power but also that the electric cars can compete with the demands of drivers today, and that will include cost as well as speed and overall vehicle design. People want cars that look good and drive fast, and if the EV manufacturers can offer those things on top of affordability and longer battery charges, then bringing India closer to a strictly electric vehicle country is a possibility in the future.