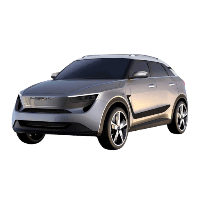 A new EV start-up from down under, H2X, announced this week that it would start selling fuel cell electric vehicles in Australian by July 2021. The founding members of H2X Australia Chris Reitz, who helped design the Riversimple Rasa FCEV, Fiat 500 and the Alfa Romeo Giulietta, and Brendan Norman, a former BMW, and VW executive, both worked at the Chinese FCEV company Grove. The pair is bolstered by a team of 70 hires, including Peter Zienau, a project leader of the Chevrolet Bolt, and Ian Thompson, the development lead for the Tesla Roadster.

H2X showed illustrations of some vehicles it might produce, including heavy vehicles and passenger vehicles. H2X plans to start building prototypes for testing as early as November 2020. The company plans to start with the heavy vehicles, which is a better use case for the technology. H2X further plans to bring an SUV to the market by 2024. The SUV featured in the presentation is called the H2X Snowy.
H2X operates from Port Kembla, New South Wales, and was formed with the help of investments from a construction company, Elvin Group and Ken Mathews, owner of the Denzo Group, a renewable energy company.
The H2X strategy is to develop two platforms, a 300 kW to 550 kW powertrain consisting of two fuel cells, and a 60 kW to 190kW fuel cell with a battery pack. The larger platform is for trucks and busses, while the smaller ones for the SUV and tractors. Initially, the company will produce only 3,700 vehicles per annum and then ramp-up to 25,000 vehicles by 2025.