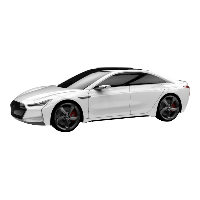 The leader of the clone wars, Shanghai-based Youxia, got a new lease on life this week as the company secured $800 million (¥5 Billion) to develop its clone of the Tesla Model S, the Youxia Ranger X. Youxia which represent Robin Hood-like nights in Chinese culture surely aims to take from the rich and give the poor figuratively speaking as it aims to launch its Tesla Model S lookalike EV at less than half the price of the original. Youxia was founded in 2014 by IT Entrepreneur Huang Xiuyuan, a self-confessed fan of the 80s show Knight Rider, featuring Michael Knight and his autonomous Pontiac Trans Am named KITT. It is no secret that a Tesla Model S was stripped down by Youxia’s 50 engineers when it developed the Youxia Ranger X. Youxia claimed at the time that it will bring the Ranger X to market in 2017 but went silent late in 2016.