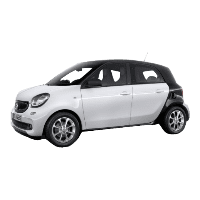 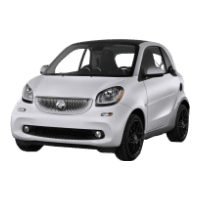 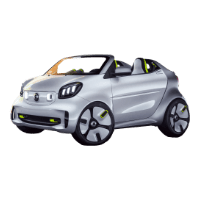 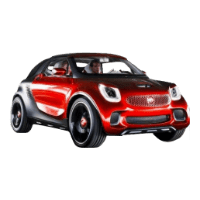 The Daimler brand smart celebrated its 20 anniversary at the Paris Motor Show with the smart forease show car, interpreting and embodying the fun urban driving brand. The smart forease is based on the standard-production smart EQ fortwo cabrio and can therefore be driven.

2018 Week 7 Long waiting time if you order a Smart

According to a survey by the German publication “Automobilwoche” the success of electric cars in Germany seems to be the technologies biggest risk as prospective buyers now face delivery times that can have them waiting as long as a year for their new EV. The problem is not isolated to buyers of imported vehicles only but also local brands such as Volkswagen where buyers have to wait until October 2018 for delivery of e new e-Golf purchased today.

SMART CEO Annette Winkler said that the increase in demand is much stronger and faster than could have expected and planned for with the companies suppliers, resulting in buyers only receiving their new Smart by the end of 2018 or early 2019.

Mercedes to unveil a new Smart edition at the Geneva Auto Show – the Smart Nightsky Edition which will be available with a 22kW onboard charger from March 2018, reducing charge time significantly to compensate for the short range of the Smart EV.

Daimler announced the creation of its new EV specific brand, EQ, at the Frankfurt Auto Show in September 2016. This week the luxury carmaker showed us more of its Vision EQ by unveiling the Smart Vision EQ ForTwo in the week running up to the Frankfurt Auto Show. According to the company, the Smart EQ provides a new vision of urban mobility where individualization options make the shared vehicle feel like “your” vehicle. The Smart EQ is the first vehicle from the Daimler Group to take the logical step of dispensing with a steering wheel and pedals.

The Smart EQ is developed according to the German automaker’s CASE strategy which stands for the strategic pillars of connectivity (Connected), autonomous driving (Autonomous), flexible use (Shared & Services) and electric drive systems (Electric). EQ plans to introduce more than ten new electric cars by 2022, from the Smart up to a large SUV.

The Smart EQ has a battery capacity of 30kWh, nearly double that of the 2017 Smart ForTwo ED. The vehicle functions are controlled via personal mobile device or voice input, an arrangement that is intuitive, convenient and hygienic.

Dispensing with conventional control elements makes the white interior appear even more spacious. The dashboard is replaced by a 24-inch (58.5 x 15.6 cm) screen which is surrounded by a rose gold-colored frame.

Daimler will also unveil the Mercedes Concept EQA teased above at the Frankfurt Auto Show.

Mercedes-Benz announced the pricing for the 2017 Smart Fortwo electric drive coupe and Cabrio to be released in the summer for the US market. The new pricing for the iconic city electric vehicle will start at only $23,800 and $28,000 for the Cabrio. Pricing excludes federal and state tax incentives, levies, and a $750 destination and delivery charge.

Mercedes USA announced that its SMART brand will stop selling combustion based Smart ForFour and ForTwo models in the USA and Canada. The brand will focus on electric models only in a report by Reuters.

Daimler’s city car brand, Smart, unveiled new electric versions of its SmartForTwo, SmartForFour, and Cabriolet models. The vehicles, designed for City living has a range of around 100miles and sports a clever new innovation to optimize the regenerative braking system by using a laser to determine the traffic nd selecting the best mode accordingly.