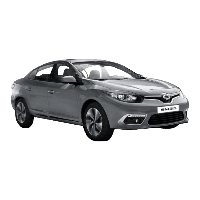 Renault Samsung Motors (RSM) unveiled the 2018 Renault Samsung SM3 Z.E. at the Daegu International Future Auto Expo this week. The 2018 Samsung SM3 ZE is based on the Renault Fluence Z.E. which has been discontinued in Europe in 2016. The locally assembled Samsung SM3 Z.E  received a battery upgrade from 22kWh to 36kW delivering an extended range of 132 miles (213km).

The 2018 model is available at a pre-release price 41.5 million SK Won, which is in the region of $38,000, on order. Sales for the Samsung SM3 Z.E. totaled around 3,500 units since its release in 2013 with reports saying that the Ministry of Health purchased 1,200 units earlier the year. According to the statement of the company, the Samsung SM3 has an autonomy of 5 days based on the average commute in South Korea of around 40km per day (25 miles).