The London Taxi Company is 100% owned by Geely, one of China’s largest auto manufacturers. Geely with UK Government support constructed a dedicated electric vehicle plant in Antsy, Coventry in 2017. The London Taxi Company electric vehicles line-up include the range-extended Taxi, based on the iconic black London Cab and new Light Commercial Vehicle. The impetus for investing in the manufacturing of an electric version of the London Black Cab is two-fold: 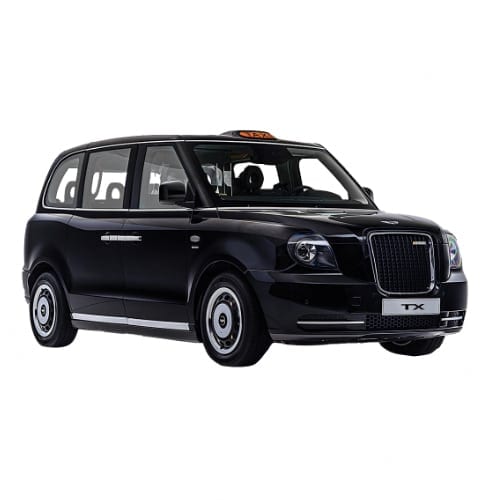 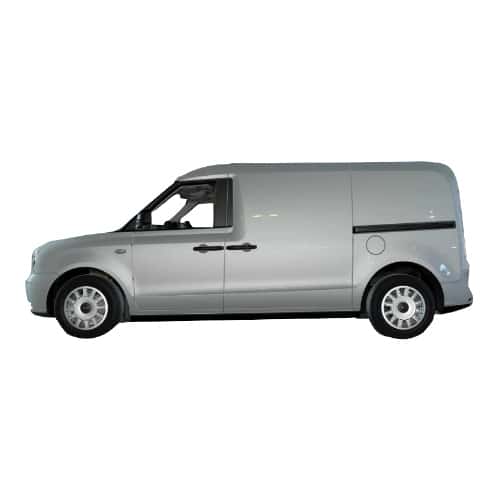 Go to our detailed breakdown of Global EV Sales to see how London Taxi Co fares to its competitors in the fast-growing EV market.

London Taxi Co, the Geely owned company since 2013, this week unveiled its production-ready electric taxi, the TX, which is based on the FX4 black cab that went out of production in 1984. The 60-year-old British company changed its strategy to produce electric vehicles exclusively and opened its EV production facility at the end of March in Ansty, Coventry, and will rebrand itself as the London Electric Vehicle Company (LEVC).  The new model will be a range extended car with a 70-mile (112km) electric range and 400-mile (640km) total range. The first 150 black cabs will be seen on London’s roads from November 2017 to comply with Transport of London’s (TfL)new rules that all new cabs must have zero emissions capability from 1 January 2018 with the intent to phase out diesel cabs by 2023. TfL will support the initiative with co-developing 80 charging points by 2018 which will increase to 200 by 2020. The average London Cabbie covers around 120 miles (192km) per day and costs around £43,000 ($56,000) which is financed by the London Taxi Co through a private hire vehicle finance scheme. Although no formal pricing have been announced word on the street is that the TX will sell for around £50,000 ($65,000). LEVC also announced that it already received an order for 225 TX’s from the Dutch taxi operator, RMC, for use in Amsterdam. The TX competes with the Uber financed Toyota Prius and Mercedes Benz Euro 6 Vito Taxi (not EV), priced at £47,000 ($75,200).

Geely‘s London Taxi Company this week opened a dedicated 20,000 unit per year electric vehicle plant in the UK, bringing Geely‘s investment in the company to £325 million. The plant located in Antsy, Coventry is the first all-new vehicle manufacturing facility constructed in the UK for the last 10-years. The investment by Geely, the second investment from China in the UK sector over the last two weeks, will create more than 1,000 jobs, of which 230 will be engineering jobs. A couple of weeks back Shanghai-listed Far East Smarter Energy Group announced an investment in UK-based Detroit Electric for the manufacturing of the SP:01 EV, creating 400 jobs.

The taxi EV manufactured at the plant undergoes stringent testing, including being exposed to extreme weather conditions and covers over 500,000km / 310,000 miles. The London Taxi Company’s research and development team of around 200 people based at Antsy have been developing the company’s lightweight EV platform, which together with Volvo‘s electric car powertrain provides the basis for an ultra low emission commercial vehicle. Volvo, also owned by Geely, providing further technical experience. The commercial launch is in the 4th quarter 2017 for the UK market and 2018 for the international market.