Owned by Chinese auto parts company Wanxiang Group, who bought the remnants of Fisker Automotive in 2013. Wanxiang Group was one of the first automakers to receive a production certificate allowing it to produce electric vehicles in 2016. Karma delivered the first Revero’s in the USA during May 2017. 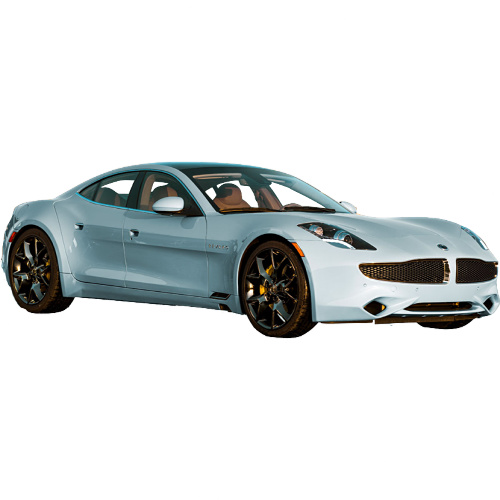 See how the price and range of Karma EV models compare with its competitors in key markets.

Go to our detailed breakdown of Global EV Sales to see how KARMA AUTOMOTIVE fares to its competitors in the fast-growing EV market.

KARMA AUTOMOTIVE IN THE NEWS

KARMA Automotive announced that itis to present three models during the 2019 Shanghai Auto Show in April. The models are the Karma Revero, Karma Vision pure electric concept car and the collaboration with Pininfarina below on the left.

The Wanxiang Group announced the first deliveries of the Karma PHEV in the USA and Canada. The Revero is priced at $130,000.

The Chinese-owned, California-based Karma Automotive finally lifted the lid on its Tesla fighting electric vehicle the Revero, which would signal the second round of the battle between the two companies. The first round ended in what we know Tesla to be today and Fisker Automotive going into bankruptcy in 2012. It seems the company has learned a couple of lessons from the first round and its flagship model, the Revero, will include innovations such as a solar paneled roof to charge the vehicle.  The production version is expected to hit the market in the Q1 2017 and will have a range of 50 miles (80km) in pure electric mode and cost between $125,000 and $150,00.