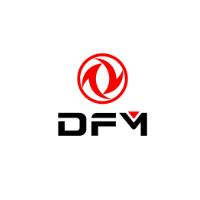 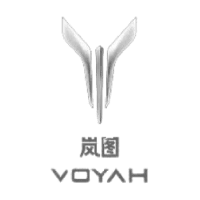 The Renault Nissan Alliance and Dongfeng Motor Group forged a partnership to co-develop electric vehicles in China according to a press release by Nissan. The new JV company is called eGT New Energy Automotive Co and will focus on the core competencies of each to produce EVs for the Chinese market. The first vehicle by eGT will be an A-segment SUV based on the Renault Nissan platform. The vehicle will be an intelligent and interconnected EV, which is the new rage in China. Alibaba and SAIC released the first successful mass-market interconnected car last year, the Roewe eRX5 SUV.

“This project is the result of a joint effort to develop electric vehicles for the Chinese market, by the ‘Golden Triangle’ formed by Dongfeng, Renault, and Nissan, with an innovative business model,” said Zhu Yanfeng, Chairman of Dongfeng. “We expect to meet the transformation trend of the market in China; where cars are becoming light, electric, intelligent, interconnected and shared. This is also a testimony of a deepened and strengthened strategic cooperation between the three parties.”

The new venture is owned 25% each by Renault and Nissan while Dongfeng will hold the remaining 50% and headquartered in the City of Shiyan, Hubei Province. Assembly of the EV will be done at the 120,000 capacity Dongfeng plant in Shiyan and will commence in 2019.

Kia‘s Chinese partnership with Dongfeng, Dongfeng Yueda, announced this week that it would produce three pure electric and two plug-in hybrid models by 2020. The Korean due, Kia and its sister company Hyundai has experienced a drastic decline in sales and profits over the last year and have been behind most of their peers in bringing EVs to the fast growing Chinese electric vehicle market.

The state-owned Chinese automaker Dongfeng, a top four vehicle producer in China, which primary strategy has historically been the production of localized cars of various international auto companies such as the PSA Group, Hyundai, Honda, Nissan, and Kia. The company’s in-house developed vehicles are sold under the Dongfeng Fengshen brand which up to now had little EV models. On the 3rd of July, the GM of Dongfeng Fengshen announced during the unveiling of its AX4 SUV that the company will focus on SUVs and EVs from now going forward. The GM, Mr. Lui Hong, did not specify if the vehicles will be based on the new AX5 SUV, AX7 or the E70.

Dongfeng announced that it will introduce a new EV-specific brand at the 2017 Shanghai Auto Show. The brand will is named Jun Feng. The first two vehicles announced for the brand was the Jun Feng ER30 SKIO, based on the 2010 Nissan March and the E17, based on the 2014 Dongfeng Fengshen A60 Concept EV.