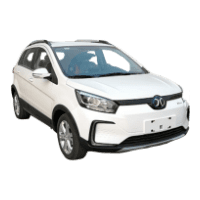 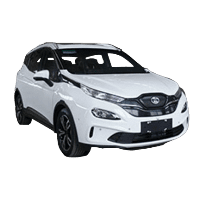 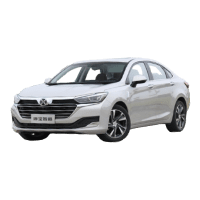 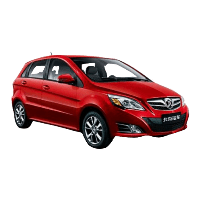 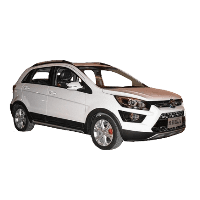 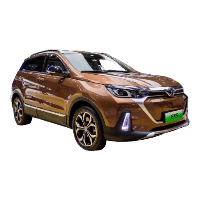 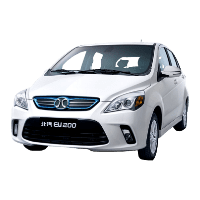 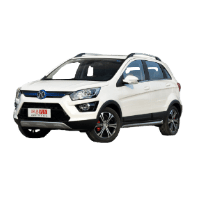 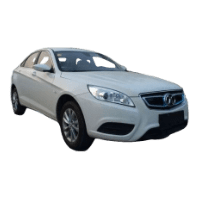 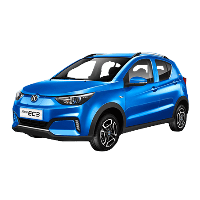 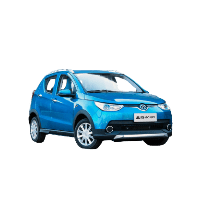 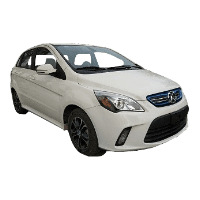 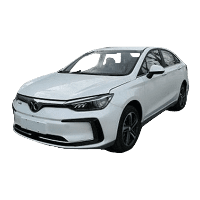 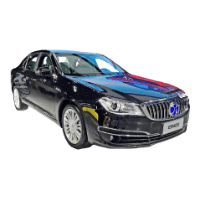 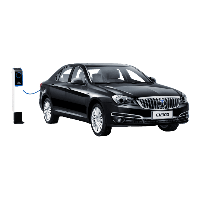 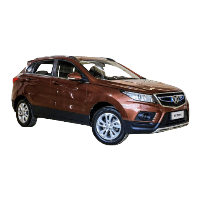 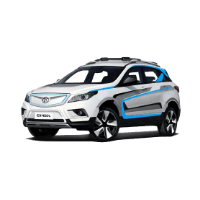 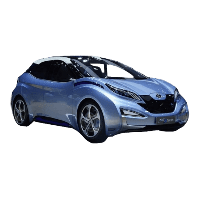 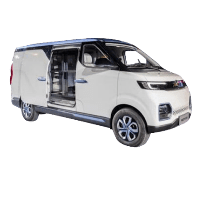 On May 28 this year, Beijing Auto announced the termination of the Senova brand. The Senova brand is merged with BAIC New Energy but still sell combustion models next to electric models such as the new EU7. The BAIC Senova Zhida X3 introduced at the Shanghai Auto Show in April this year went on pre-sale recently as the Beijing Zhida X3, being the first car from the brand. 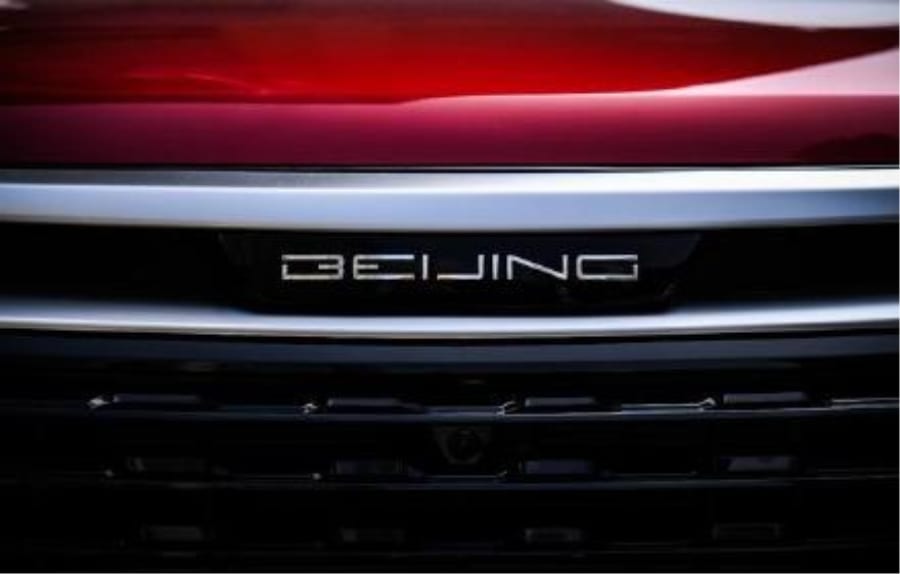 BAIC this week entered into a joint venture with Canadian auto parts company Magna to produce high-end pure electric passenger vehicles. The JV shareholders are both subsidiaries of the parties as shares are held through BAIC New Energy and Magna Ireland. The new JV aims to produce 150,000 vehicles per annum at a budgeted investment of 2 billion yuan. The two parties will jointly develop the high-end intelligent pure electric vehicle platform, and provide new energy vehicle engineering services. The joint venture company established by the two parties plans to use the existing plant of BAIC Group in Zhenjiang, Jiangsu Province, and the first mass-production model is scheduled to be put into operation in 2020. 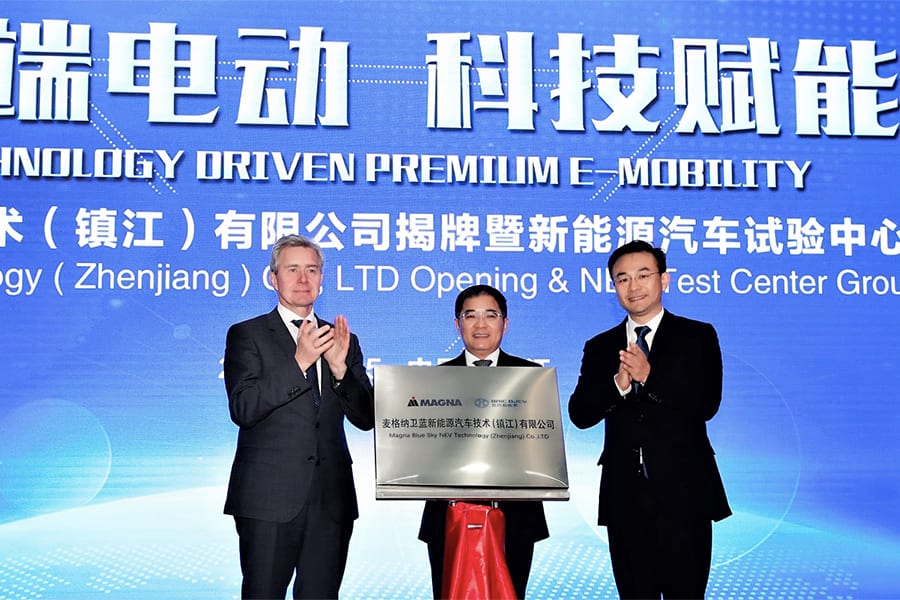 I previously reported that BAIC would stop selling combustion vehicles by 2025 through a phased out approach starting in 2020 in Beijing. The state-owned auto manufacturer announced this week that it would stop producing Internal Combustion Vehicles (ICE) at its Beijing plants from the end of July 2018 and focus on EV manufacturing. The move is part of a major restructuring of the company’s operations which involve its partnership with Mercedes. Previously the two companies entered into an agreement to expand and upgrade the JV’s EV strategy with an injection of RMB 11.939 billion (Week 27/2017) in Beijing Benz Automotive Co., Ltd. BAIC Beijing will manufacture all Mercedes pure electric EVs (EQ brand). The first phase of the plant will be able to produce 150,000 units per annum from the end of 2019, in time for the release of the EQC. In June BAIC and Magna entered into an agreement to create the equivalent of an EV “Foxconn,” producing EVs for companies such as BJEV, Didi, Singulato, and other EV start-ups, to this end BAIC will upgrade its 300,000 unit Zhaoquanying Town, Shunyi District, Beijing plant. BAIC will also list its BAIC BJEV EV unit which manufactures the ARCFOX EV brand in Q3 of this year.

BAIC announced at the 2018 Auto China in Beijing that it will start assembling EVs in South Africa, following BYD which is constructing an EV assembly plant in Morrocco. BAIC was the top-selling EV manufacturer (pure EVs) globally in 2017, beating Tesla and Nissan.

Most of BAIC’s sales came from the popular BAIC EC180. BAIC did not expand on its plans on how it will deal with the lack of charging infrastructure in the Southern African country. The backward thinking South African government had an opportunity to back one of the first EV manufacturers, the local Optimal Energy Juole, but decided against supporting the company partly because the management was white. Currently, there is only a hand full of EV charging stations in the two of the major centers with Nissan and BMW selling a few of the older generation Nissan Leaf and BMW i3’s. The country is also yet to decide on a charging standard as the two car’s are using two different standards. Nissan also called on the South African government last week to do more to catch up with the rest of the world on its plans for electric cars or risk being left behind.

BAIC chairman Xu Heyi indicated that it will start setting-up a plant with a capacity of 100,000 vehicles at the end June. He did not indicate what level of the assembly will be done locally.

Daimler and Chinese BAIC Motors this week agreed to increase the investment in the Sino-German Joint Venture, Beijing Benz Automotive Co (BBAC), to manufacture electric vehicles. The partners agreed to a further investment of 5 billion yuan (655 million euros / $735 million) at a signing of the heads of agreement in Berlin in the presence of German Chancellor Dr. Angela Merkel and Chinese President Xi Jinping. The investment by the German automaker is a further commitment to electric vehicles as it implements the aggressive electric vehicle strategy formulated in 2016. BBAC is the localization of the Mercedes-Benz brand in terms of the Chinese Government’s efforts to strengthen its vehicle sector and will see its first electric vehicle rolling off the production line in 2020.

The investment will be used to extend the BBAC plant in Beijing, established in 2005 and already Daimler’s largest Mercedes-Benz passenger car production hub, to become a BEV production hub in China. The establishment of a BEV production hub will commence with the building of an eBattery factory, which would be Daimler’s first foreign location of its global battery production network. Daimler plans to invest one of the ten billion euro earmarked for its electric vehicle strategy in the global battery production network for Mercedes-Benz vehicles. The network already includes the site in Kamenz, Saxony, built in 2010, where a second state of the art battery factory is being built with an investment of around 500 million euros. Mercedes-Benz will source the cells for its battery plant in Beijing from Chinese suppliers.