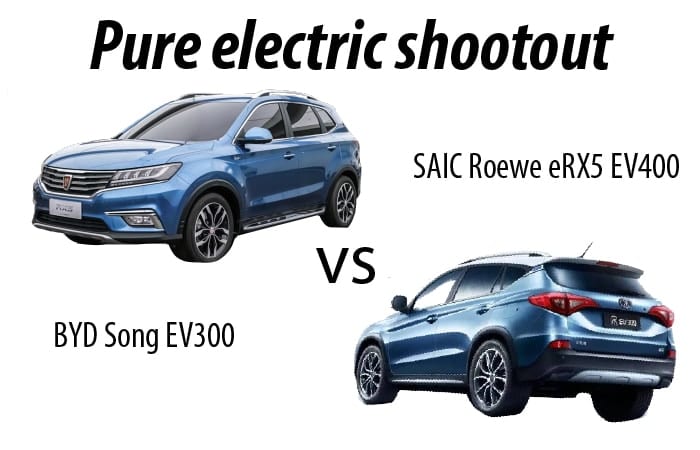 This year saw the launch of two much-anticipated pure electric versions of popular SUVs of 2016, the BYD Song EV300 and SAIC Roewe eRX5 EV400. Interest pre-launch was very high with the SAIAC Roewe eRX5 receiving 3,000 pre-orders in just 4 days.The mini-car segment has thus ben the best performer in the Chinese electric vehicle sector, but since the launch of

The mini-car segment has thus ben the best performer in the Chinese electric vehicle sector, but since the launch of these two models, the SUV segment has been the second best-performing segment. Since the launch of the BYD Song in May 2017 followed by the Roewe eRX5 a month later nearly 6,000 units have been sold, with the SAIC Roewe eRX5 holding the record for most sales in a month thus far. 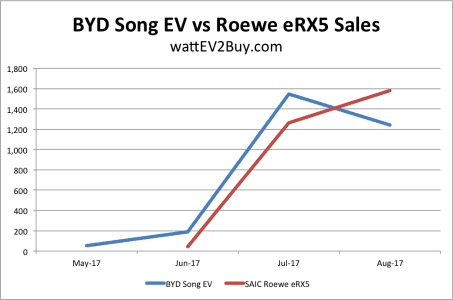 Though the MSRP before incentives favors the BYD Song, the subsidized price of the vehicles is relatively the same, with the Roewe eRX 5 marginally lower. The lower price for the Roewe eRX5 is due to it benefiting from an extra 10% subsidy since its battery energy density is higher than 120Wh/kg. The eRX5 subsidy is therefore 72,600 yuan to total a sales price of 198,800 yuan, and the Song receives a 66,000 yuan subsidy, ultimately costing 199,900 yuan.

The reason why the Roewe eRX5 has a better energy density is that it uses a Ternary Lithium battery, generating weight savings and resulting in longer mileage. The BYD Song on the other hand still uses a lithium iron phosphate battery which is heavier and packs less energy. We expect this to change in the near future as BYD has started using Ternary Lithium batteries in its plug-in hybrid models.

The Roewe eRX5 pure electric version is equipped with a 7kW AC charger and higher power DC fast charger than the BYD Song EV300. The SAIC Roewe eRX5 charges on Level 2 in only 7 hours, compared to 10 of the BYD Song and fast charge to 80% full in 40 minutes whereas the Song takes over an hour.

The BYD Song EV300’s styling, which is the same as the 2016 ICE and PHEV model is still very much according to the traditional BYD look and has not yet benefited from the recent appointment of Audi’s former head of design, Wolfgang Egger. The SAIC Roewe eRX5 styling, on the other hand, has a more western influence resulting in a stylish feeling and modern sense of technology due to its full LCD instrument panel (12.3 inch) and a 10-inch multimedia display.

BYD has a basic configuration, focused on practicality first. The BYD Song EV300 offers a multi-function steering wheel, leather seats, automatic air conditioning, color control of its multimedia screen, panoramic sunroof and much more, giving the owner real value for his money. The Song EV300 instrument panel fully embodies the characteristics of practical first. Although the interface is relatively simple, the functionality is reasonable and information rich. In addition, the Song EV300 has optional seat heating, which is not available in the eRX5.

Although the eRX5 is seen as the more technologically advanced of the two vehicles the Song does not completely fall behind with 360 ° panoramic image, PM2.5 green net system, a Carpad multimedia system, TPMS tire pressure monitoring system and a BOS brake priority system.

The SAIC Roewe eRX5 benefits from ALIBABA and SAIC co-operating in 2016 to develop the first internet car, providing software and Internet functions such as Ali cloud and the Zebra Zhixingc internet-connection system. In addition, Roewe ERX5 is also equipped with dynamic energy management, remote control, battery doctors and other technical solutions. The 12.3 inch full LCD dashboard display is also remarkable. Unlike the BYD Song, the Roewe eRX5 uses driving control keys, concentrated near the gears. The MODE button is used to adjust the driving mode and the KERS button is used to adjust the energy recovery strength. The BATTERY button is inherited from the plugged-in version of the eRX5 but does not work on the pure eRX5. There are three driving modes, namely, standard, sports, energy saving. After switching the driving mode, the theme color of the dashboard changes. Although the Roewe eRX5 is not 4WD it is equipped with active anti-roll, steep slope slow down, ramp support and other functions. The Roewe eRX5’s central armrest incorporates an air purifier.

The eRX5 EV400 and its ICE and PHEV version has the same boot space and is not influenced by the battery pack. The Song EV300 luggage compartment floor is elevated by 4cm from its ICE version. The Rowe eRX5 has a front compartment of 60L, just enough for two backpacks under the engine cover.

Both vehicles have pro’s and con’s but since they are evenly priced the SAIC Roewe eRX5 with its longer range and technology trumps the BYD Song’s extras in my opinion. BYD might be the undisputed leader in Chinese electric vehicle market for the moment but the entry of models such as the SAIC Roewe eRX5 will challenge BYDs position in the future 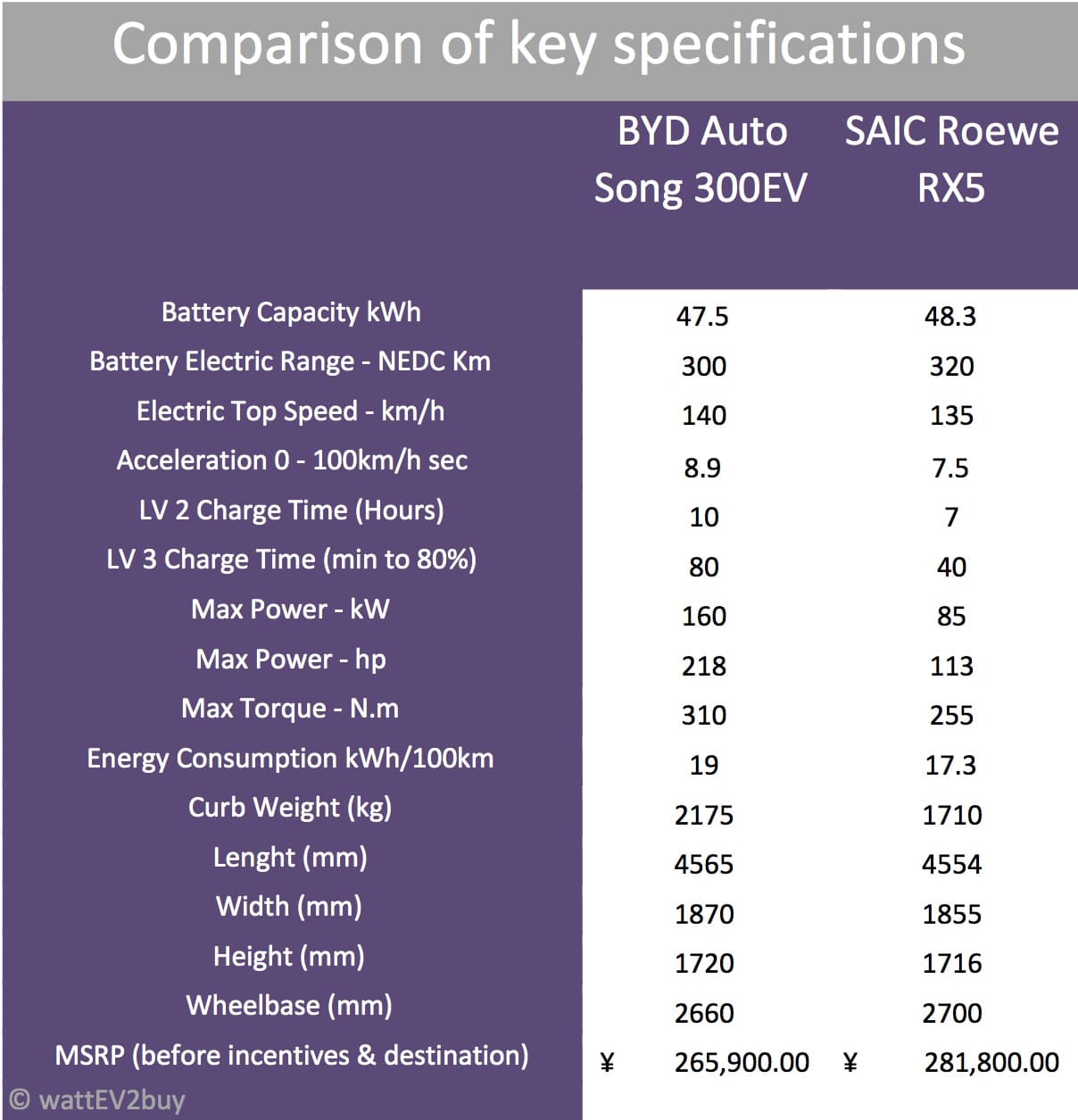