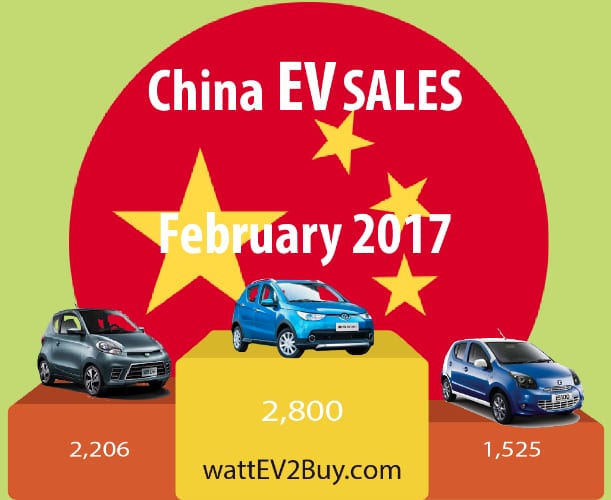 We all held our breath after the disappointing January EV’s sales from the world’s largest market in the sector. January sales were hit by a double whammy of the annual Chinese holiday season and a clamp down on subsidy fraud that plagued the Chinese EV sector, resulting in much stricter regulations by the Chinese Government.

February sales nearly tripled, with the new-comers the BAIC EC180 EV and SAIC Roewe eRX5 PHEV causing much of the stir. The SAIC Roewe SUV PHEV, introduced in the second half of 2016 is known as the Alibaba Connected Car, running Alibaba’s YunOS software, making the RX5 the world’s first internet car.

Small cars took the Top 4 positions for the month with the small hatchback BAIC EC180 outselling the rest by a long shot. The BAIC EC180, with a range of 180km at a top speed of 100km/h on a 41hp electric motor. BAIC remained the best performing brand for the year with total sales of over 5,000 units followed by SAIC Roewe.

BYD, China’s best-selling brand in 2016 with over 100,000 units from its five models, were the under performer with less than 2,500 units sold for the year-to-date. BYD is 10% owned by Warren Buffet’s Berkshire Hathaway.

BEV’s outsold PHEV by 3-to-1. Total sales in 2016 were 351,861 units, setting a huge target for the world’s largest EV market. Judging from the first two months sales, it seems difficult to breach. 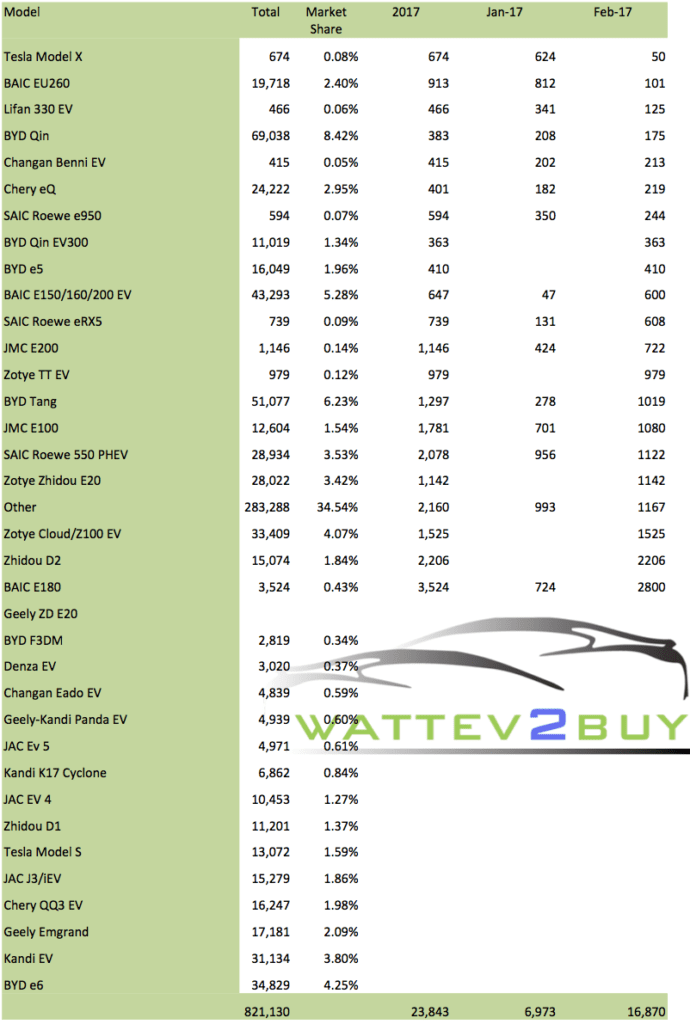